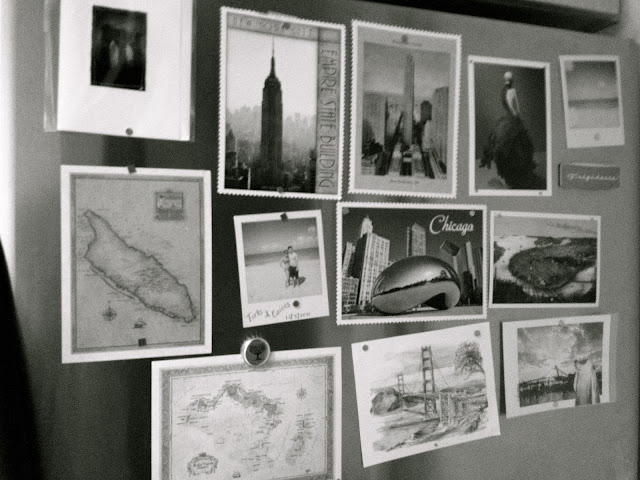 For the past two years, I have been collecting postcards from special places or in cities Dave and I have visited together (except for the Alex McQueen exhibition Met postcard). Sometimes it's difficult to find unique looking postcards worth collecting especially when you travel to touristic cities where souvenir shops are saturated with ugly generic postcards that you can get for cheap. However, there's always a small selection of nicer looking quality postcards which you will have to fork out more than $1-2 instead of the typical 5 for $1 prices and those are the ones I pick to collect. I've put up some of my fav ones on our fridge. The ones that look vintage are my usual picks. 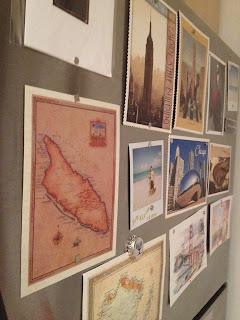 I also put up some genuine Polaroid pics taken during our last trip to Turks and Caicos with one of Dave's old school Polaroid camera. We keepin' it old school -*Sh-sh-shake it like a polaroid picture!- except Polaroid films are sooo expensive since the company has discontinued making films of this original size. Each shot we take cost approximately $6 and this is an estimate based on prices we saw on Ebay which seems like the only place Polaroid films of this size are still available. People are selling expired films for hundreds of dollars actually. Dave has also saved two boxes of films in the fridge expired since 2009  but still work!

I also have a keychain collection!
What do you collect on trips? 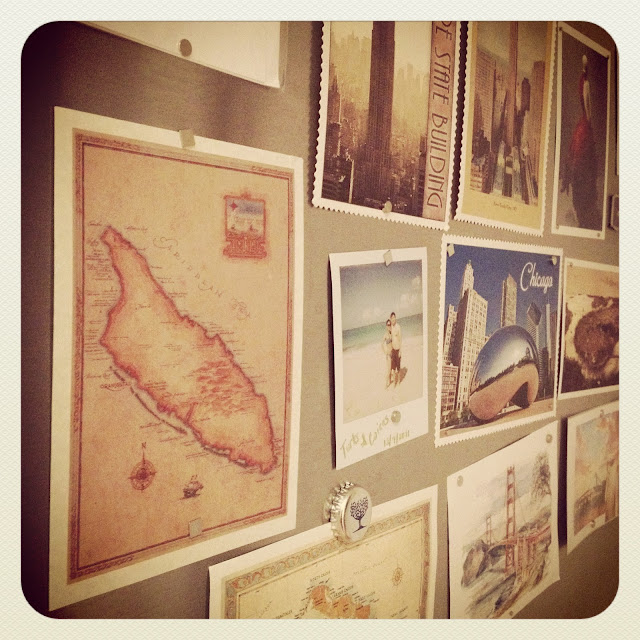