My DIY stud purse..just when I thought it was done.. 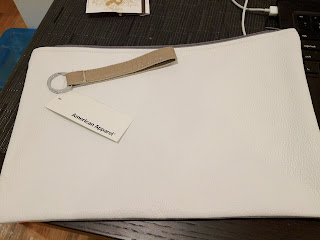 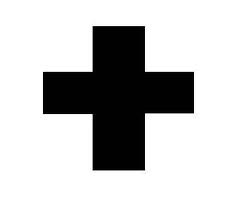 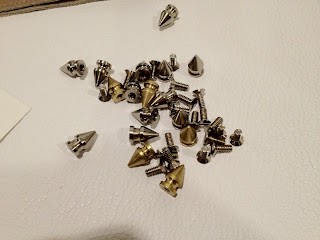 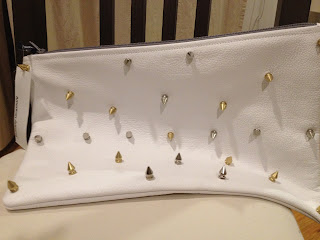 BUT! It's not finished! After a few suggestions from some fashionable gals. I've decided to add more studs! Oh but it's not as simple as it looks. To manually add holes with a piercer and screw the studs through one by one is not a simple task at all. After I pierced the first hole, I was thinking, what did I get myself into?!

First, I had to figure out where to place my studs and a design..I had a few designs in mind but it didn't pan out once I placed them on the pouch and the studs didn't look particularly good in clusters. I ended up with a simple design but the best one. 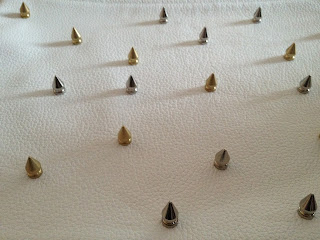 Once the design was decided, I drew points with a pencil and I started piercing holes one by one hoping I don't mess up and that every stud is placed at the right spot. The studs actually don't readily go through the holes and they have to be screwed in before the hole closes back because it's leather. I've never worked with leather before so this was pretty interesting. 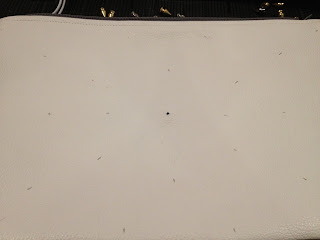 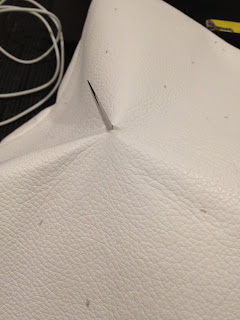 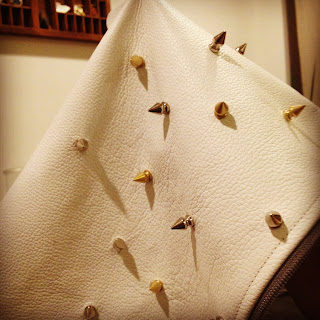 I will add more studs as a gradient from bottom to top as suggested by my friend..and then I'm naming the bag after her! 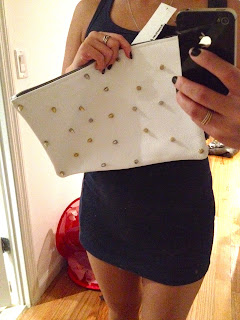