Have you guys seen this video of Christian Louboutin promoting Saks' new Louboutin's boutique? I took a peak but did not touch. 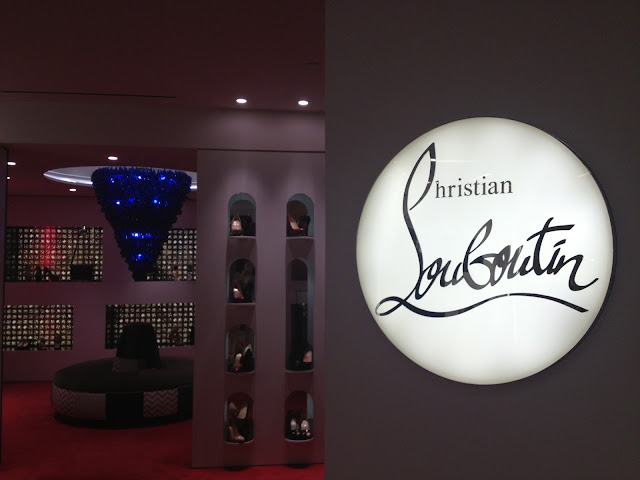 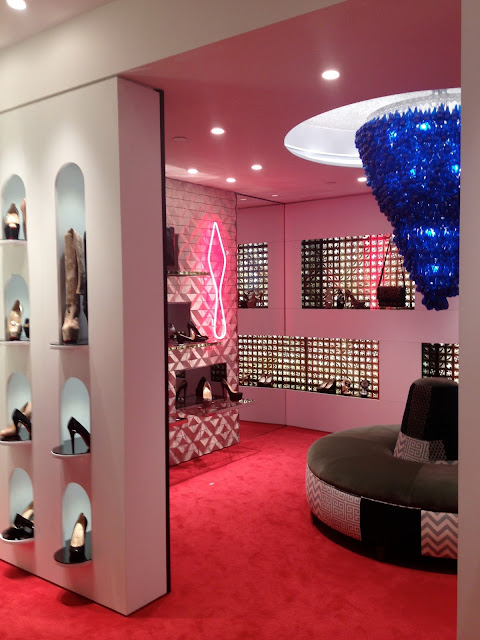 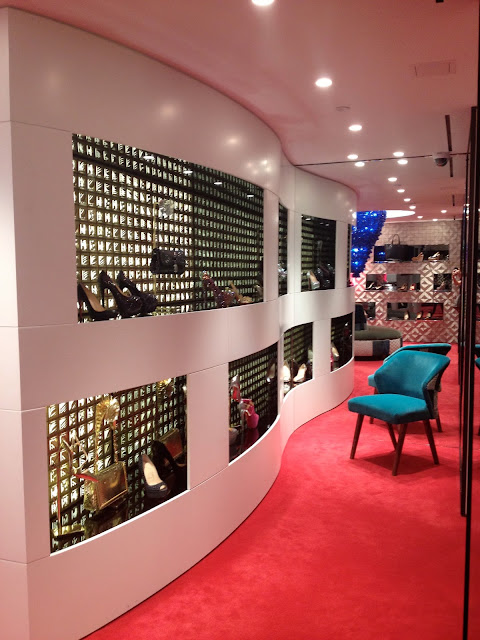 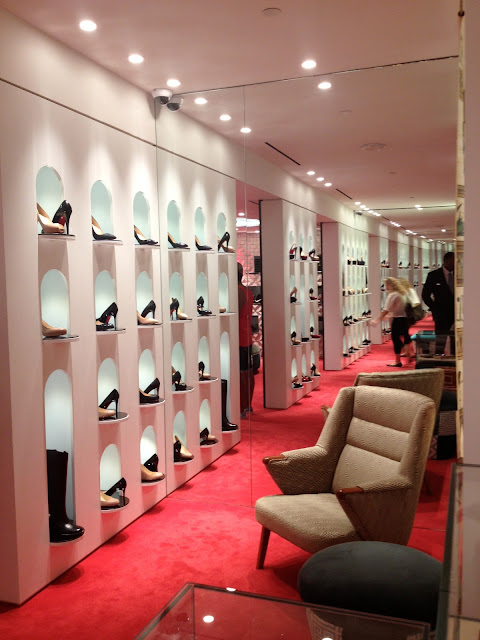 This weekend was all about (almost) Dave. He needed a pair of dress shoes, a tie and maybe a vest or some shirts for the wedding....I know, we're 20 days away. It's kind of last minute therefore, it was critical to SHOP (It is rare nowadays to go shopping for something you really really need). We headed to Saks Fifth Avenue first to check out the post July 4th sales. Women's sale items had an additional 50% off while menswear was 60-70% off retail price. So of course, while he shopped, I looked as well. Express elevator to the shoe floor on the 8th floor I went...

My instagram photos revealed two pairs of shoes I tried on in real time. The first pair was a pair of Jimmy Choo. They were more than 60% off retail which made them a little less than sample sale prices however, with taxes, it actually came to about the same. $184 + taxes.  However, unlike sample sales, there were no lines and shoving and general unpleasantness. I didn't get them because they were too narrow. Even after the sales associate went to stretch them out for me, they were still uncomfortable.

My second find was a pair of Charles Phillip Shanghai. I have never really heard of the brand? I saw many pairs lying around in different patterns but then these tweed ones caught my eye. They were the only one left and was 1/2 size more than my usual size. While other CP shoes were marked down to $50 from $135, these ones were only $27. The sales associate said he can give me soles and to "just buy them for godsakes, they are $20 something dollars". So I did! But of course I didn't blindly just purchase them due to price, they felt very comfortable and light. These would be perfect for work or a light stroll.

Oh right, shopping for shoes was all for Dave so let's talk about that. Unfortunately, the only pair of black shoes he found and liked was missing its match. Someone else had purchased the same pair of shoes but got mismatched pairs so now, Dave needs to wait and hope that the other customer realizes sooner rather than later and return them. But, let's hope the other dude doesn't need the same size as Dave.  With the possibility of never finding the other pair, he bought backup shoes from Macy's which look almost the same but not of the same quality. So, he left without shoes but did score a nice Hugo Boss shirt for $27 (orig. $135). 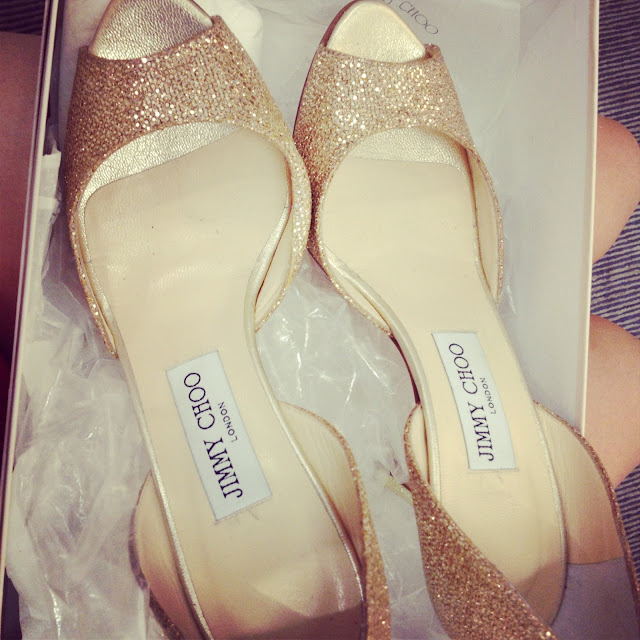