In Pictures: Alex Winston performs at Le Poisson Rouge May 31 2014

After seeing her perform at CitizenM's slumber party back in April, Alex Winston has become one of my favorite artists to loop on Spotify. I like her entire album 'King Con' and there is not one song on there I don't like to hum too. Dave even found out that she was part of La Blogotheque's Take Away Show years ago which increased her major coolness factor by a ton. Her rendition of Choice Notes is very le cool.

Randomly Googling her one day, I by chance found out that she was going to do a show at Le Poisson Rouge in New York city.  I put it on my calendar and made sure to snag tickets as soon as they went on sale. I was pretty excited because when she was performing at CitizenM, I have to admit that I wasn't paying attention 100% (Busy chatting, instagramming, tagging, tweeting..you know the drill. It was a blogger party after all!). I regretted it.
I had also never been to Le Poisson Rouge which made going to the show even more thrilling. My other favorite artist Lykke Li, performed there once back in 2010. She has since released a couple of albums, toured worldwide and we last saw her perform in New York city at the lengenderary Apollo theater.

I wish the same success for Alex.

Picture time!
Alex Winston is a very lively performer. It was difficult for me to get a non-blurry pic with my point and shoot. It was also difficult to get a good shot of her because somehow, tall guys like to stand in front of me during concerts. It's almost a tradition now. Why can't it never be a shortie? 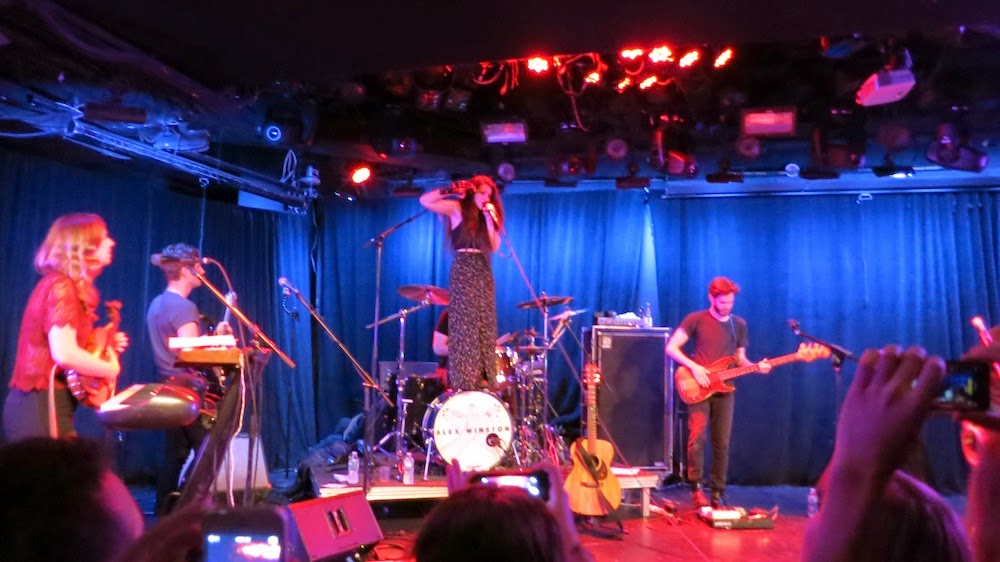 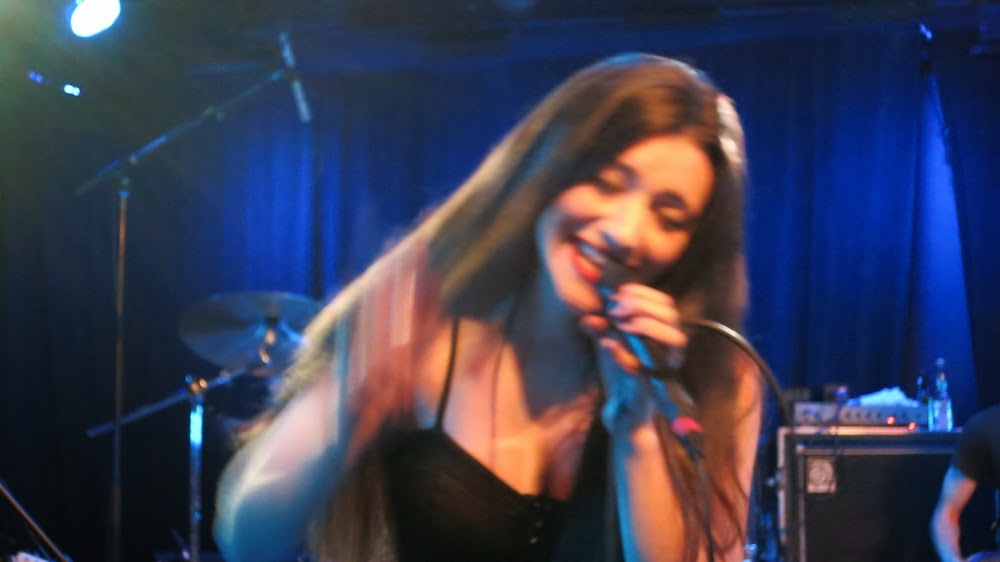 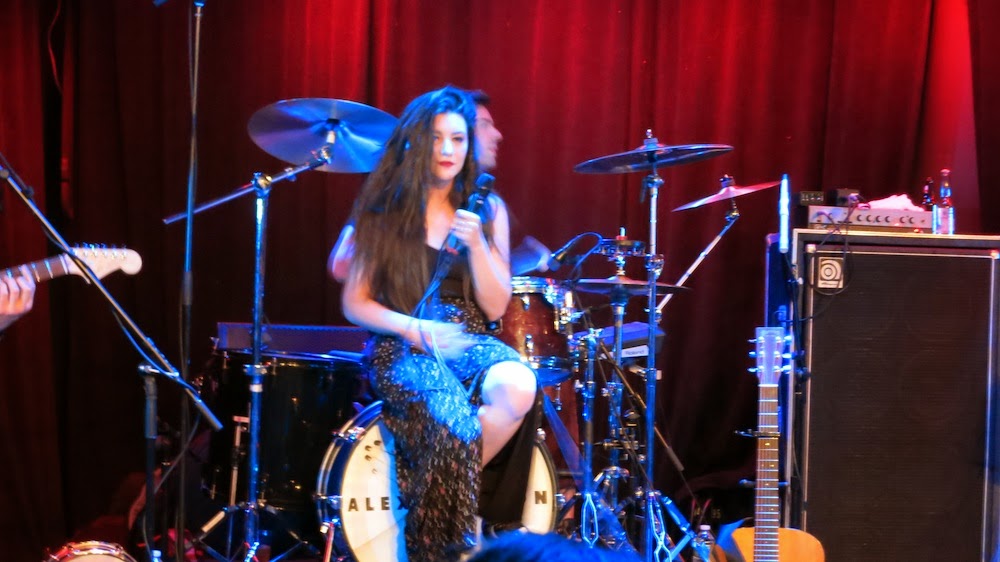 Finally some downtime allowing me to take a couple of non-blurry pics (sorta)... 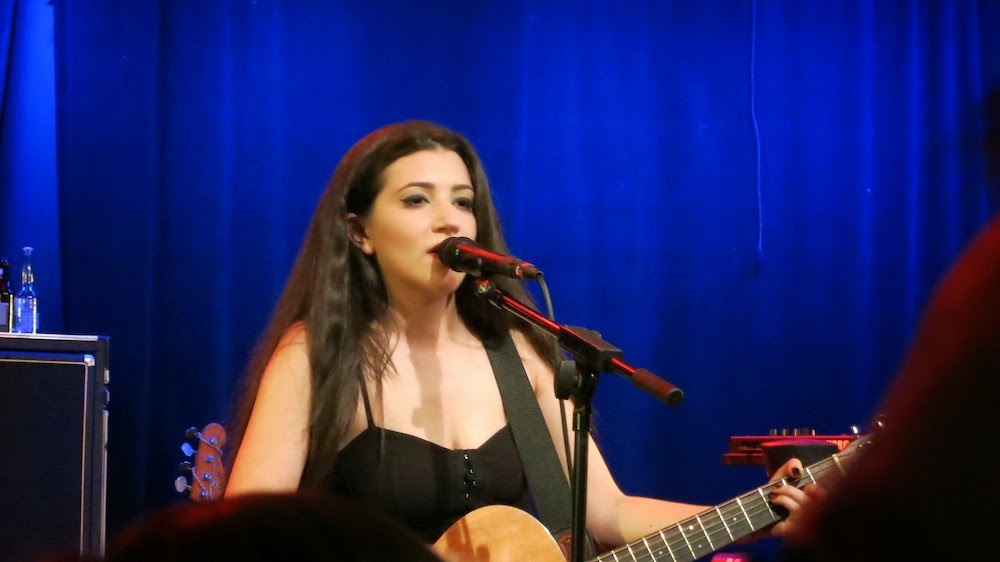 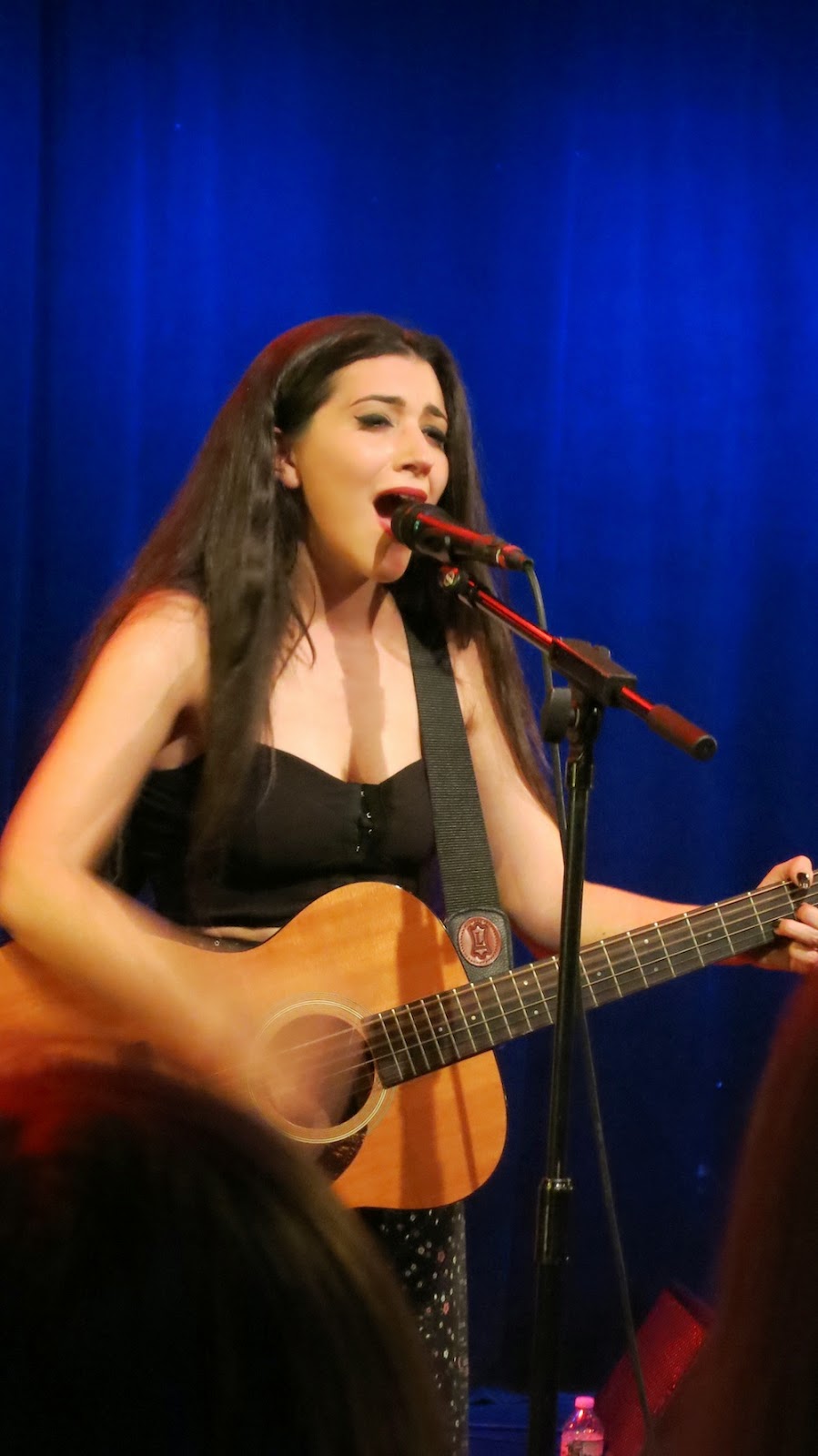 Hmmm I guess I don't have that many good pictures after all. I took videos which also suck because of the tall dude. Most of the time it's me trying to not shoot the back of his head.

Here's a picture before the show.... Do not order the Riesling. 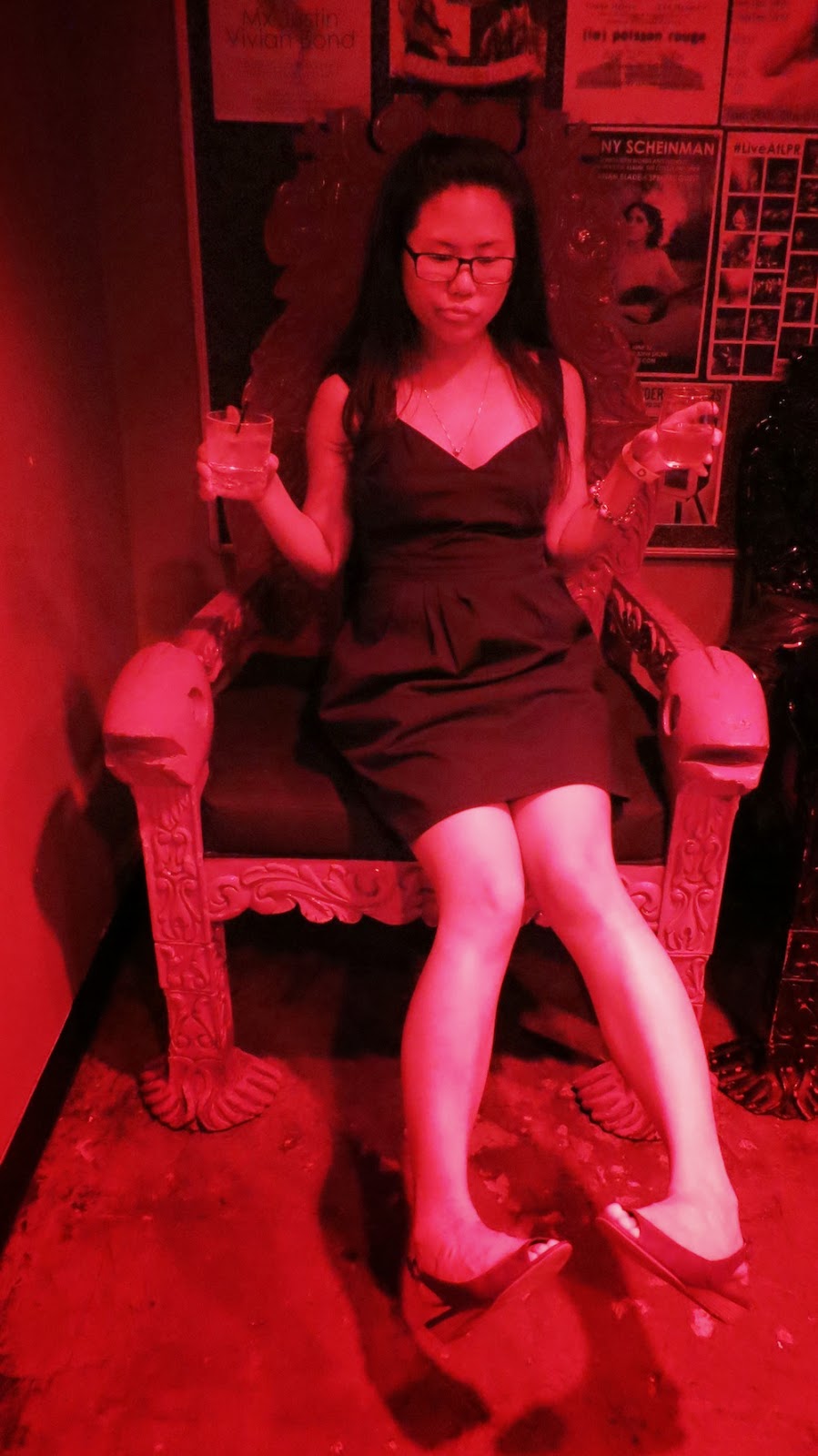 Thanks for stopping by xx
Posted by Keiko at 9:00 AM