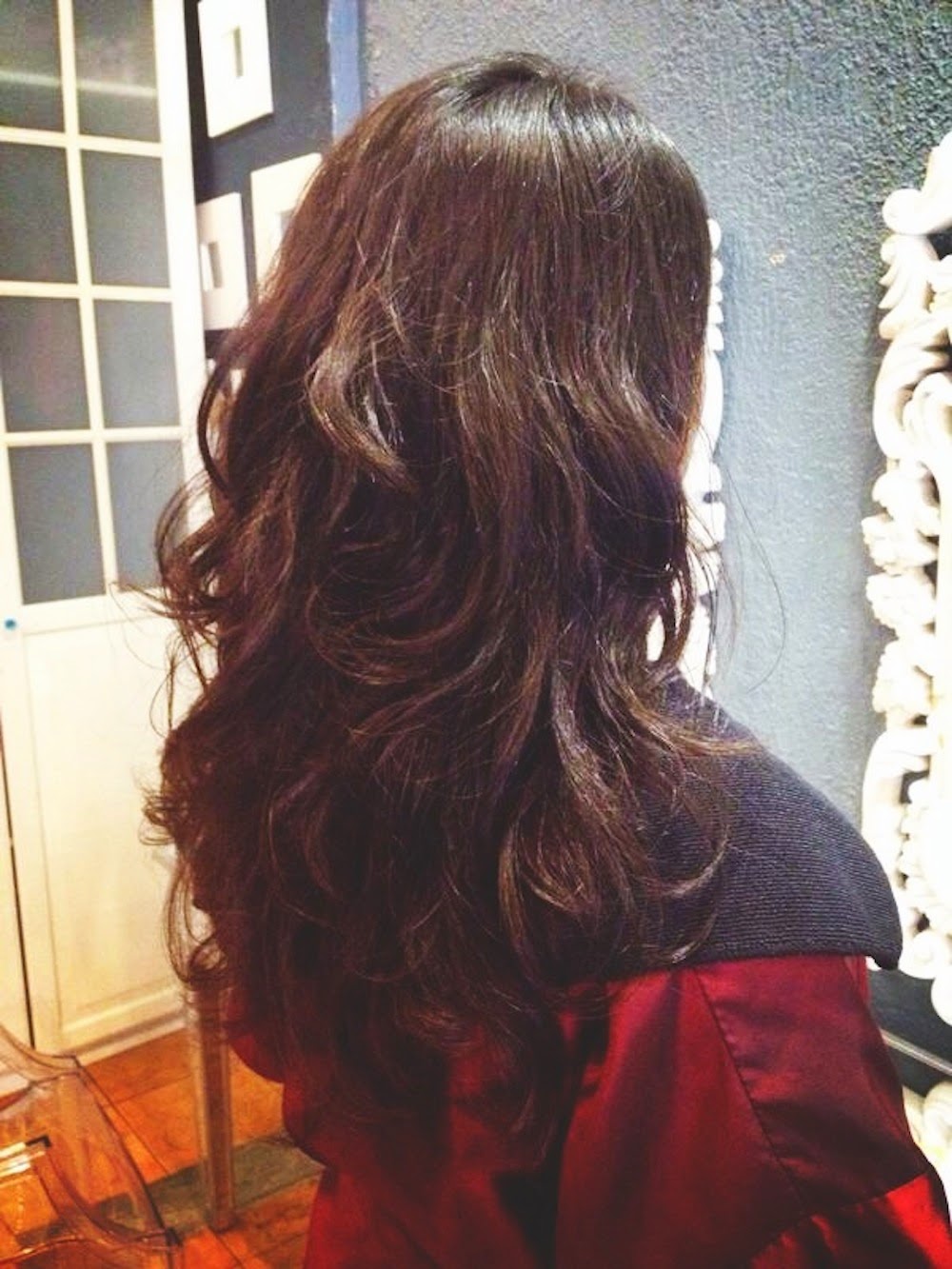 Four days without a hair wash is super rare for me but this past weekend, after a digital perm, it was recommended to leave my hair alone for at least two days. I persevered for four. During the summertime, I usually cannot go over two days without a hair wash or else Dave would divorce me. What I mean is that my hair gets so oily and emits a stench that I do not want to describe in full or I might actually lose some readers (Can anyone relate?) It's so bad that I can even use it as a scare tactic or even for a 'dare' on Dave. Anyway...What I mean is, I wash my hair often and salute those who are able to go shampoo-less for months. I could never, ever.


A year ago, I got my first digital perm at a salon I found via Yelp (don't remember the name of it anymore!) I didn't love the perm at first but after a few weeks and even over 6 months, I loved how my hair had these nice soft curls which was exactly how I wished my hair would be permanently. On good days, it looked like I put some effort into coiffing my hair but really didn't even bother brushing it. It was the only reason I went this long without a haircut (except for cutting my own bangs and the occasional compulsive trimming of my split ends). I wanted to keep my soft curls for as long as I could (and also because the cut and perm cost me almost $400 and I wanted to make it last for as long as I could). Definitely a new record for me. Well, I finally gave in 2 weeks short and found a new place to do it all over again. My hair was also getting really thick and heavy for the summer (like wearing a fur hat); it was also taking longer to blow-dry my hair (that extra 5 minutes really blows. Pun intended.); hair getting caught in my pits during my Vixen workout and accidentally (maybe) whipping Dave's face when it's up in a pony tail.

This time, I picked another salon on the upper east side called &HairLounge (they have three locations) and my stylist's name is Kazuki (Because of his name, I thought this salon was Japanese-operated but it's Chinese.) I was actually only looking for a cut and was on the fence about getting my hair permed again. Friends of friends were recommending this place for haircuts but when I saw that they had satisfied digital perm customers, the idea of it resurfaced. Loving curls, I went ahead and splurged for another treatment. This time though, it was less than $280 (including a 20% discount and tips). Still expensive but hopefully, I'll make it last.

I actually like how it came out this time. It's more subtle than my first perm. So much so that no one has commented on it so far at work (also probably because it's been tied up for two days). My only regret is probably not cutting it shorter so if I do wait another year before my next cut, my hair might be frolicking the top of my tush.

My before and after shot.... 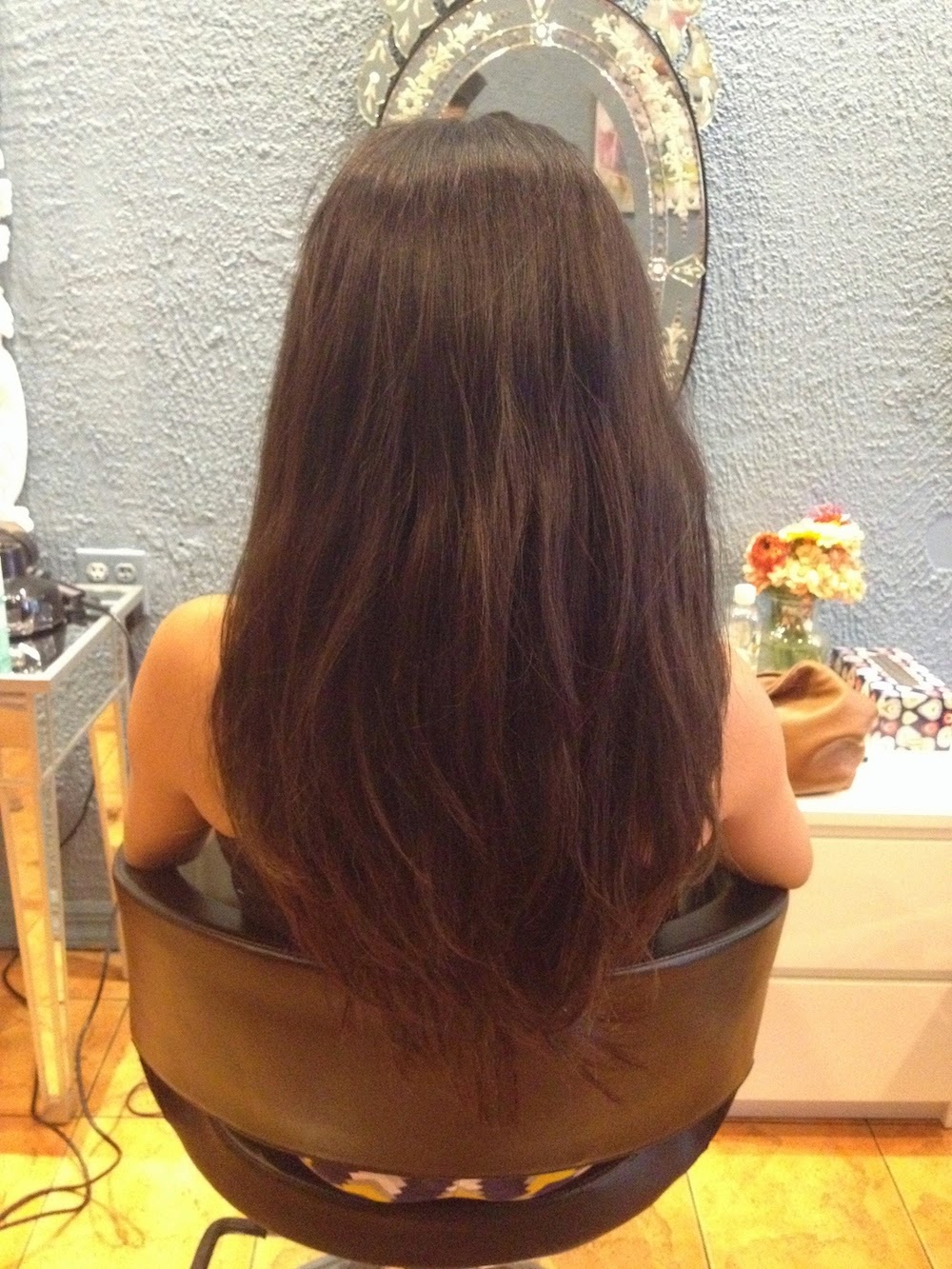 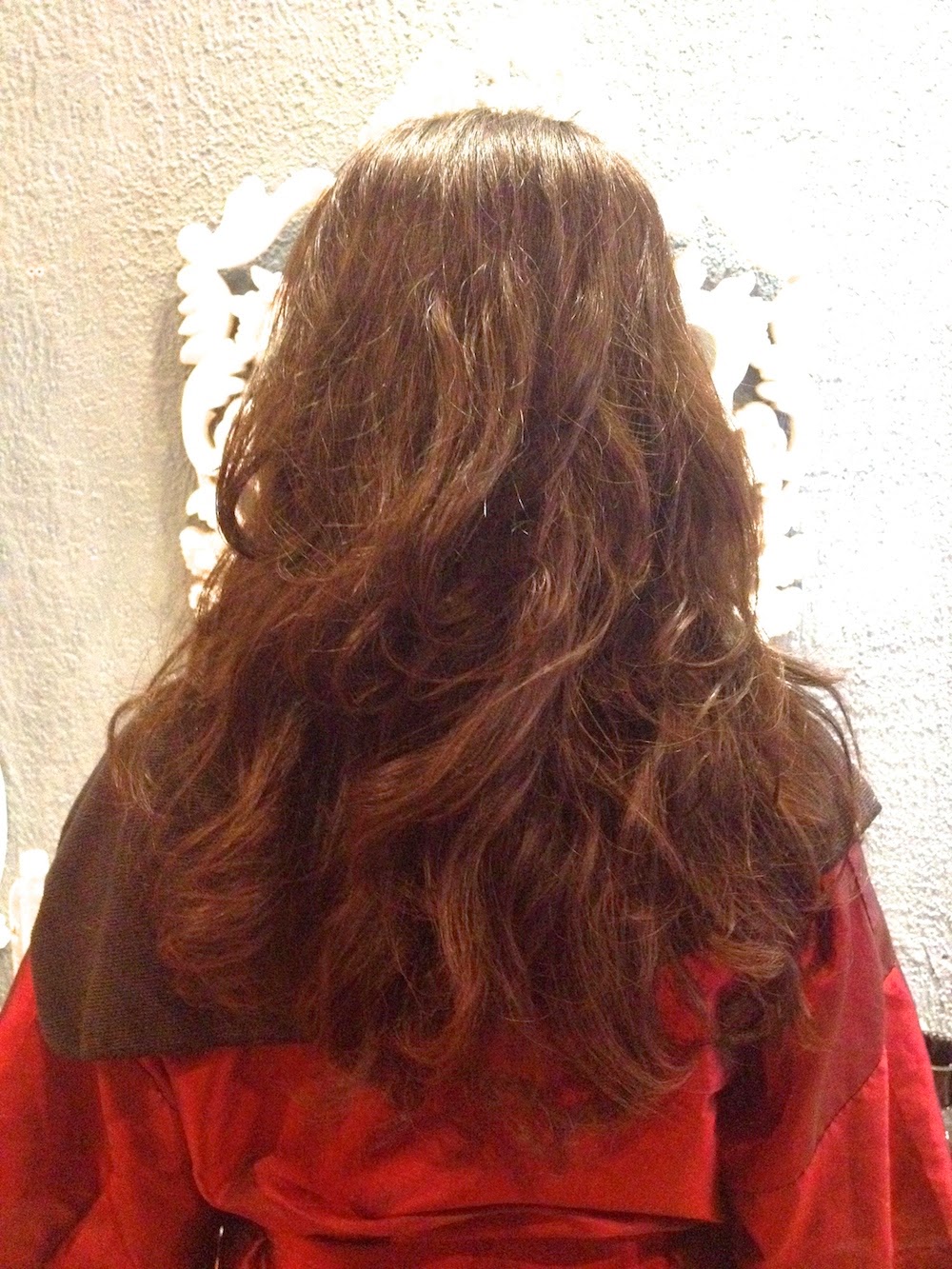 Thanks for reading x
Posted by Keiko at 12:28 PM