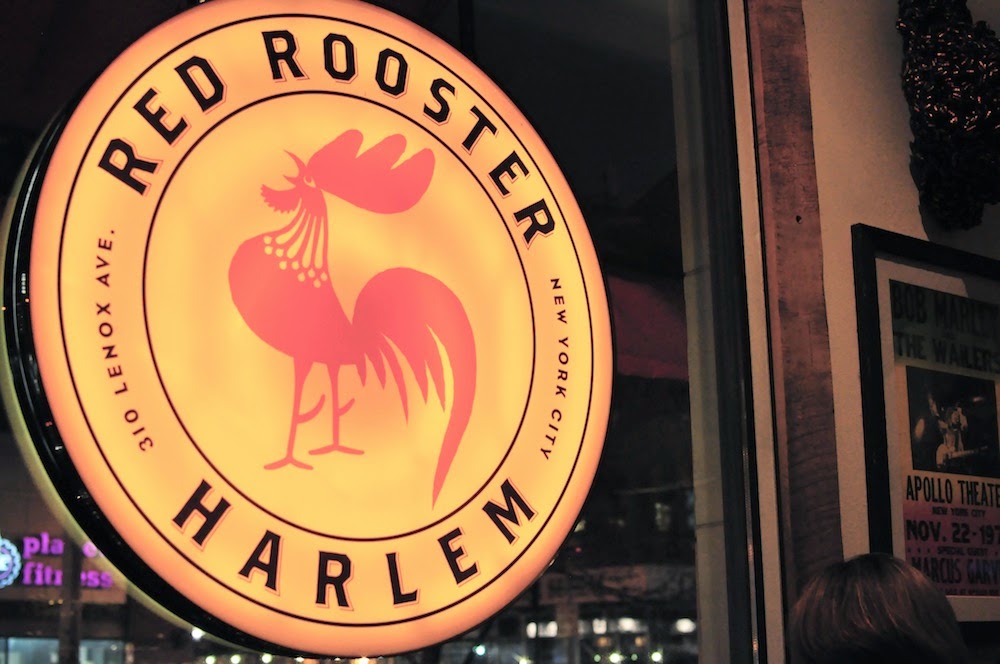 Long before moving to Harlem, Red Rooster has always been on our radar and on our (infinite) 'to-eat' list. But how many times have we showed up there but only to walk away because of the long queue? On a Friday night or the weekend, a typical wait time for dinner is maybe one to three-hour long and people seem to be willing to wait. Not us though, we always give up and head to Sylvia's just a block away instead or Amy Ruth's. This has already happened three times and one time, it was totally my fault for mixing up our reservation dates (sorry to my sister Melissa!). But finally, for our one year wedding anniversary, I made reservations a couple of weeks in advance to secure a favorable time slot as I think you can always snatch up a last minute reservation for late hours between 9:30 and 11 p.m.

Well, was it worth it? I hear a lot of "the food is okay" from people who have gone before. Some of them have also been multiple times so I am sure the food is more than okay. I personally thought our meal was very good. Not mind-blowing nor outstanding but it definitely finger lickin' good (The Fried Bird!). Below are some pictures I took of our meal and my thoughts. We also checked out Ginny's Supperclub afterwards since admission was free with our Red Rooster receipt in hand! Chop and Quench performed that night and it was super entertaining, exotic and so different. It was the perfect way to end the night!


A Shrimp and Papaya salad to start. We passed on the deviled eggs and cornbread which was recommended. The was actually just "okay". The papaya was warm but probably because of the warm shrimps on top of it? 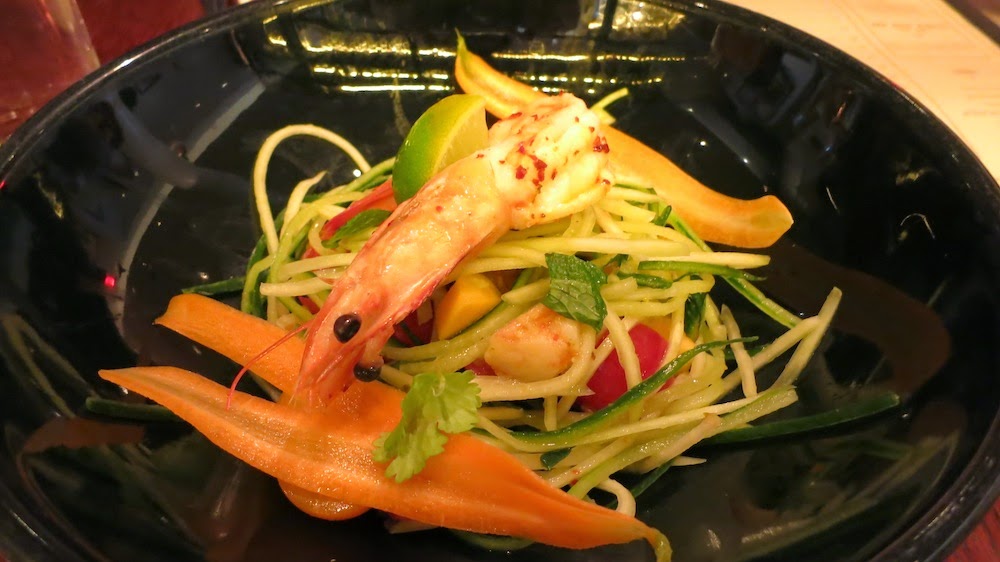 Dave ordered a pitcher of the 'Yes, Chef' punch for the two but since I couldn't finish my first drink, he basically drank the entire thing by himself - and only used the bathroom once. He wasn't even drunk (maybe they forgot to put the alcohol?). My drink was a little stronger and I was tipsy half way through. Nothing new about me and my alcohol tolerance.


Dave ordered the Oxtail Pappardelle which was pretty delicious. I really liked the tender meat and the pasta! I like pasta in general so it's always a win. 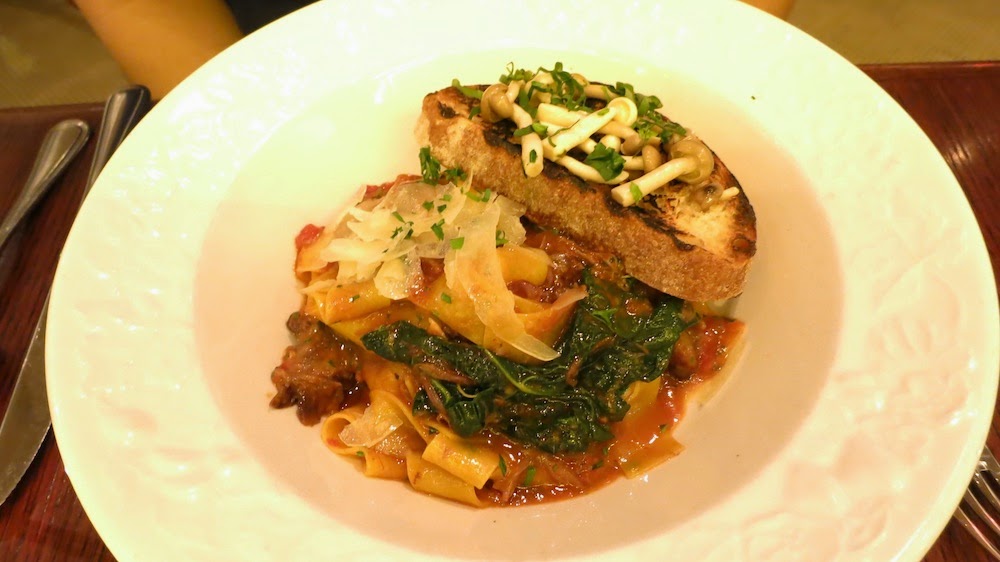 I got the Fried Yardbird which was better than I expected. I usually don't favor fried food as a meal but I wanted to try Marcus Samuelsson's twist on this popular comfort food. The chicken was super crispy and nicely seasoned. The dish garnered a lot of attention from neighboring tables and practically everyone sitting in the same row as us were chomping down on this dish. I admit that the dish caught my attention when I also saw other people order it... 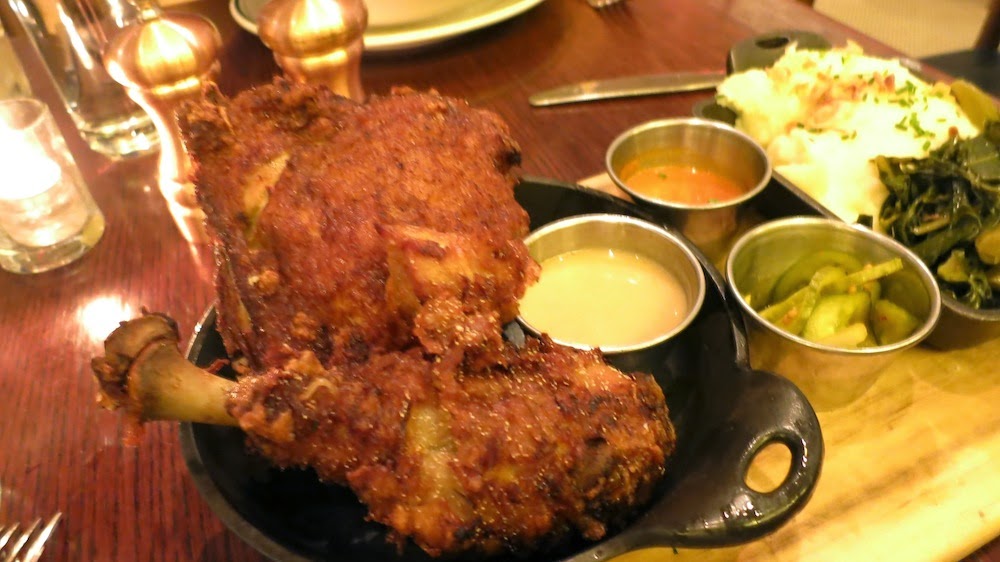 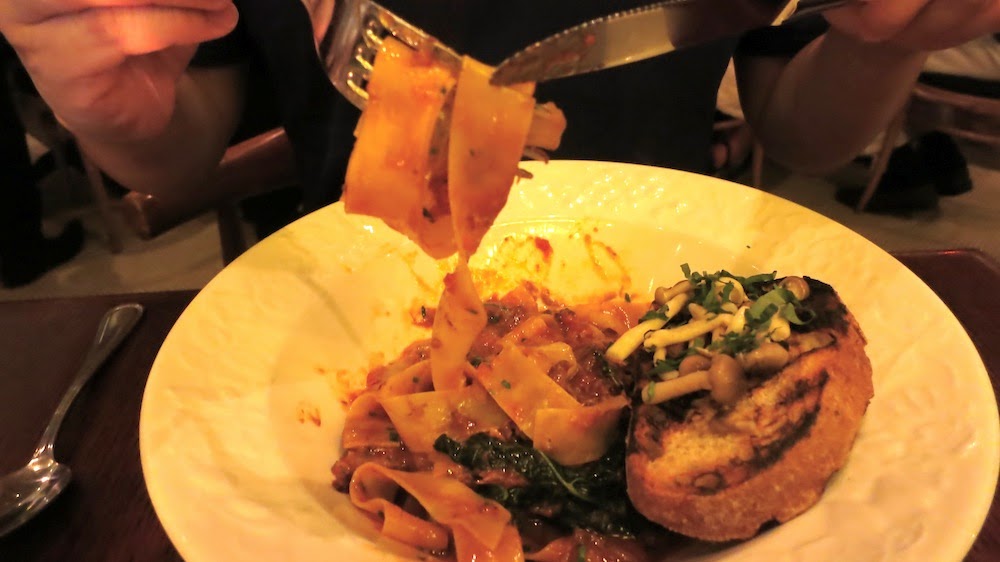 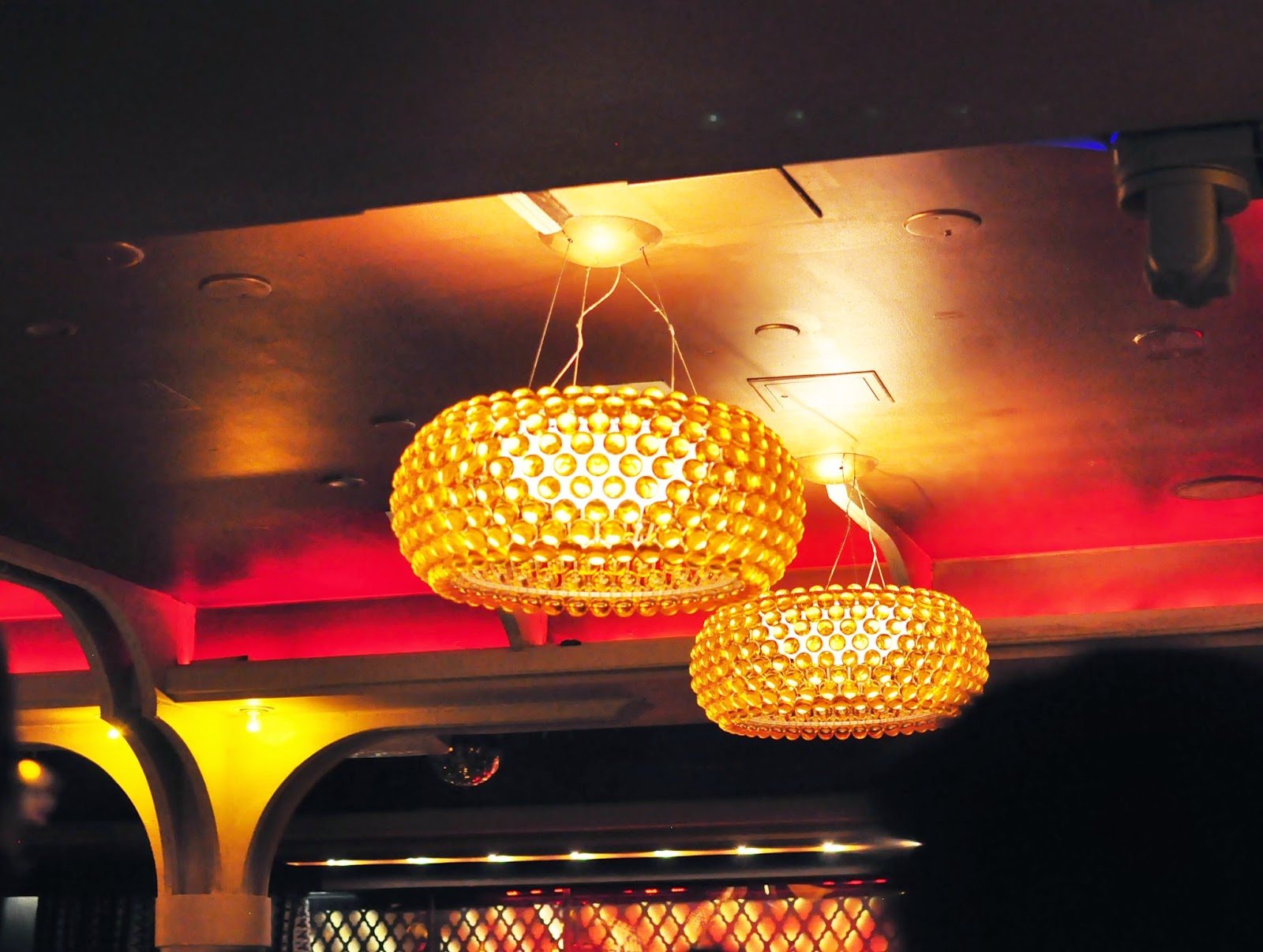 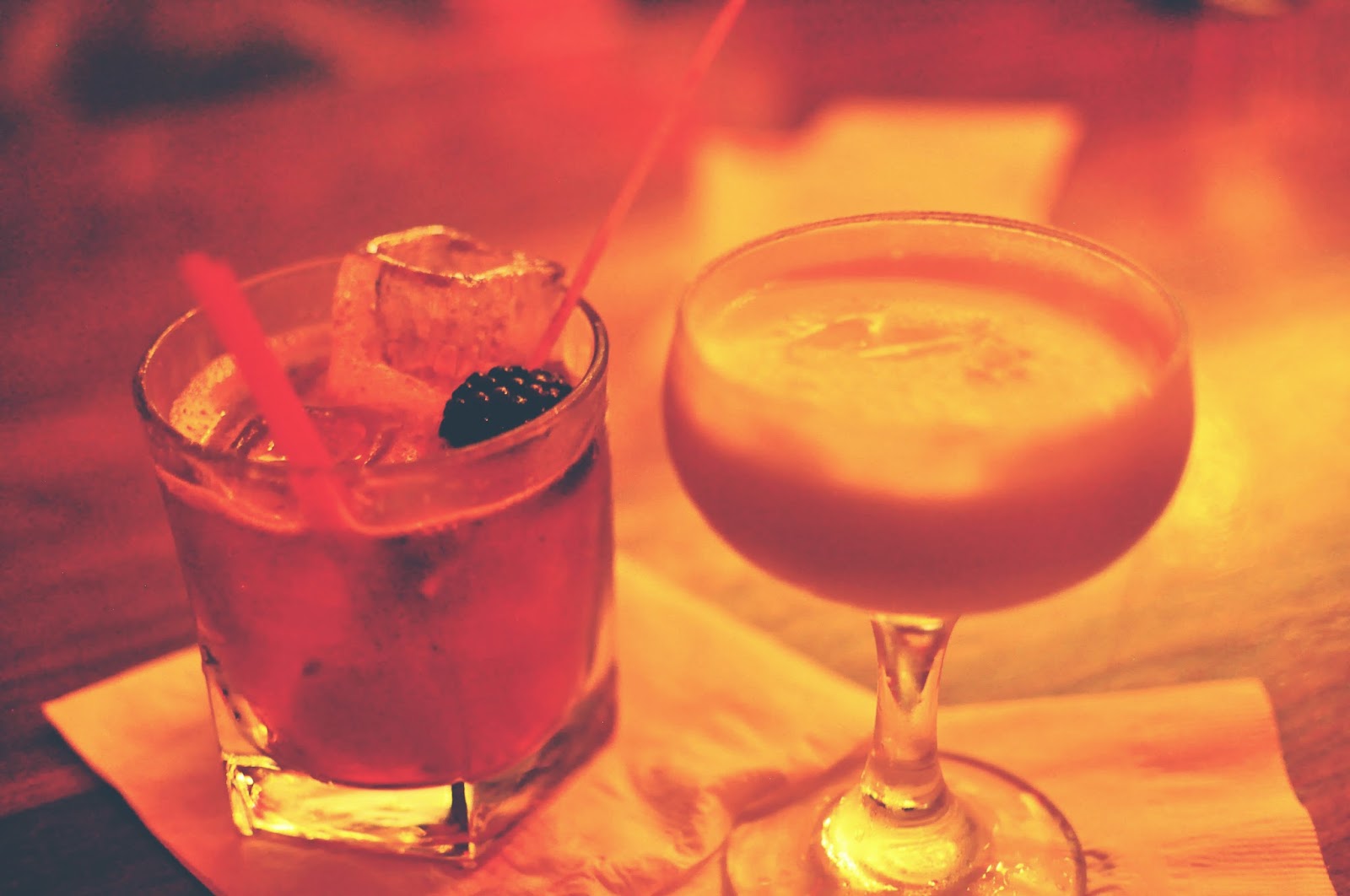 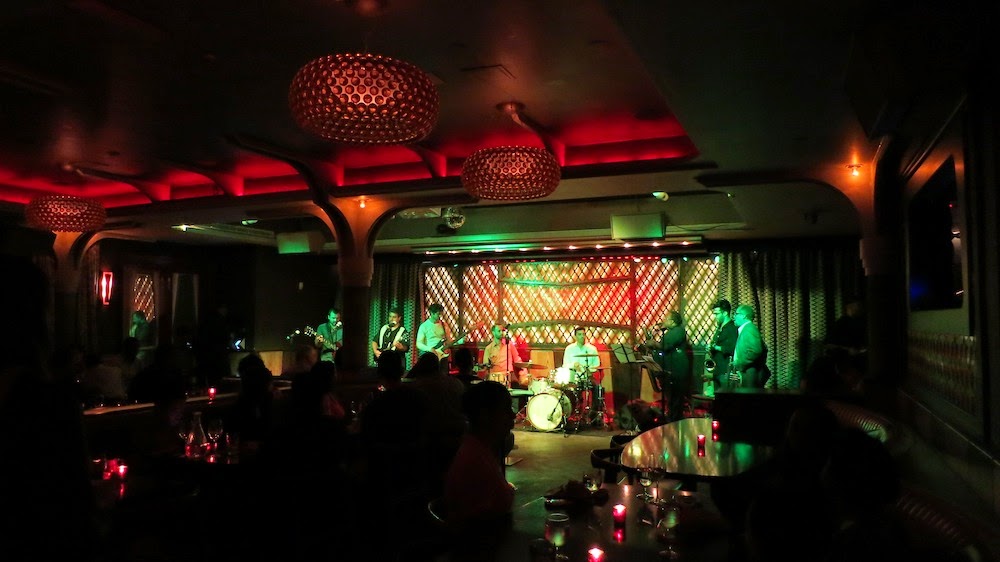 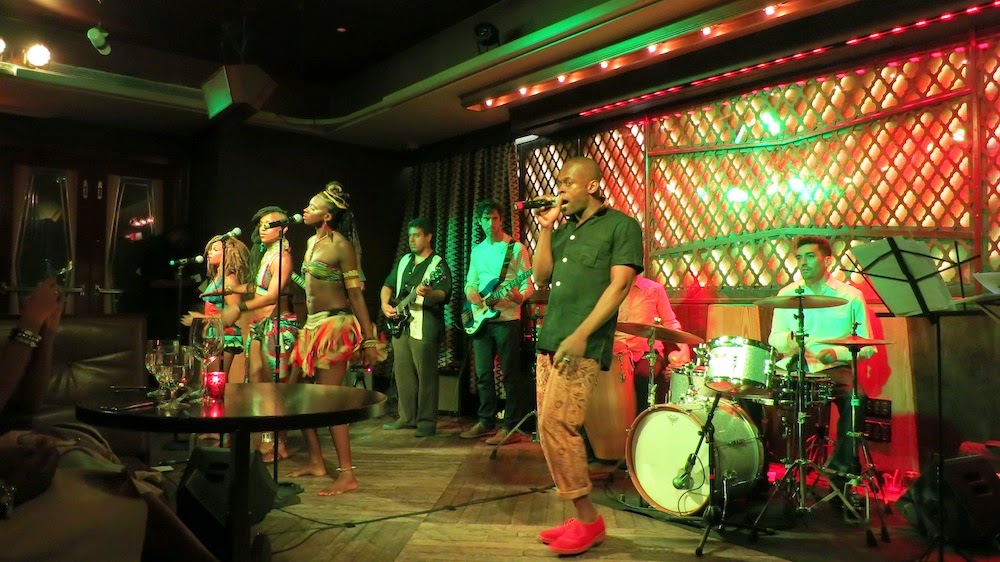 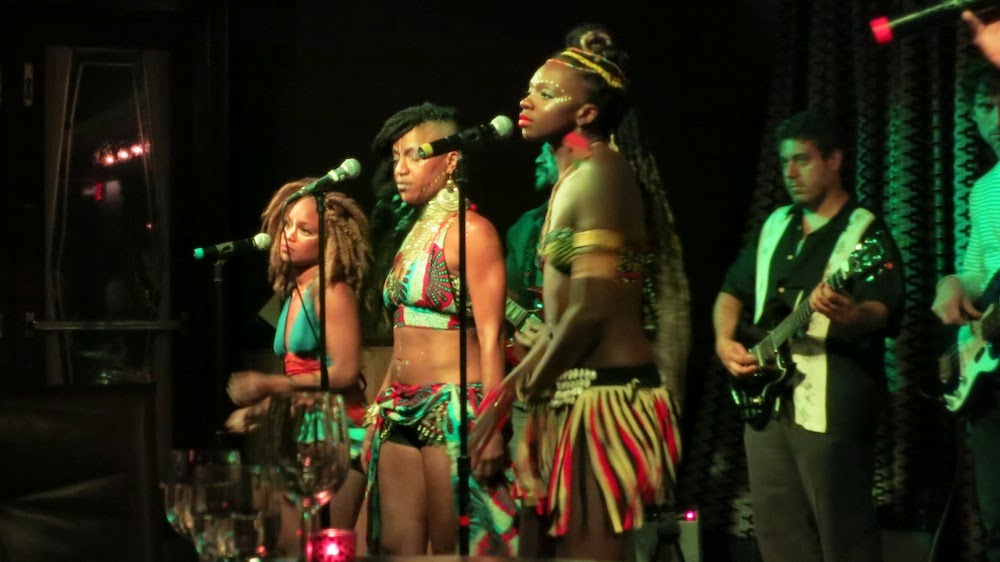 Thanks for stopping by xx
Posted by Keiko at 8:00 AM