Iceland was amaaaazing and it was a bit sad to leave the ethereal landscapes and come back to a bustling city with no mountains, glaciers or roaming wild sheeps in sight. But what made it a bit easier for me is to have a seat at the Betsey Johnson's NYFW show waiting for me (Thanks T.Y.!)


This would be my first time attending a Betsey Johnson fashion show and it is probably the most entertaining fashion show I have experienced thus far. I mean you've got drag queens, real housewives and a transgender model (from America's Next Top Model) taking the runway; Christina Milian in front row (what is she up to nowadays?), cameo by Dancing with the Stars' Tony Dovolani (Betsey's partner on the show), a dedication to marriage equality (yay!) and finally, seeing Betsey's signature cartwheel split (with her granddaughter!). All there. Am I missing something? Probably. There was so much going on. I'm happy to see first hand why there's always a buzz echoing from NYFW's most eclectic show. I wouldn't necessarily wear any of the clothes because you know, I'm married and not because I would dare wear a sheer wedding dress with furry pom-poms covering my lady bits. I was trying to figure out which items are the buyers interested in. Her clothes are just a tad too crazy for me but fun to see on the models. I caught myself giggling a few times. Some of the models were just so quirky. Actually, all of them.

Who goes to a fashion show and forgets her camera? Me! But handy iphone in hand, I got some pretty decent pictures from second row. Enjoy! 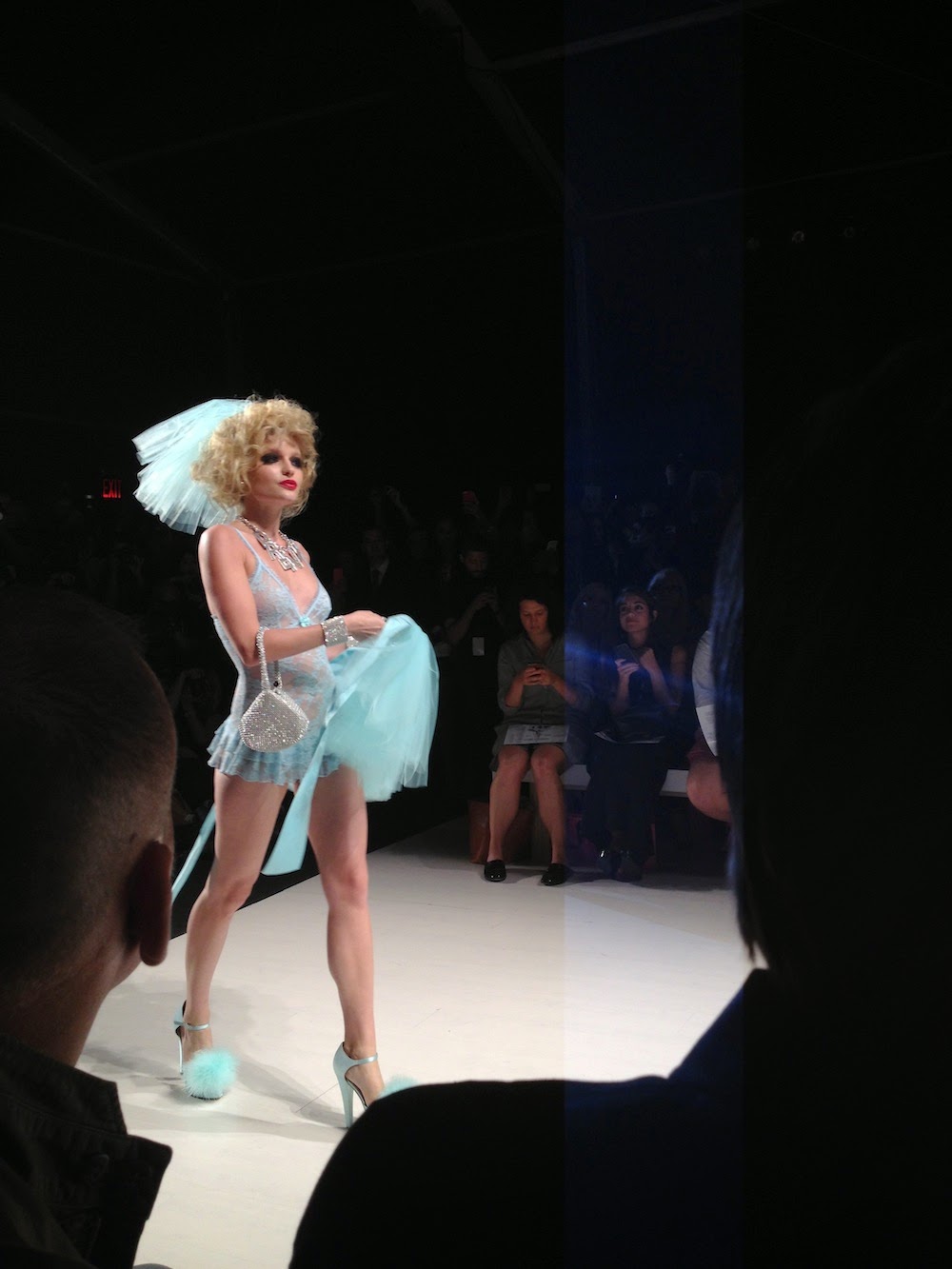 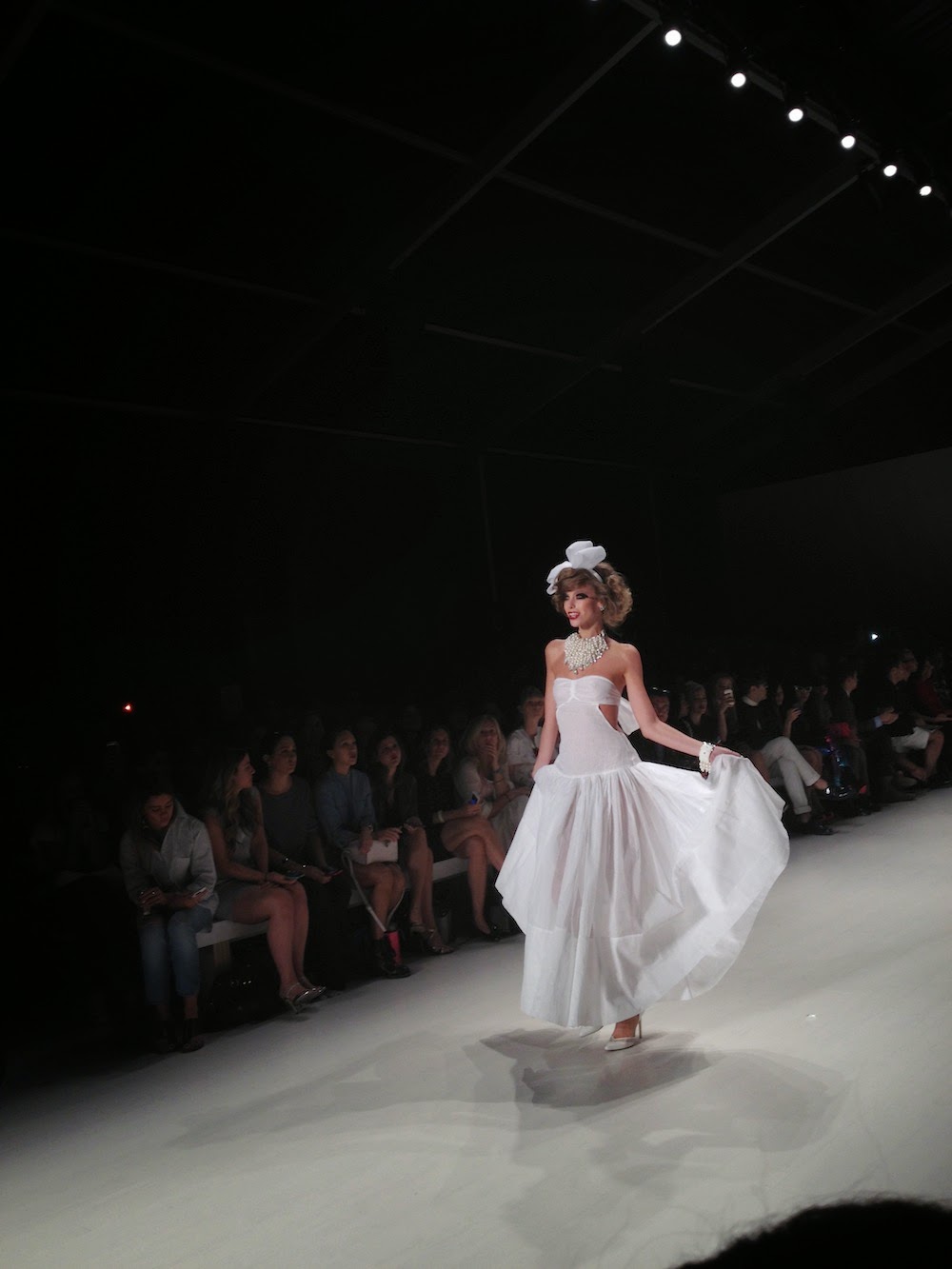 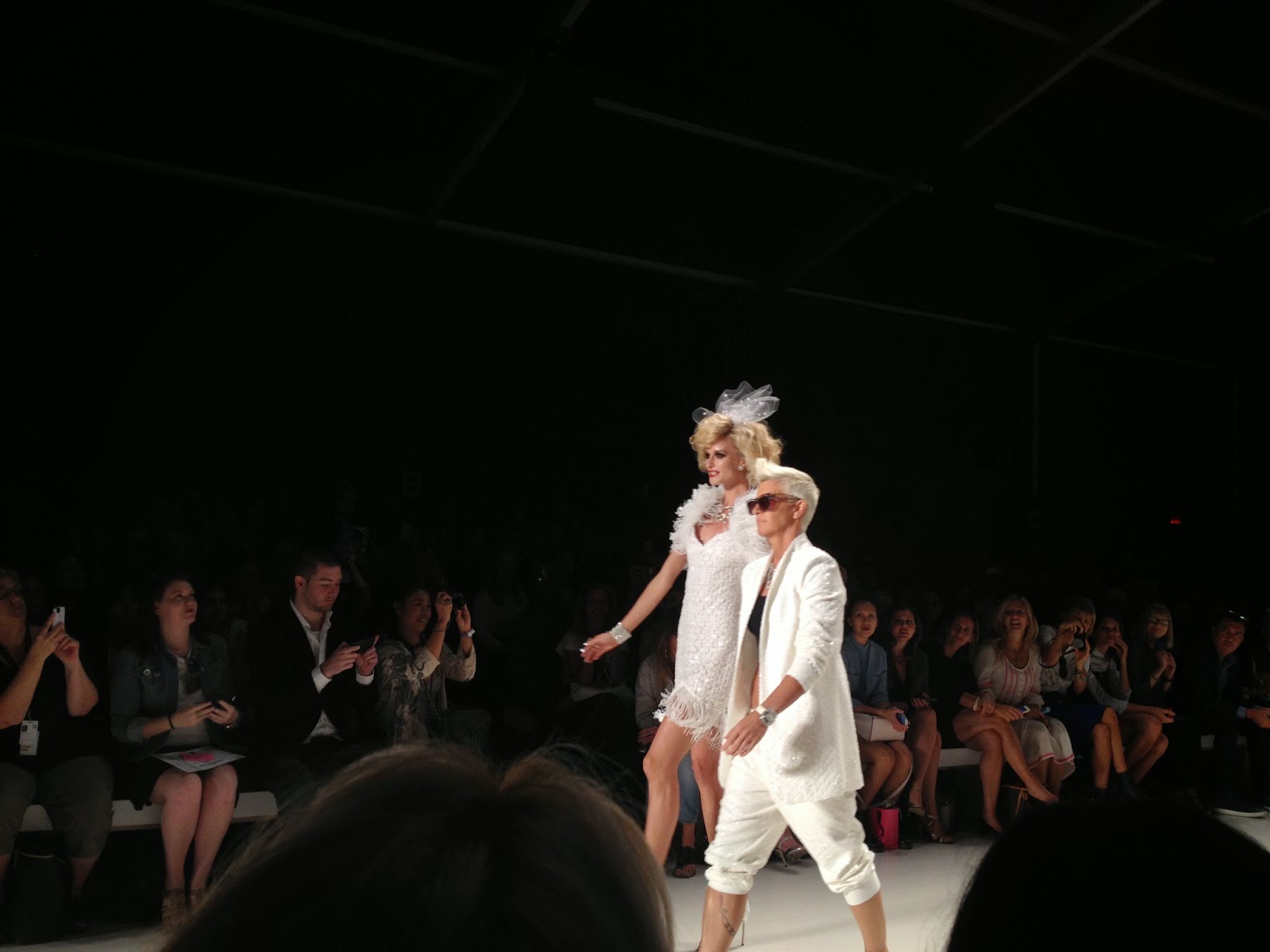 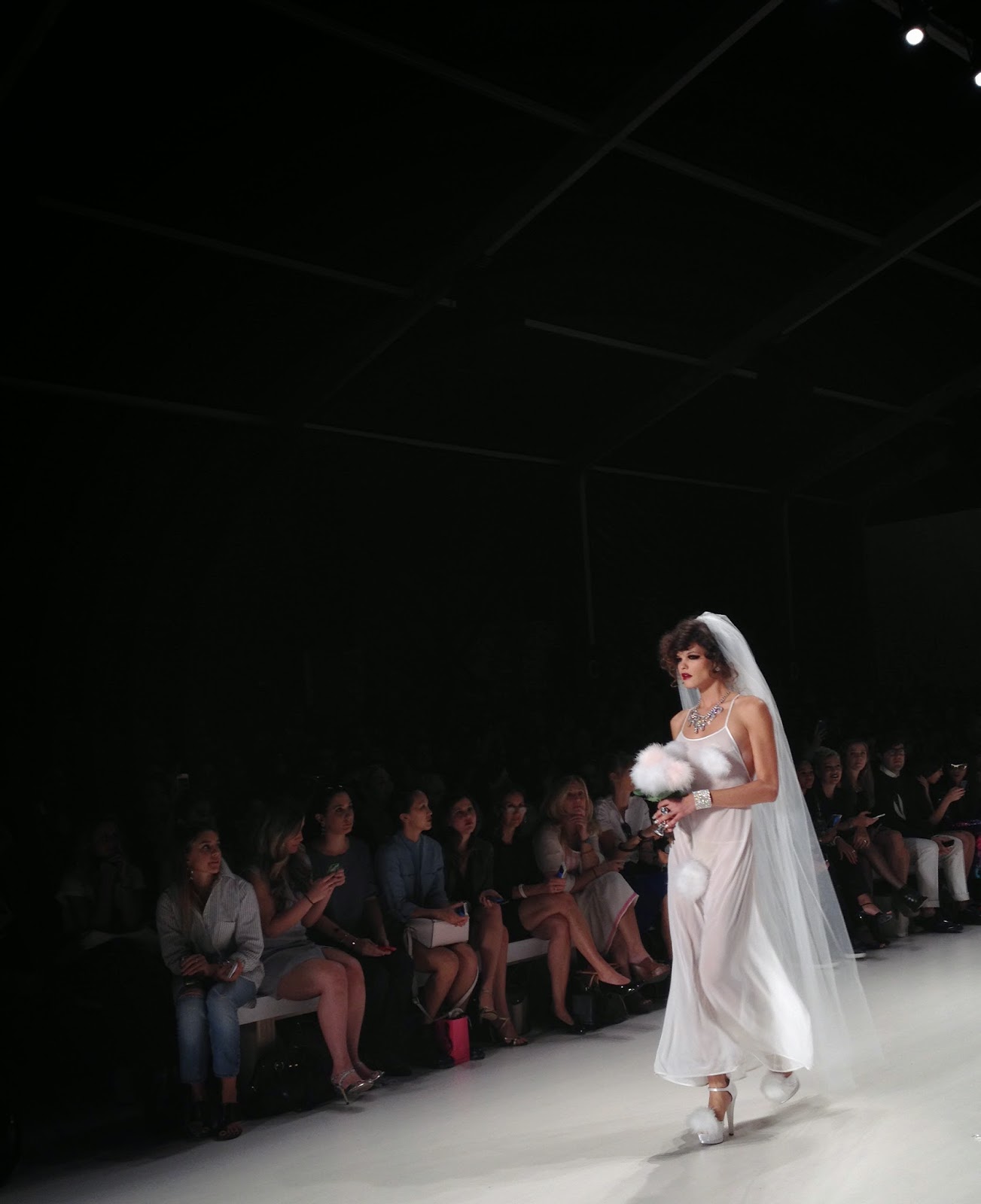 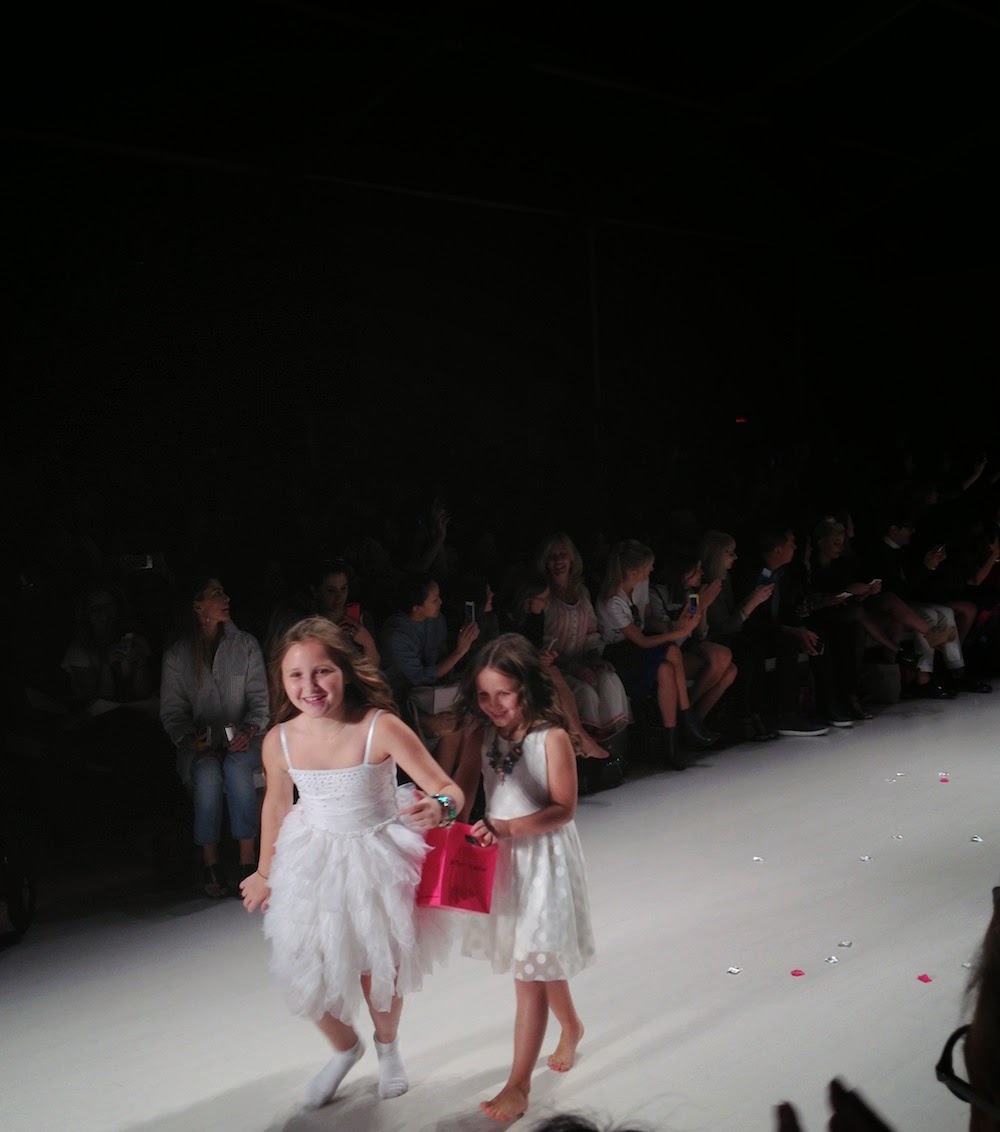 I sat in the second row right behind Betsey's daughter, Lulu Johnson. She smelled nice ( <--creepy me="" p=""> 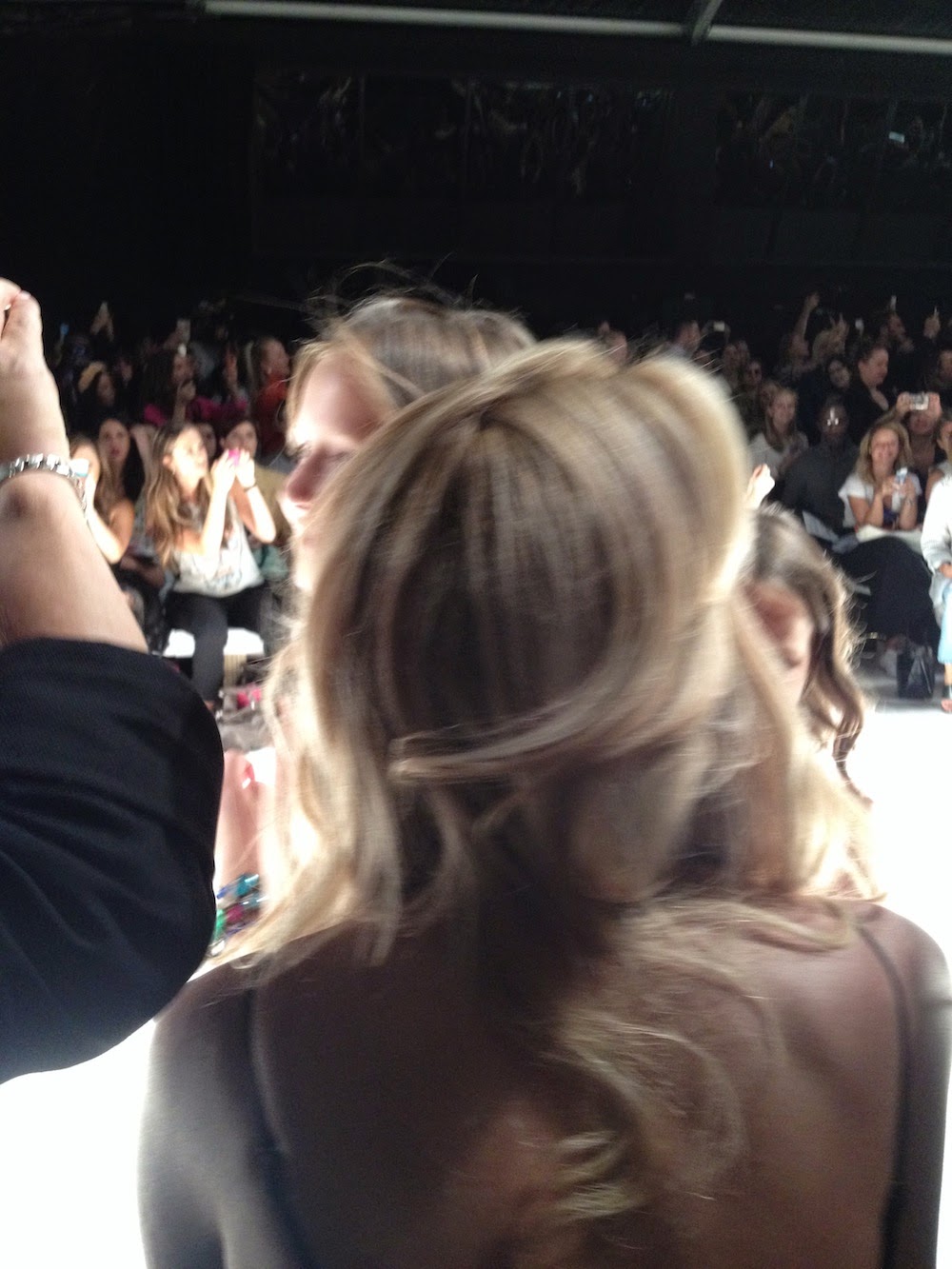 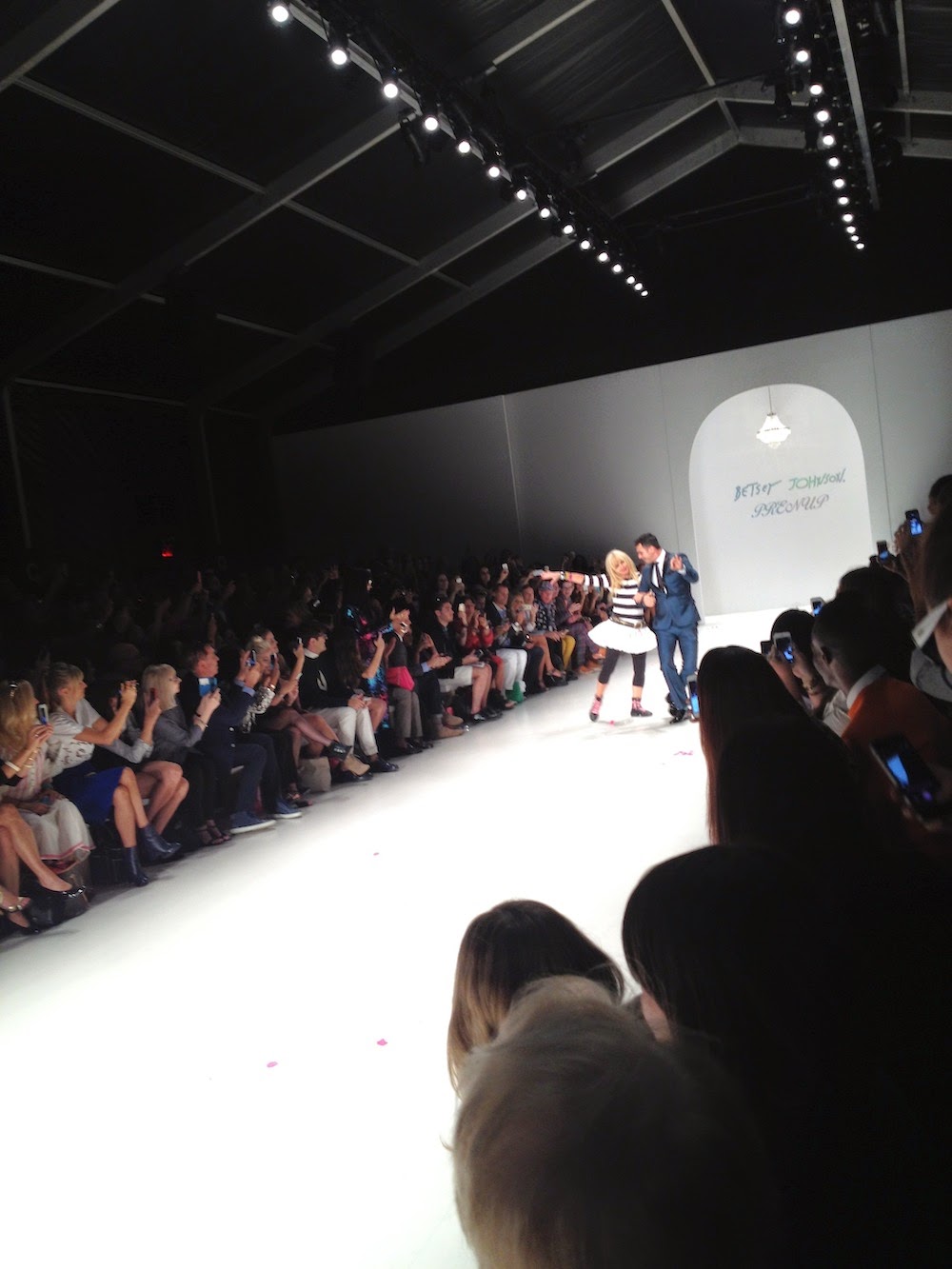 A little dance party after the show with Tony Dovonali and Lulu Johnson. 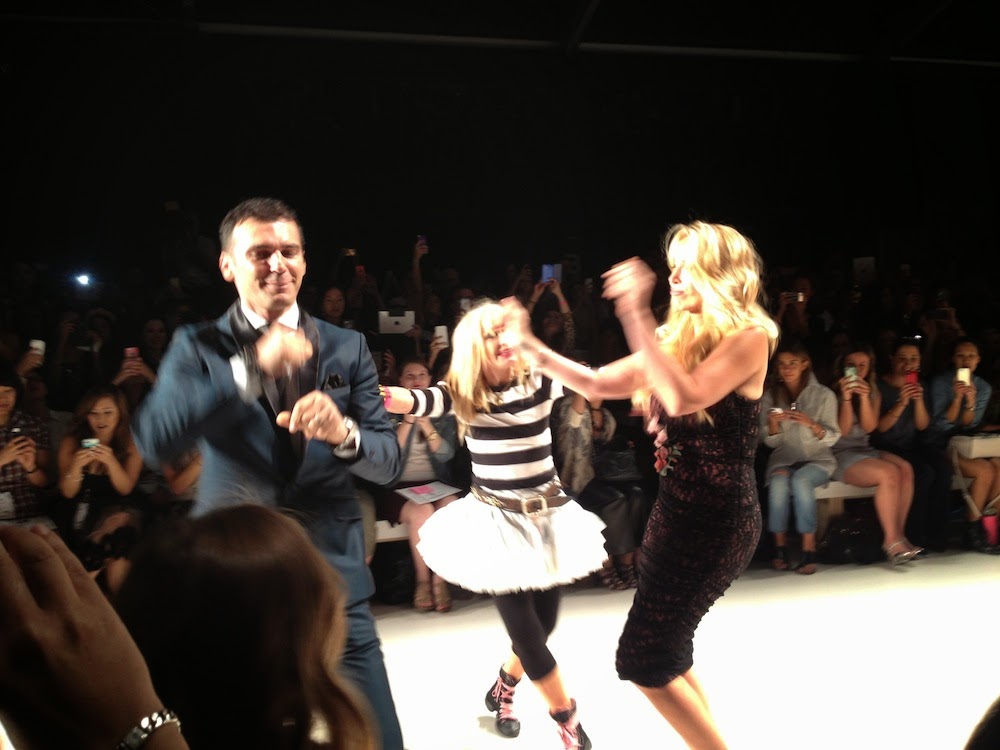 I've got some videos too!