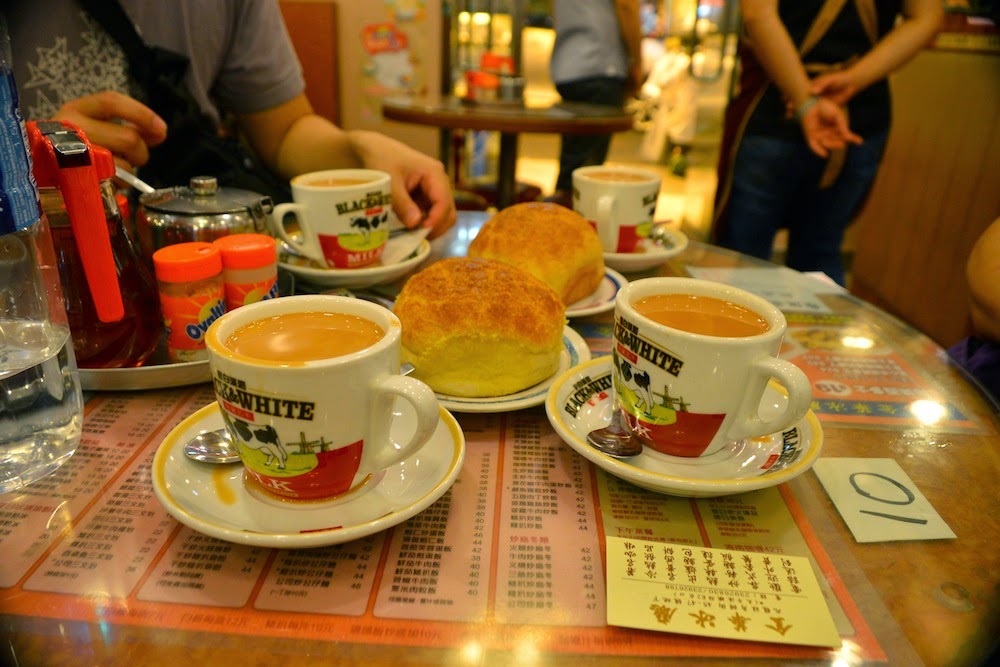 We watched Esquire Network's The Getaway which is about celebrities visiting one of their favorite cities in the world and talking about things they like to do, drink, eat, shop and more in that city. You should watch it, it's a pretty good show. It is produced by Anthony Bourdain and all. Anyway, I have never heard of this show until last month. As we were anticipating Aziz's show at Madison Square Garden (on Sept 9th), I started looking up Aziz's materials on the internet and stumbled upon his Getaway episode where he was visiting Hong Kong! What a coincidence because we were planning to go there as well!

In the show, Aziz was visiting Hong Kong for the first time so he needed some guidance from local know-it-alls but he saw plenty. I watched the show intently and took mental notes of things he ate and places he went. One of these places was Kam Wah Cafe for Buo Luo Buns (pineapple buns). Aziz and that Canadian blogger who joined him (from That Food Cray) didn't lead us astray. Those buns were so yummy as they were freshly made and served warm. Crunchy on top and fluffly on the inside, they are actually not made with pineapple, just the top looks like one. We had just eaten dinner and were pretty full so we only managed to stuff two buns down. There was also a one drink minimum per person so we all ordered a cup of milk tea (steep price at 16 hkd). The buns were only something like 6-7 hkd. Dave and I kind of still think about these buns and wish we had more. We tried buns from another cafe but it just wasn't the same.

Mmm...If we ever go back to Hong Kong, I'll make sure to stop by and maybe try it with butter! 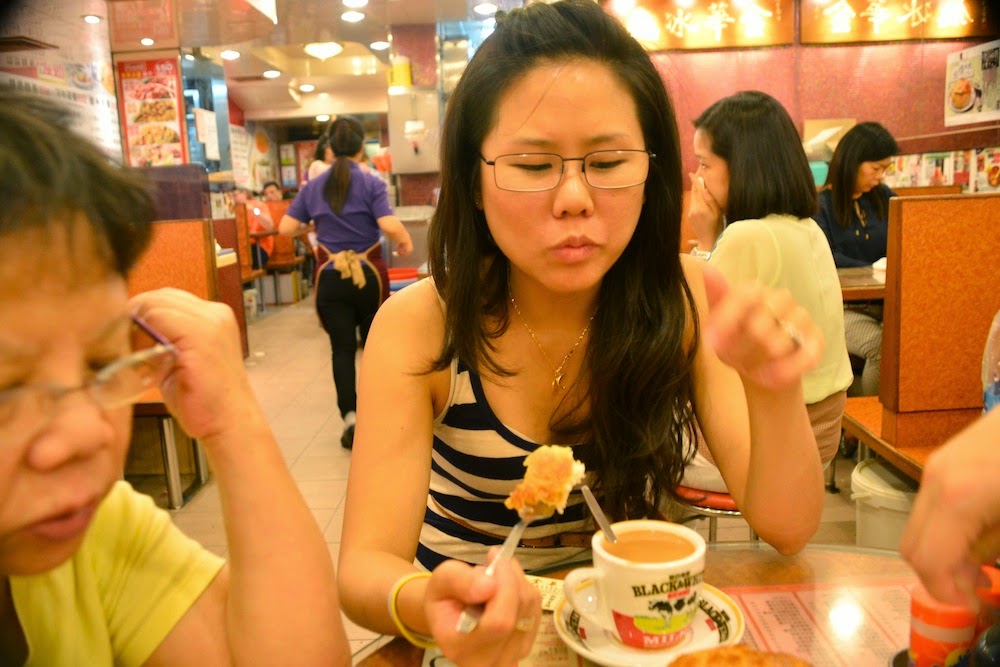 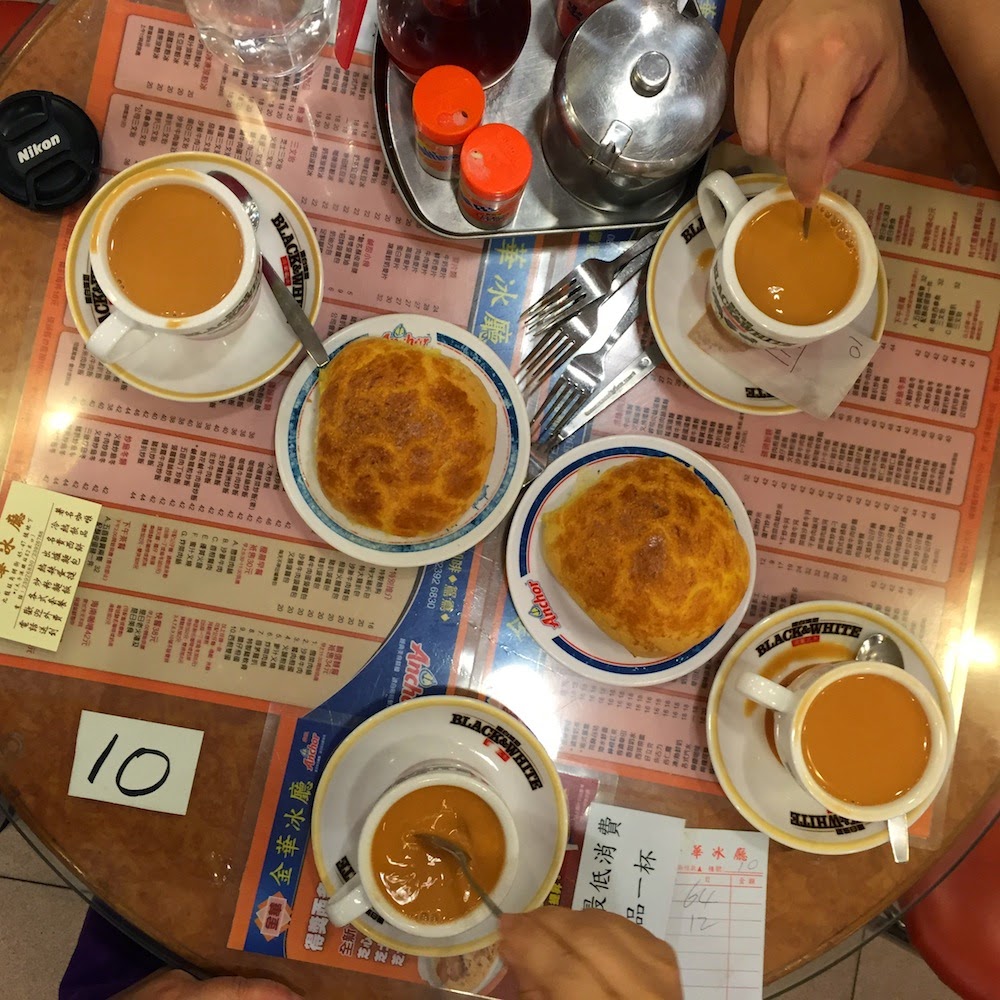 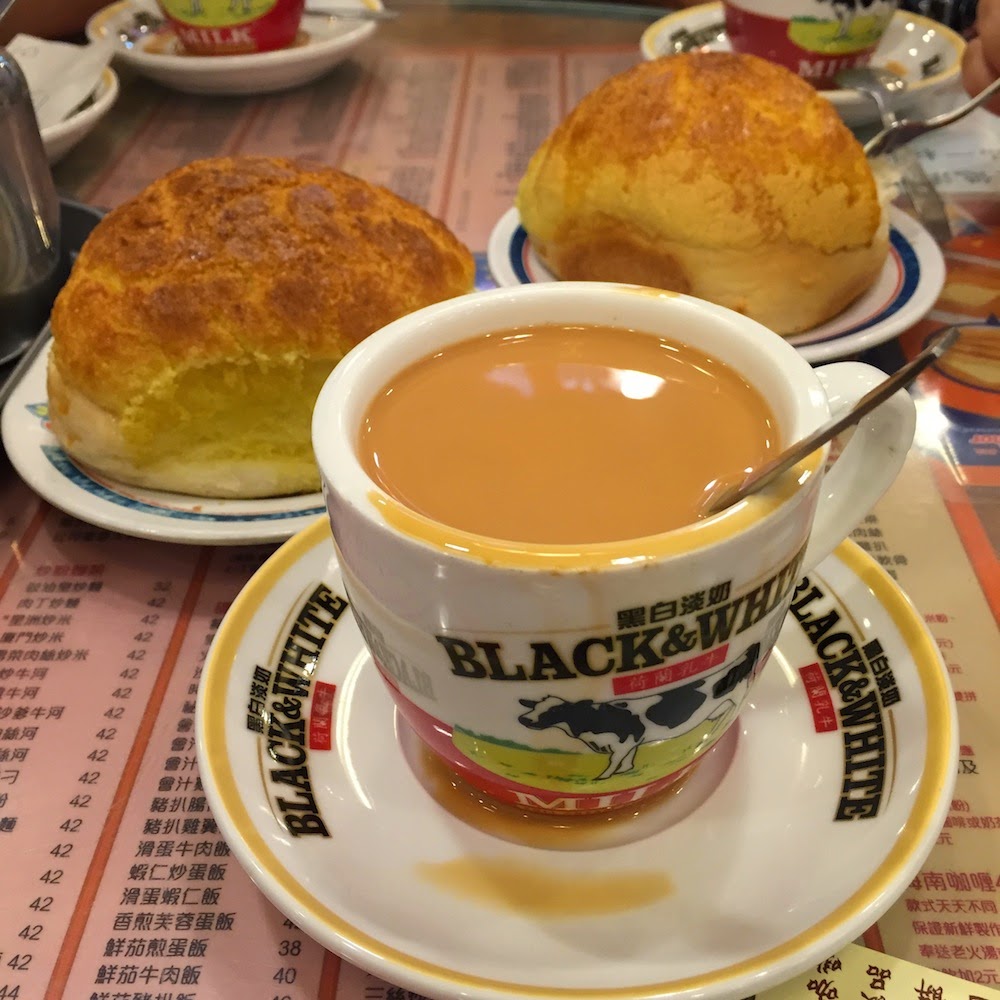