nykeiko travels and eats: A trip to Montreal does my body good... 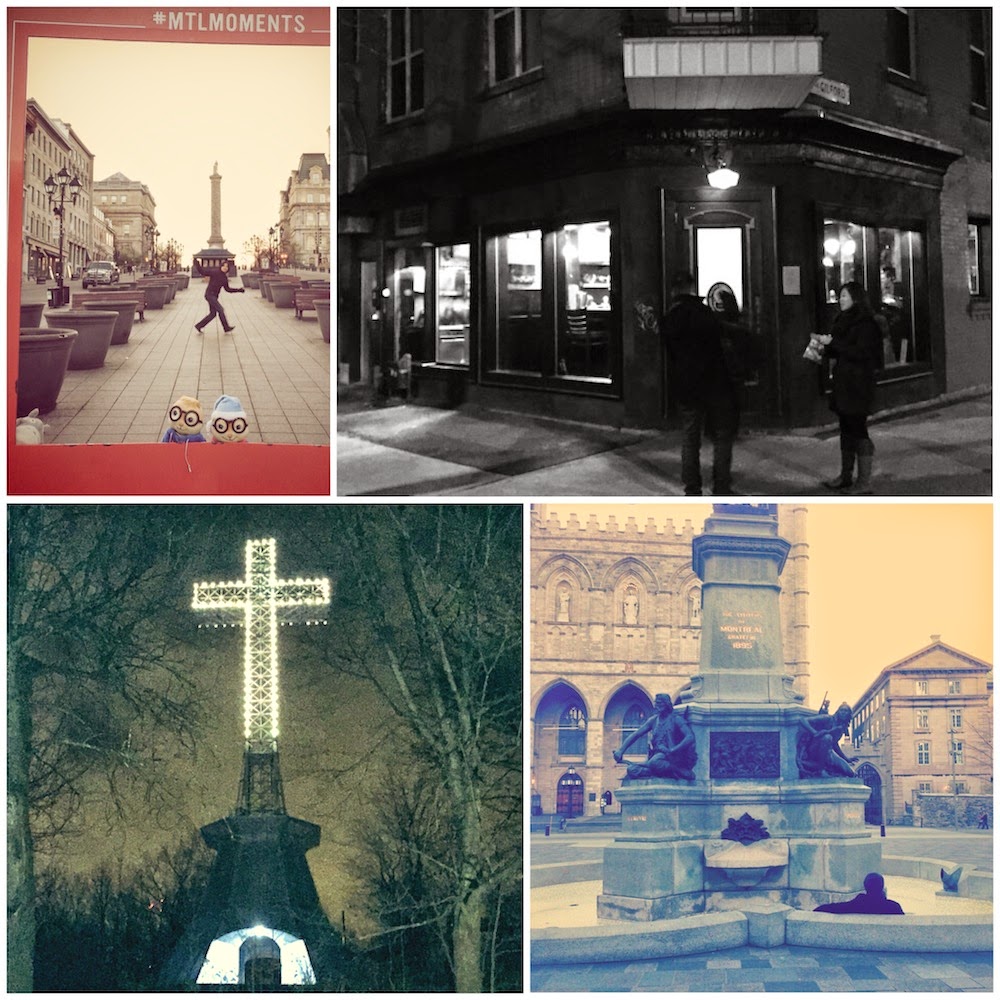 A trip to Montreal does my body good (Or bad? Because the result of eating large poutines, cakes, multiple bagels, popping cheese curds straight up ...) We drove up with a couple of friends (another couple!) and met up with a friend who flew in from Boston and spent a long weekend in Montreal. We spent 4 days and 3 nights in a super large house in the heart of the Plateau that Dave found for a super good deal. It was $200 per night for the entire house which has four bedrooms, two full bathrooms, two living rooms, a solarium, garden, huge kitchen- basically two houses that merged into one big unit. I very much enjoyed going up and down the stairs.

Our first meal was at Maison Publique. Always a pleasure for a tasty homey meal. Since it's the first time to Montreal for two of our friends, we did some sightseeing. Top of Mont Royal was one stop and Old Montreal was another. We then visited Fairmount Bagel,  St-Viateur bagel (and a St-Viateur Bagel et Café), Poutine La Banquise, Schwartz's deli, Café Olimpico, Marché Jean-Talon...and other well-established foodie haven. Eating was on our itinerary for sure...

We also ate pho at My Canh for lunch one day and as if eating out was not enough, one night, we bought french baguette, wine, french pâté and prosciutto to enjoy at home. 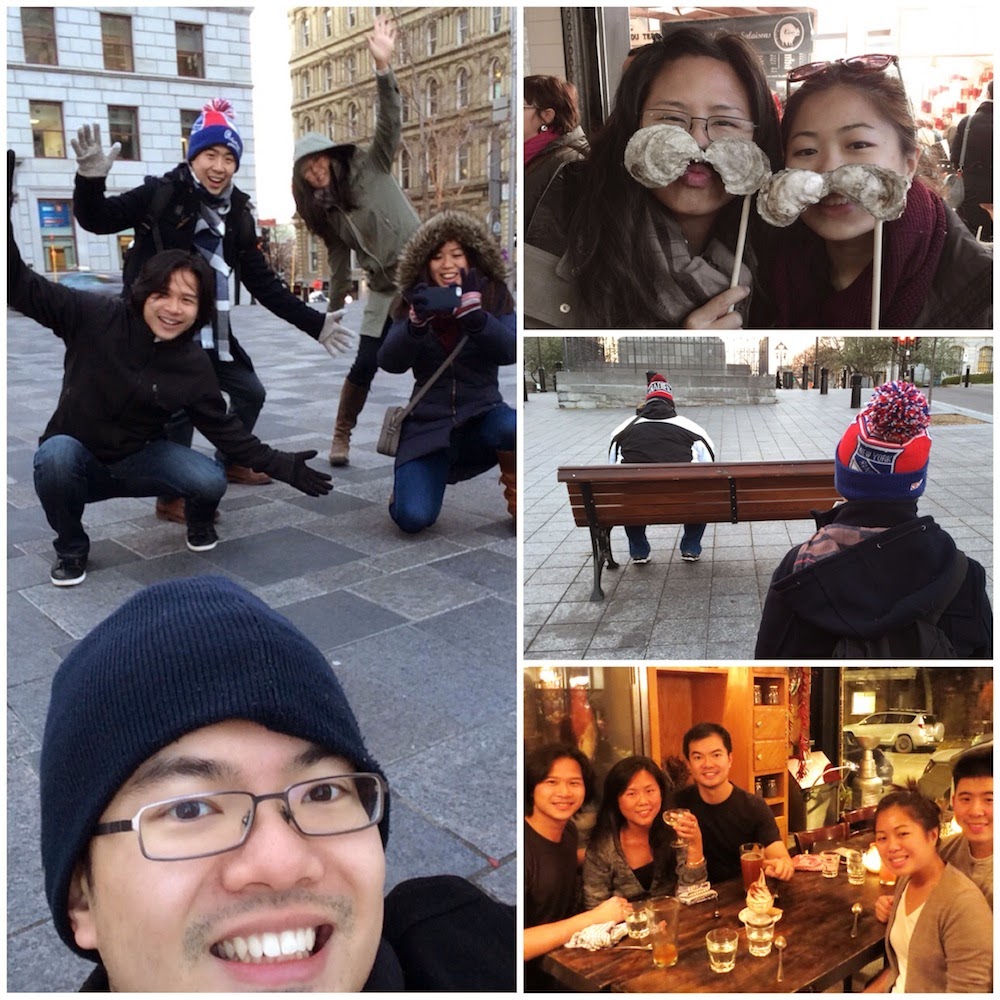 I also managed to find some time to meet up with a few of my friends including some that I have not seen for more than a decade...while doing some eating bien sûr. Many people I know in Montreal have become entrepreneurs with their own businesses and I love supporting their dreams (come true).

I also squeezed in a surprise birthday party Saturday night and seeing a friend's baby girl Sunday morning! Phew! This is the most people I have seen on one trip since moving out of Montreal. 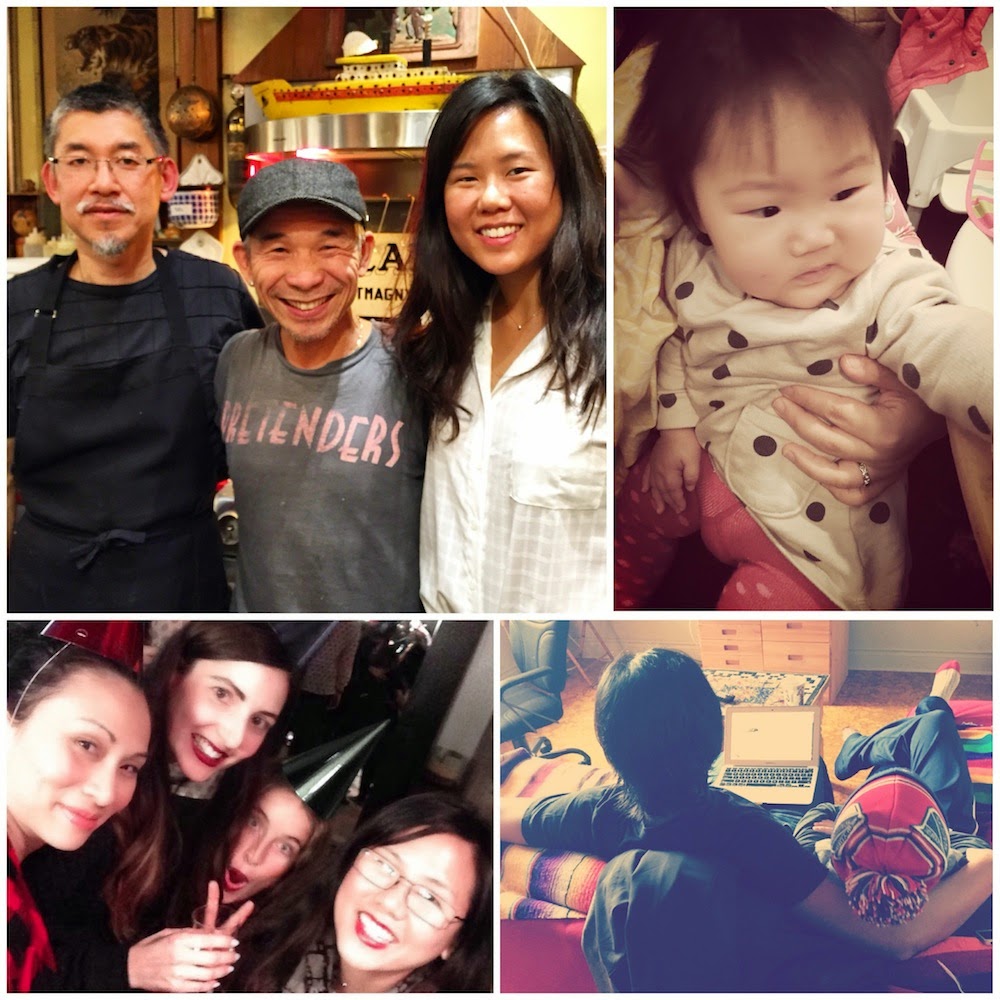 I checked out my high school friend Stephanie Labelle's bakery called Patisserie Rhubarbe. I tried the 'Tarte au Citron' which was heaven for a key lime pie lover like me. She trained under Pierre Hermé in Paris so I had to try her macarons which were perfect and not too sweet. Her boyfriend Julien Joré just opened a new restaurant down the block called Restaurant Cirkus. They opened for brunch for the first time this past weekend and we decided to give it a try. We were their first brunch customer and Stephanie was there too. I was so happy to see her. I have not seen her since high school (that's year 2000!)

The brunch was delicious. I really liked my dish with poached eggs and jerusalem artichokes...I'd like to go back for dinner next time!
On Saturday night, I met up with my friend Quynh who took me to her favorite place for pho place (Restaurant Dakao) on rue Jean-Talon street. I think she brought me once before but I couldn't remember. The soup was not too salty and therefore you were able to taste the broth better.  She told me she sees chef Tri Du from Tri Express eating pho there all the time. I used to work at Kaizen/Treehouse as a bus girl for several years and Tri Du was the chef behind it. After he left Treehouse, he opened up his own little restaurant in the heart of the Plateau. That's Tri Express and it's 9 years old now! We decided that we should eat there too after pho...

We were obviously not hungry anymore but that did not stop us from ordering a Tri salad and salmon tartare. I also brought some food to share with the others but end up eating it all when they were already full from their Schwartz's and Romados Portuguese chicken escapade. In the end, it was all complimentary of the chef. Thanks Tri! Oh, and it was such a nice surprise to see Nabu, a former Kaizen sushi chef which I worked with. He still remembered my name as well as my age when I started working at Kaizen. 18! Heck, I couldn't even remember that!

We left Sunday morning but not before stocking up on some essentials like more bagels, salmon spreads, ketchup chips, coffee crisps, maple syrup, cheese curds, pâtés, and apparently a bunch Kinder Surprise eggs. We also picked up a bunch of banh mi sandwiches from Hoang Oanh for the road. Damn right it is a lot of food! 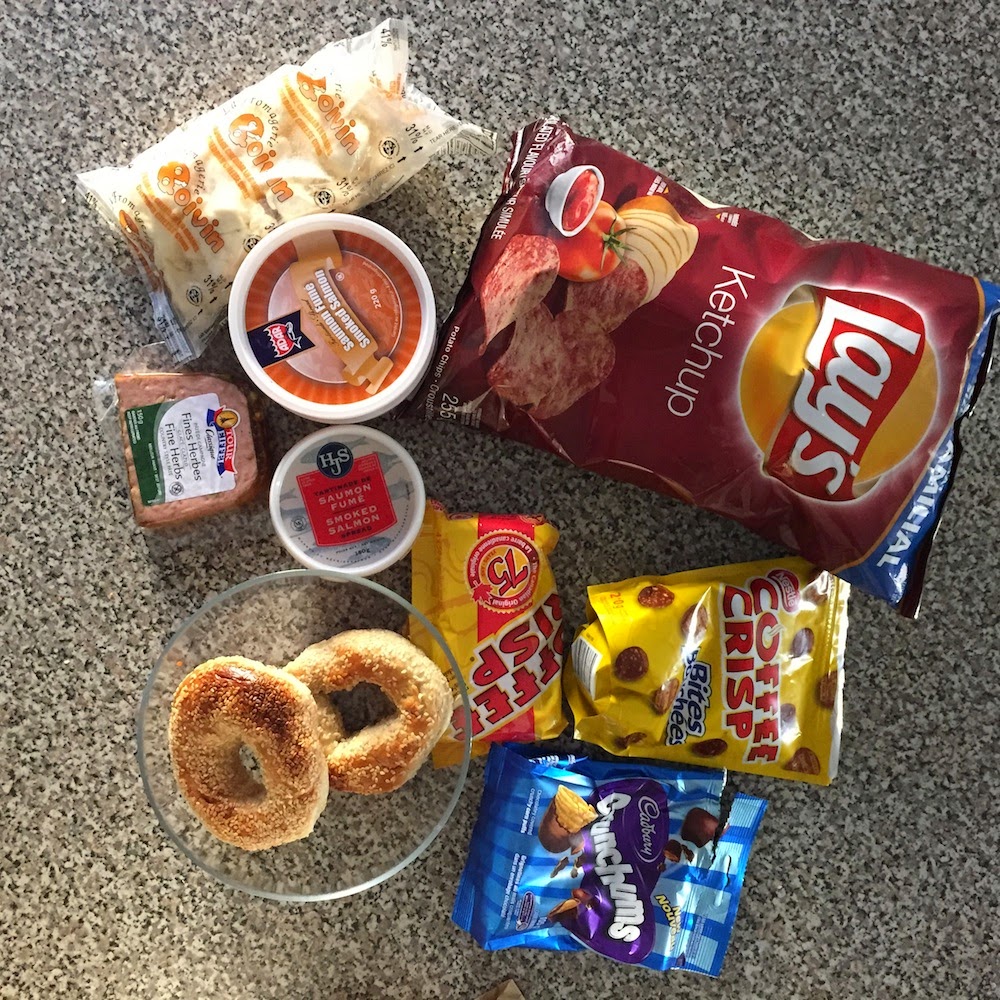 Here is a post from my last trip to Montreal. Until next time Montréal...See you very soon! Thanks for reading xx