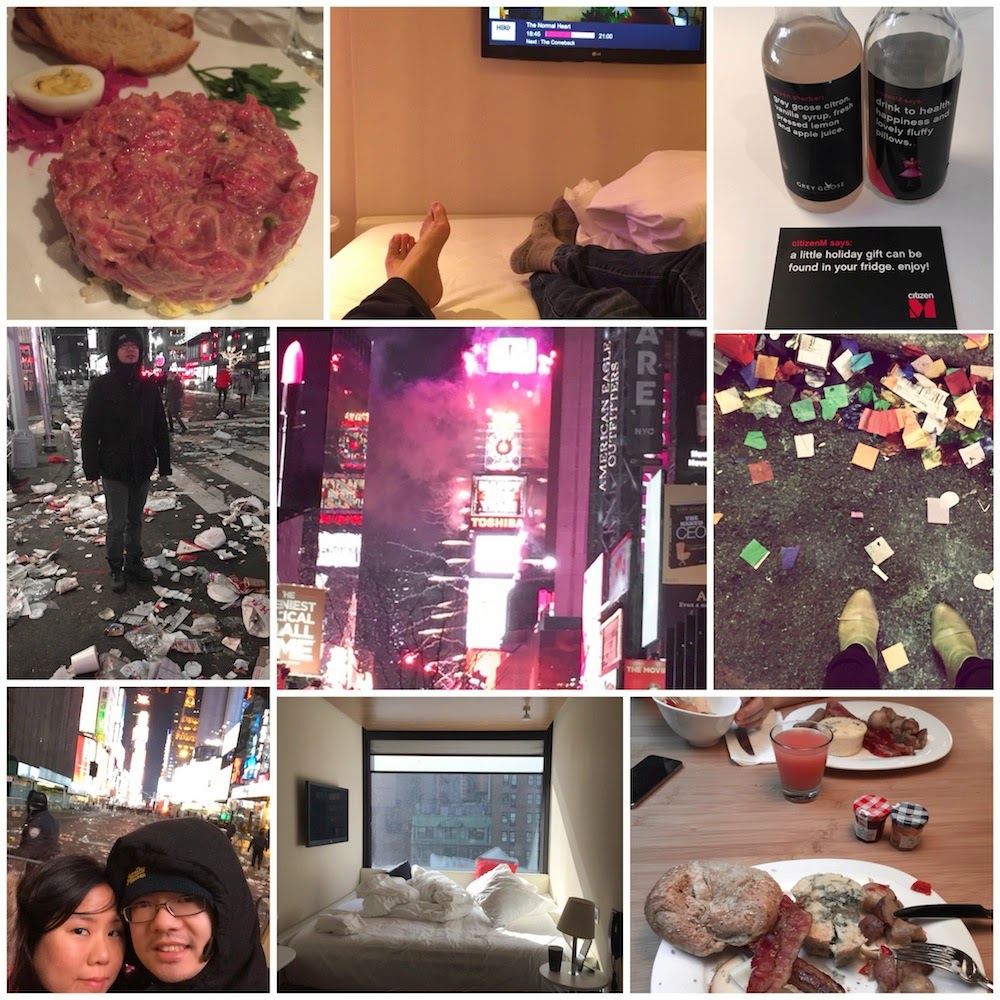 Perks of being a Citizen Mag contributor: I booked a room at the CitizenM hotel in Times Square for New Year's Eve. Since I booked way back in June, we didn't know what the plan was until last night.

I took a nice hot shower as soon as I got checked into the hotel. There was already a crowd gathering near Times Square so it was difficult for us to navigate around our hotel. We picked a restaurant close by for an early dinner and quickly went back to our hotel to relax. Since Dave was sick, we decided to stay in (and warm) and watch TV and step out again just for the countdown.

Meanwhile, I changed into my comfy clothes and we watched movies and the Dick Clark New Year Rockin' Eve special on TV. I also watched Jennifer Lopez 'Dance Again' documentary (totally enjoyed it!) while Dave played a new phone game he downloaded after seeing the ad on TV (was very into his new game). At around 11:30 p.m, after about 4-hours straight of TV, we layered up and finally stepped out of our hotel room to catch Taylor Swift's perform. We couldn't see the ball drop from our hotel but just a few steps from the hotel, we can work ourselves into the crowd (bypassing the cops with ruse) and see the ball. Fifteen minutes before the countdown, cops ushered the crowd into the gated areas which still had some space and that's how we got a perfect view of the ball despite being a bit far away. A group of girls from Japan in the same area had been waiting since 3 p.m. in the freezing cold so I didn't complain tooooo much about not being able to hear the music ;p

The crowd was also mildly calm in our area but when the countdown came around, everyone became super rowdy and soon enough, we were part of the biggest New Year's Eve party in the world! This once in a lifetime event is on so many people's bucket list. Many people have traveled from all over the world to be part of it. I also know that I've watched this famous ball drop on tv every year of my childhood and adult life and so to see it live was pretty darn cool. I never put it in my bucket list only because I knew I could never go 10 hours straight without a piss. For Dave, he couldn't care less about the ball drop. I think even if I paid him to go wait with me, he wouldn't do it. He's a true New Yorker. He could have stayed in the hotel room all night but he came out for me and I was grateful. I think he secretly enjoyed being part of it though. At least I didn't make him wait in the cold for hours right? Truth be told, I was so excited filming the darn countdown that 1) I completely failed at filming the countdown 10 seconds before the clock strikes 12:00 (the video shows me turning away from the countdown to film the top of people's heads?1) and 2) because I was filming, I didn't really see the ball drop! Good thing Dave filmed it all so we have a nice memory of it captured on video. We also stayed behind and enjoyed watching the crowd dissipate after the countdown was over and the mess everyone left behind (so many handwarmers and confetti!)

This might just be our once in a lifetime thing too but since this opportunity was so spontaneous, I can see ourselves do this again some day when the opportunity comes again! (Thank you CitizenM!)


Happy New Year everyone!! Wishing everyone health, prosperity and love for 2015 and every following year... 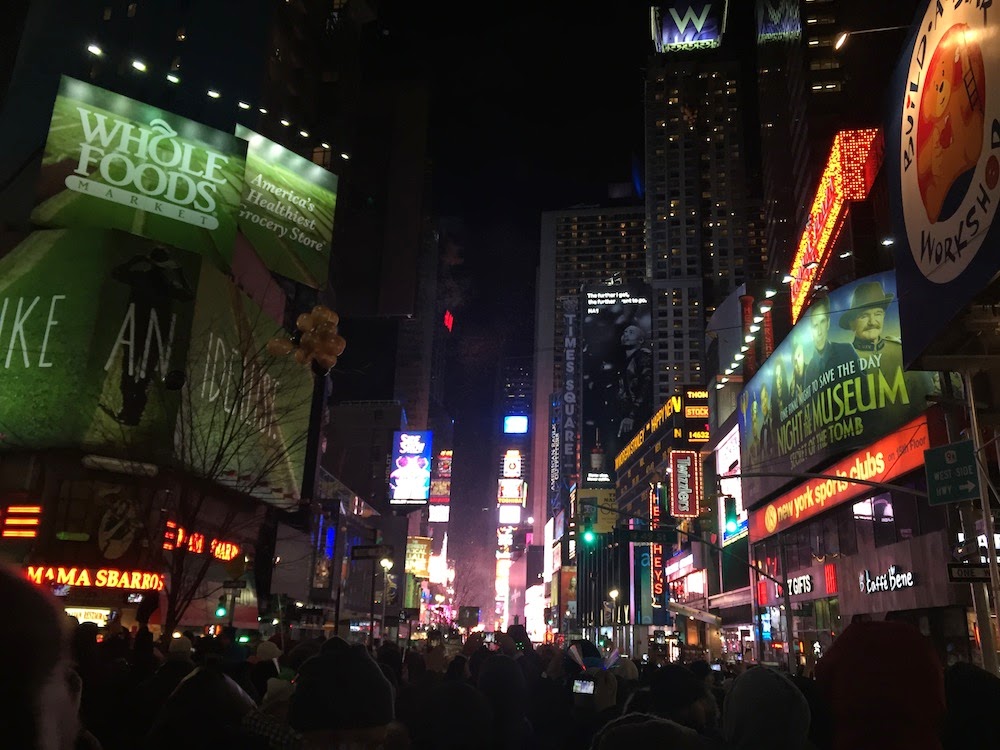