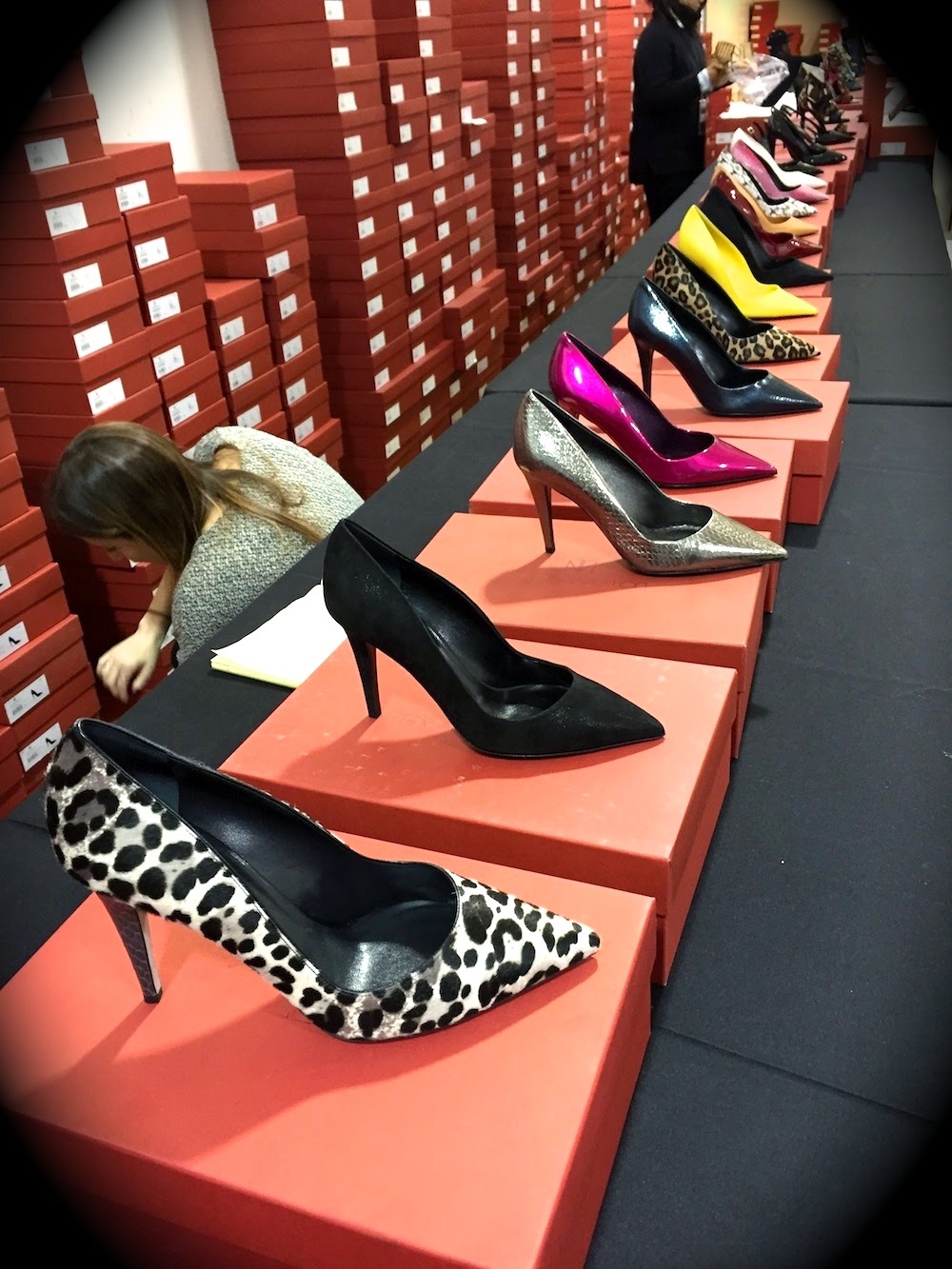 I heard about the great prices offered at the Tamara Mellon sample sale last season but did not get a chance to check it out. I don't know much about the designer except that she once hailed as the chief creative officer and co-founder of Jimmy Choo. Last night, I went to the sale's preview. Here's my report for Racked. I thought I wasn't going to buy anything because Tamara Mellon's clothes is not really my style but...


I was almost finished with taking pictures and ready to leave (happy not to spend any money) until Sample Sally showed me a pair of flats she picked up. I didn't even notice them while I was taking pictures. They are these dark blue leopard print pony hair flats and were on sale for $75. Since they retailed at over $695, I decided to you know, harmlessly try them on. Well, that never goes as planned. I liked them on my feet.  Duh. I hope the quality is good and they will actually be comfortable.  I'm fearful because it's usually I have a "you get what you pay for mentality" but these shoes did retail for $695 and would the lady behind Jimmy Choo and now her own label create sub-par shoes?

Since my feet were swollen from standing up all day, I sized up to make sure I'll be comfortable in them all day long. They always seem comfortable in the beginning especially when you're just sitting down and trying them on but the horror begins when you start walking in them and you start losing the skin behind your heels (and go through half a band-aid box) before you're absolutely comfortable.

I go through at least one pair of flats per season since my flats are often overly worn, get dirty from walking all over the city and are quickly destroyed by my intense foot sweating produce during the summer. I don't like to pay too much on flats due to that reason. My nicer/dressier flats that I wear less often survive a few years and these new Tamara Mellon flats will probably be one of them. They come with a wrap-around cord which is cute but I'll probably remove them. 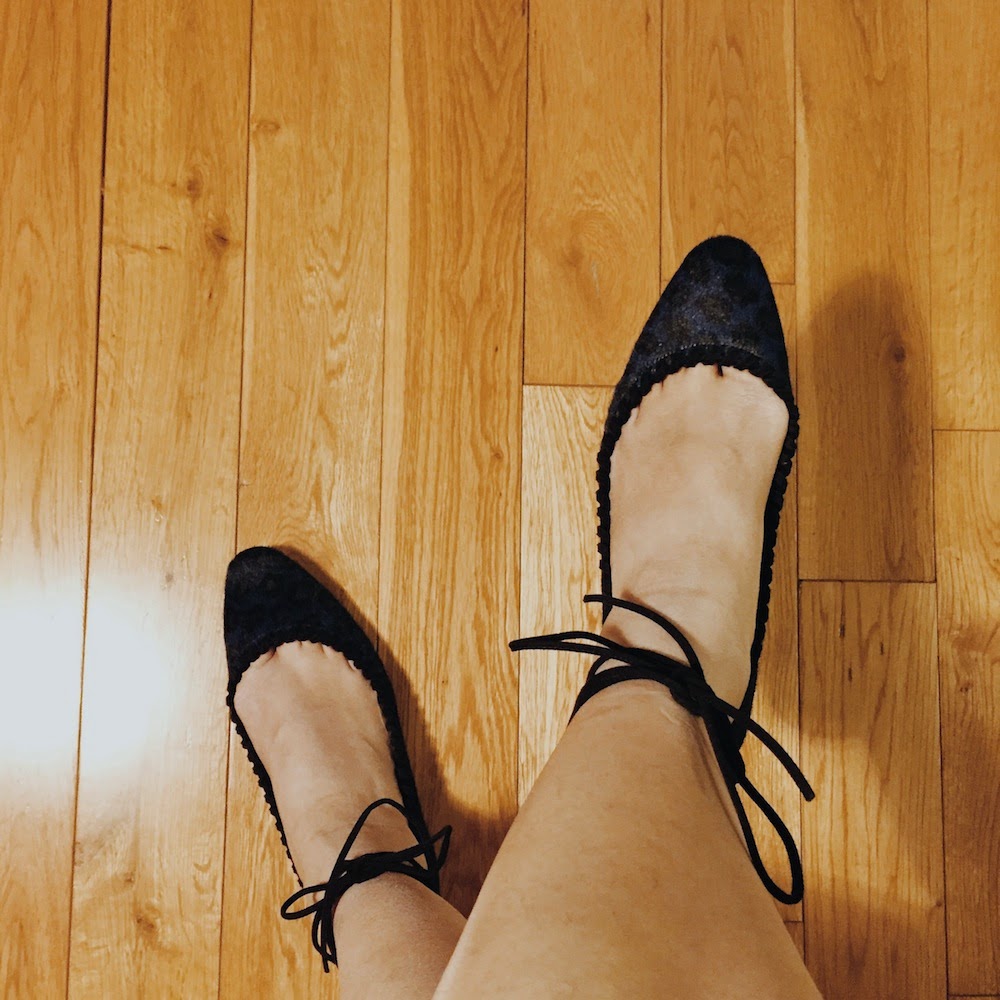