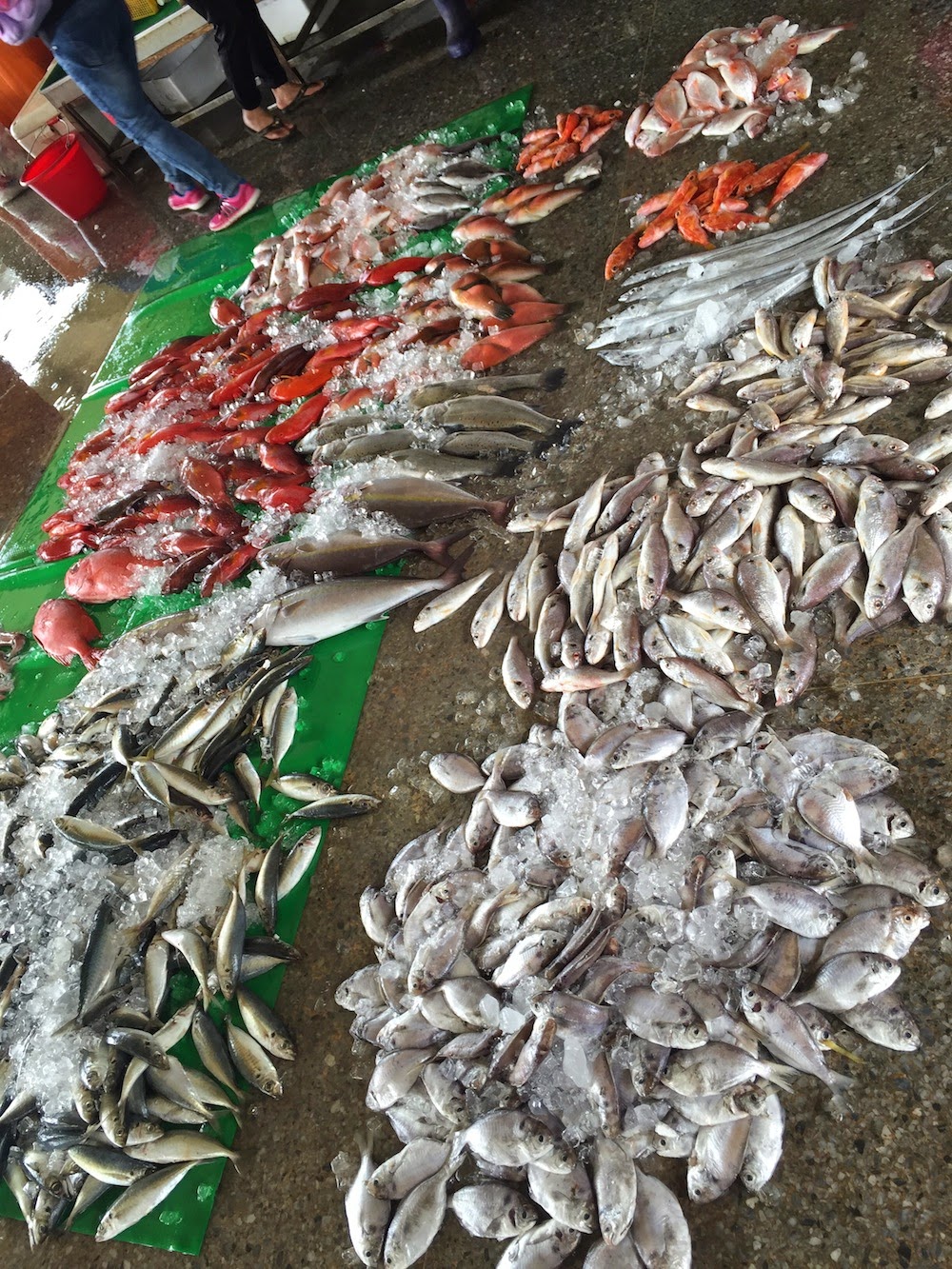 And so the eating begins... It's my second day in Taiwan and I'm doing pretty good with my jetlag although I feel terribly shitty right now. Too sleepy to shower. I arrived yesterday morning and it seemed like I already ate a lot but could have been more if it wasn't for my jetlag. I did pass out around 5 p.m. and woke up around 2 a.m. to eat something. I then went back to bed around 4 a.m. and woke up 4 hours later. That's not too bad I guess. Now it's 8 p.m. and I really want to sleep but I think I can hold up for a couple of hours still...

For lunch today, we went to 竹圍海港 (Zhu Wei Fishing Port) to eat some fresh seafood and end up going to a restaurant called Blessed Captain (賜福船長) recommended by strangers we met while giving them road directions.

At the fishing port, there were a lot of restaurants where you can see all of the live sea creatures you would like to eat and then have it cooked in different styles you pick. Since we live in Danshui which is near the ocean, we have eaten seafood like this many times before. It's amazingly fresh.

After lunch, we visited the fish market where I had my first freshly killed sea urchin ever. It was not cheap though. It cost 100 NT for a small sea urchin and 150 NT (almost $5 USD) for a larger one. For some reason, it wasn't as meaty and nice like how they serve it at restaurants but it was still very sweet. The moving tentacles from the fresh kill was a bit creepy but it did not stop me and my dad from scraping its inside. My mom wouldn't have any of it which made my dad super excited about shoving a spoonful of uni to my mom's mouth and her ducking his every attempts.

Here's what we ate: 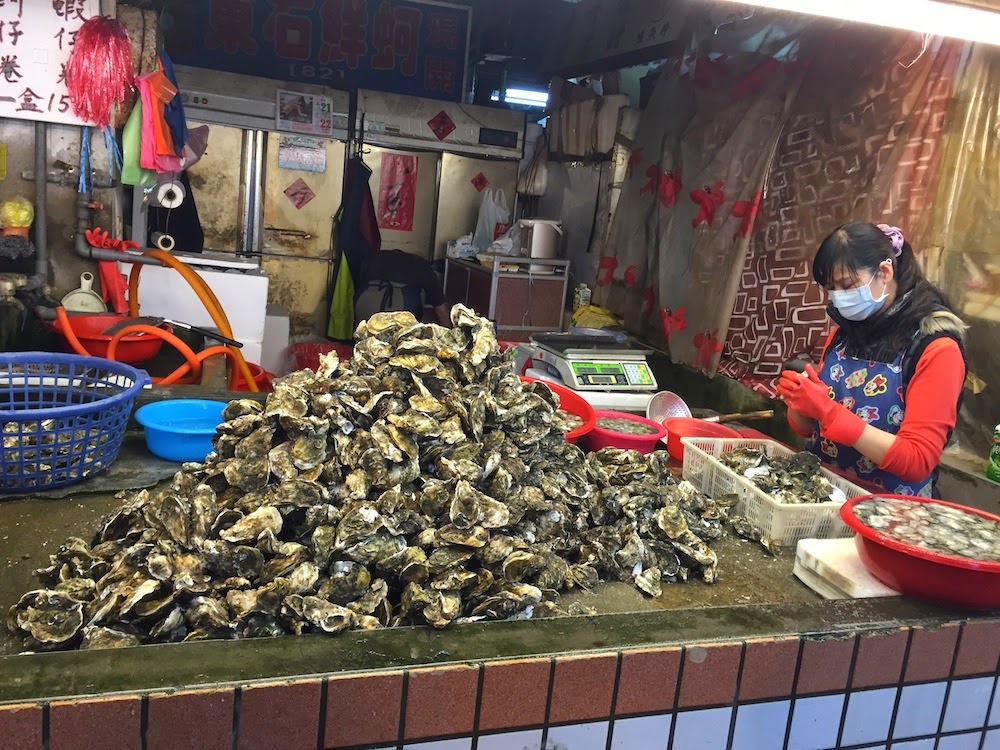 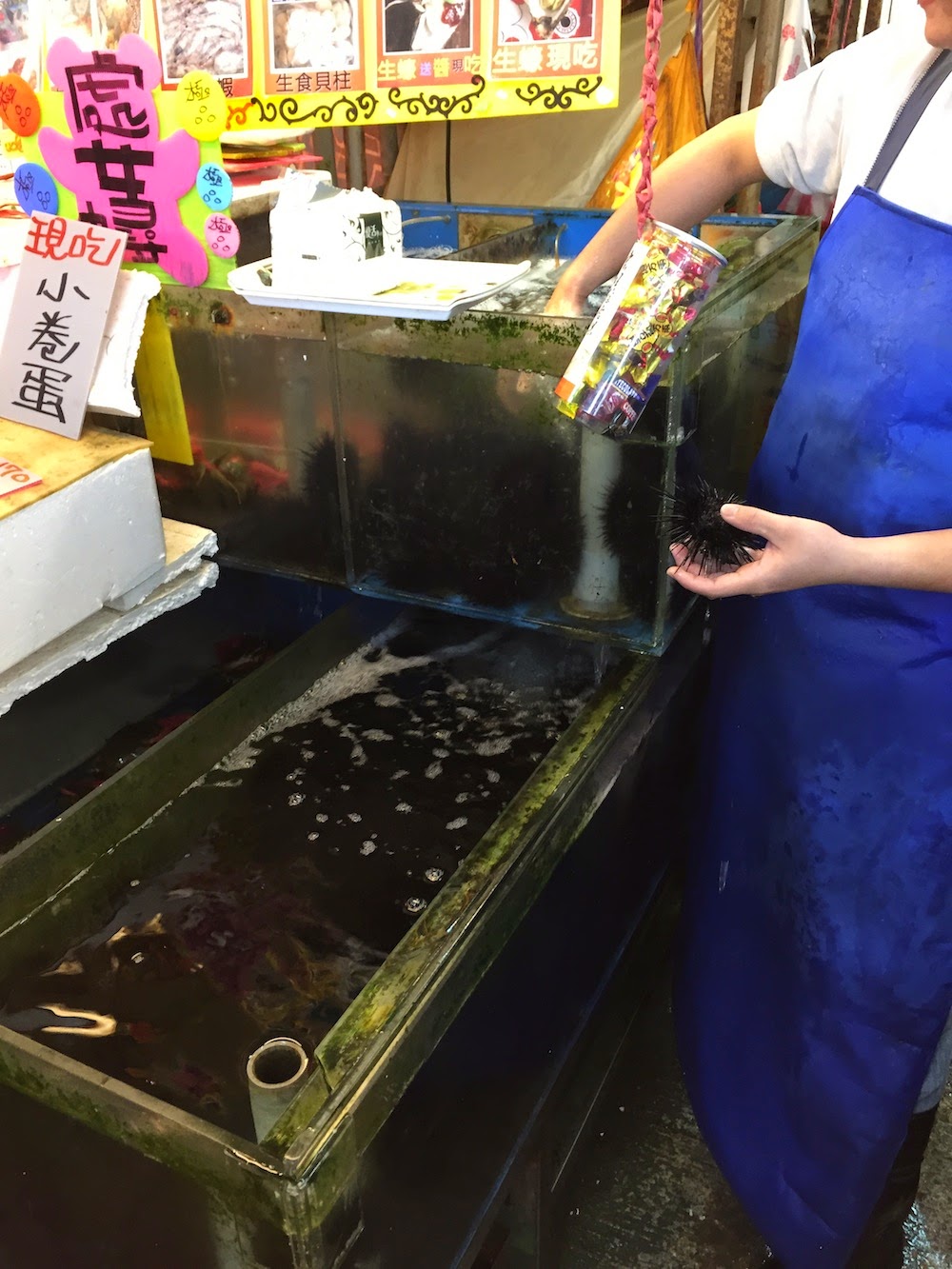 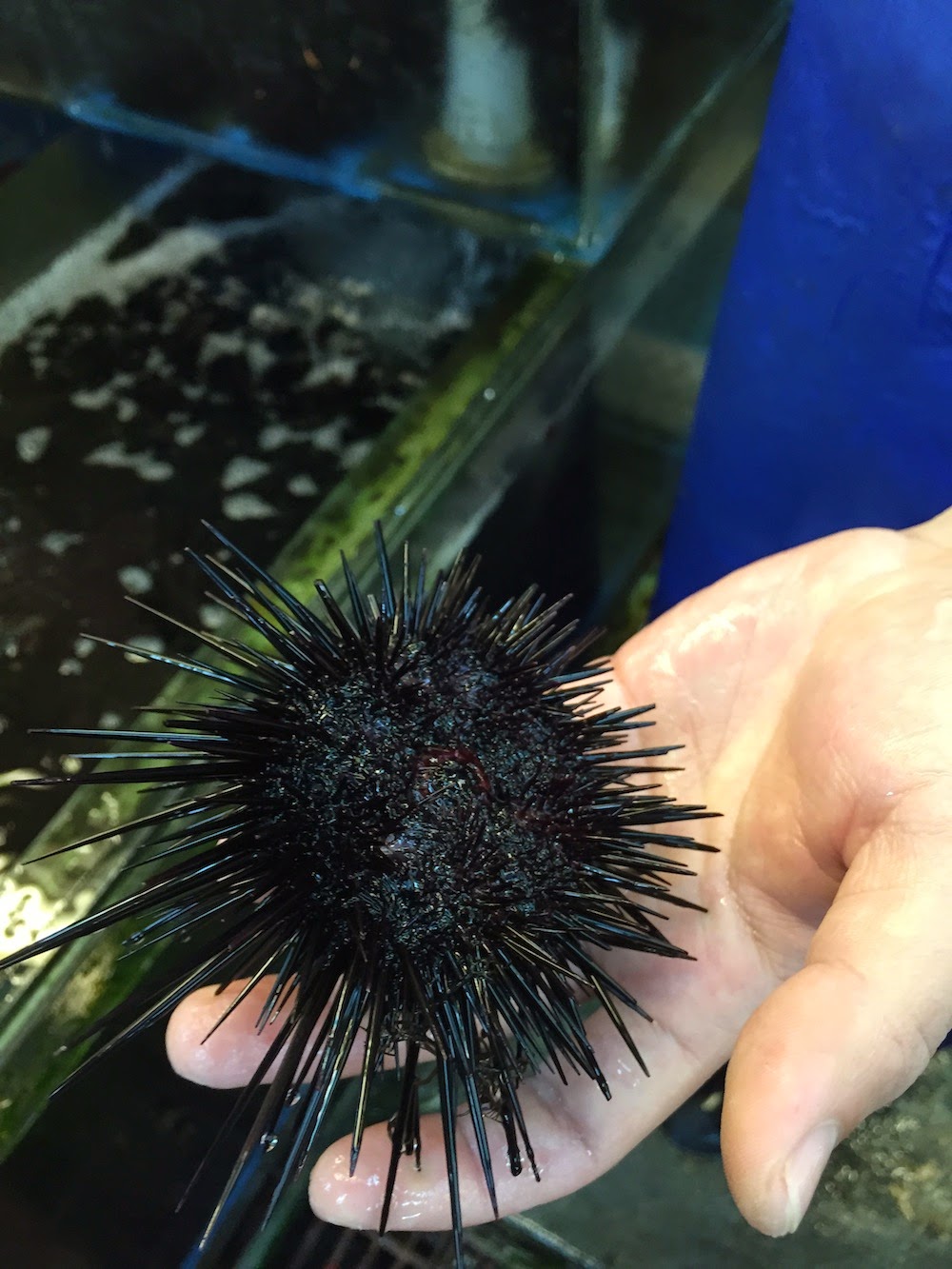