nykeiko eats: Mountain Bird is back at Tastings NYC [Harlem] 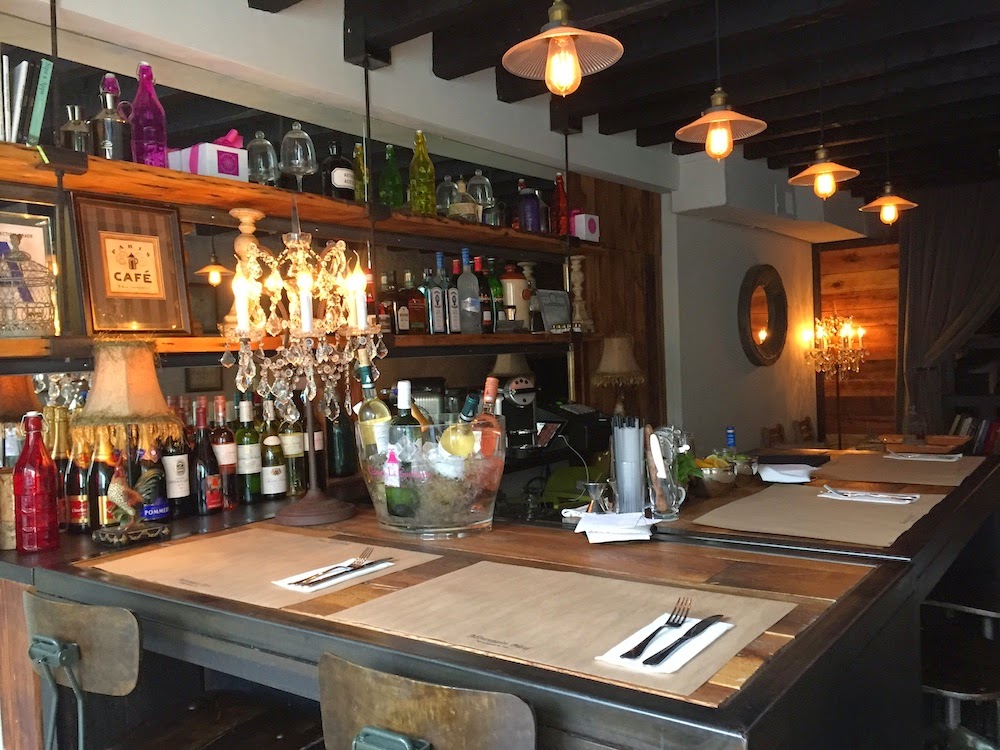 When we heard Mountain Bird was back at a temporary pop-up space in Harlem (at Tastings NYC), we knew we had to make a date of it. Mountain Bird was open for about 8 months until a rent hike forced them to shutter. Well, they are back but only as a pop-up since the owners are still searching for a permanent location in Harlem (yay!) to serve delicious French cuisine.

The cozy space is an open lot facing 110th street. It is nicely decorated with vintage ware and lit up by crystal chandeliers and tea lights enclosed in little bird cages.  Since we never had the chance to try Mountain Bird before it closed, we weren't sure what to expect. Well, when I caught a glimpse of the menu, I perked up. The menu is very creative, innovative and unexpected. I wanted to try EVERYTHING on the menu and pretty much did even if we were only two people. Here are the items that made me giddy. Vanilla butter for the pumpernickel bread, cock's comb (which I learned was that crest thing on top of a chicken's head!), chicken hearts à la Bourguinonne, gizzard confit, foie gras bread dumpling consommé, ostrich tartare, Maine crab salad, cassoulet with duck leg, gizzards and more...If you take a look at the menu, you'll see that I named about half of the items on it and guess what? That's everything we ordered minus the pumpernickel bread since I thought it would be smart not to fill up on bread before a meal. Oh and we (me) also had the dessert the apple tart with vanilla ice cream which is recommended by the owner Keiko.

All the dishes we had, I liked. If I had to pick one favorite dish, it would be ostrich tartare because I've never had ostrich before (FYI, it's from Jersey. I asked.) and I'm a big fan of all tartares! But I also kind of liked the foie gras bread dumplings and the chicken comb with that dip. Dave's favorite dish was his entrée portion cassoulet. He likes hardy stews so that hit the spot.

Dave and I both tried a cocktail but it was not the highlight of out meal. Dave had a twist on an Old Fashion while I tried the "Forest fruit infused gin with tonic, orange peel and lemon wheel" cocktail. Although the drinks looked nice, it just didn't meet our expectations. Maybe we will try other cocktails or simply pass on the drinks and get another appetizer dish! They do have a nice wine selection though.

In all, the meal was great and we will definitely go back when Mountain Bird finds a new home.Oh and after the meal, I sneaked to the back to take a peek inside the kitchen. I spotted two busy chefs cooking away with no kitchen staff. Amazing! 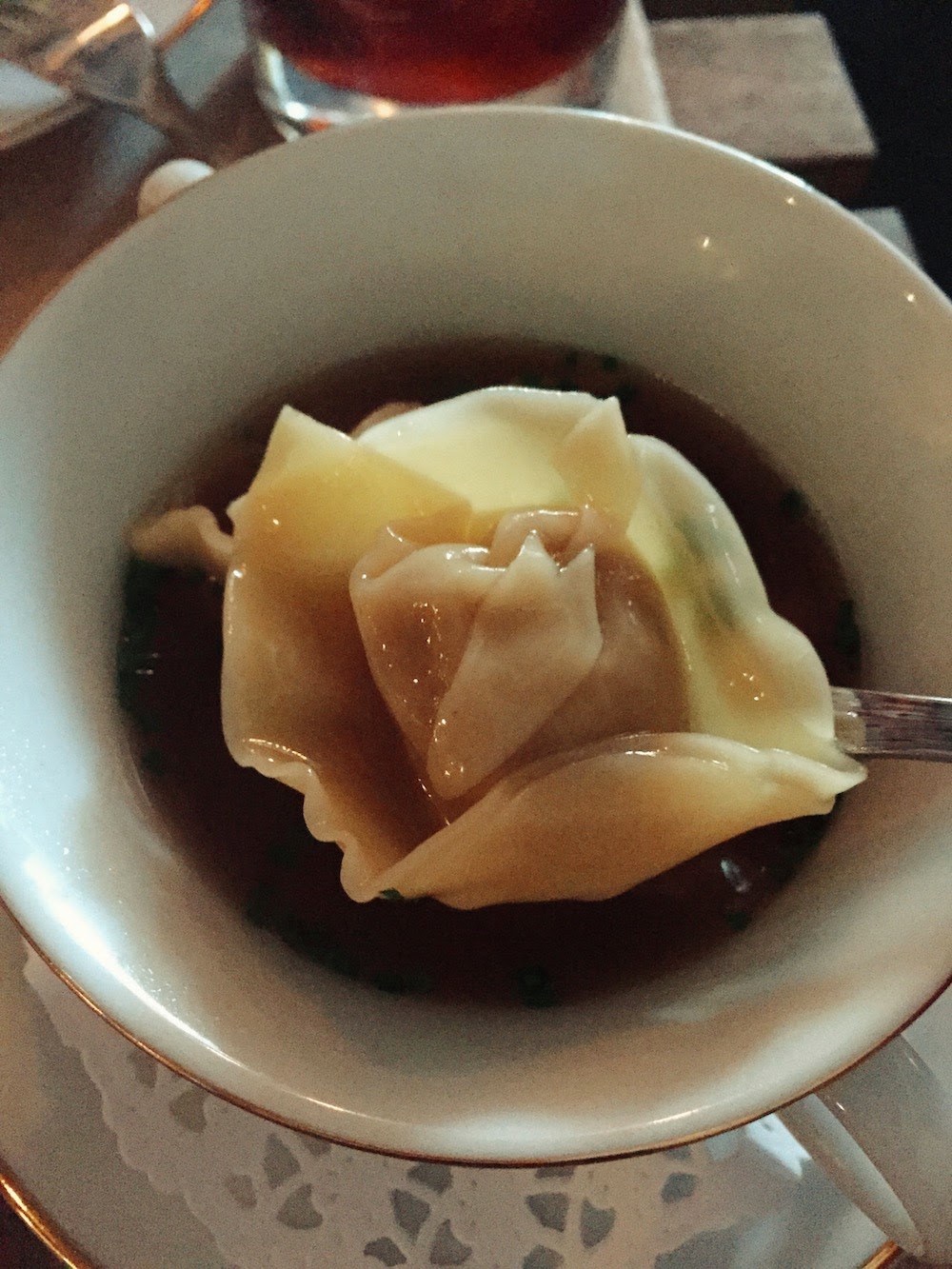 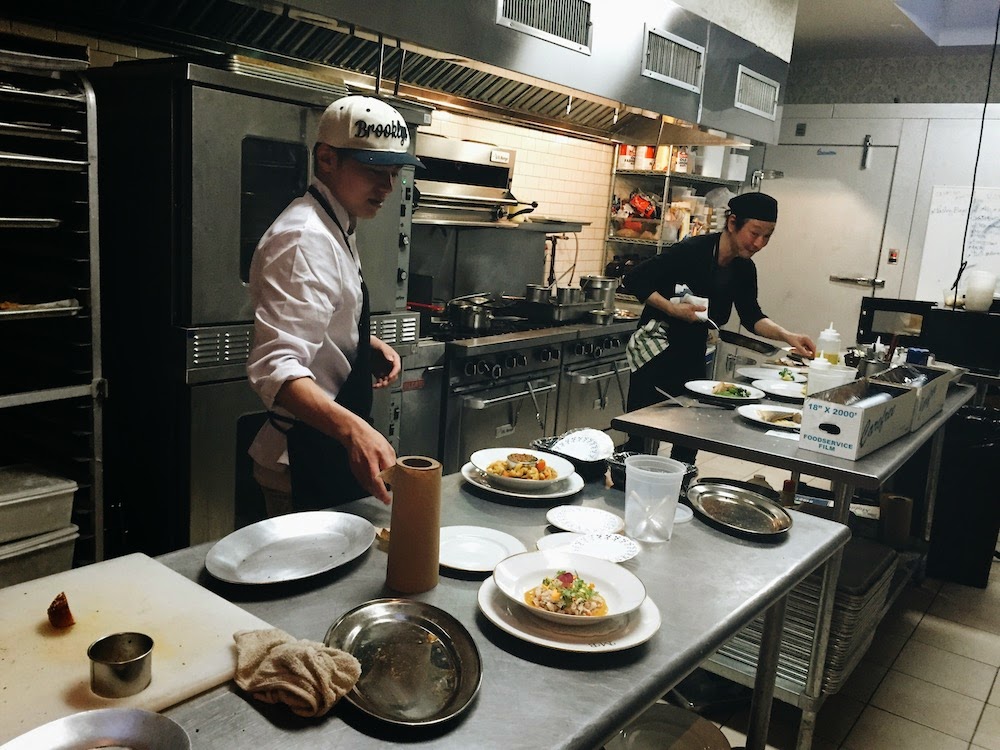 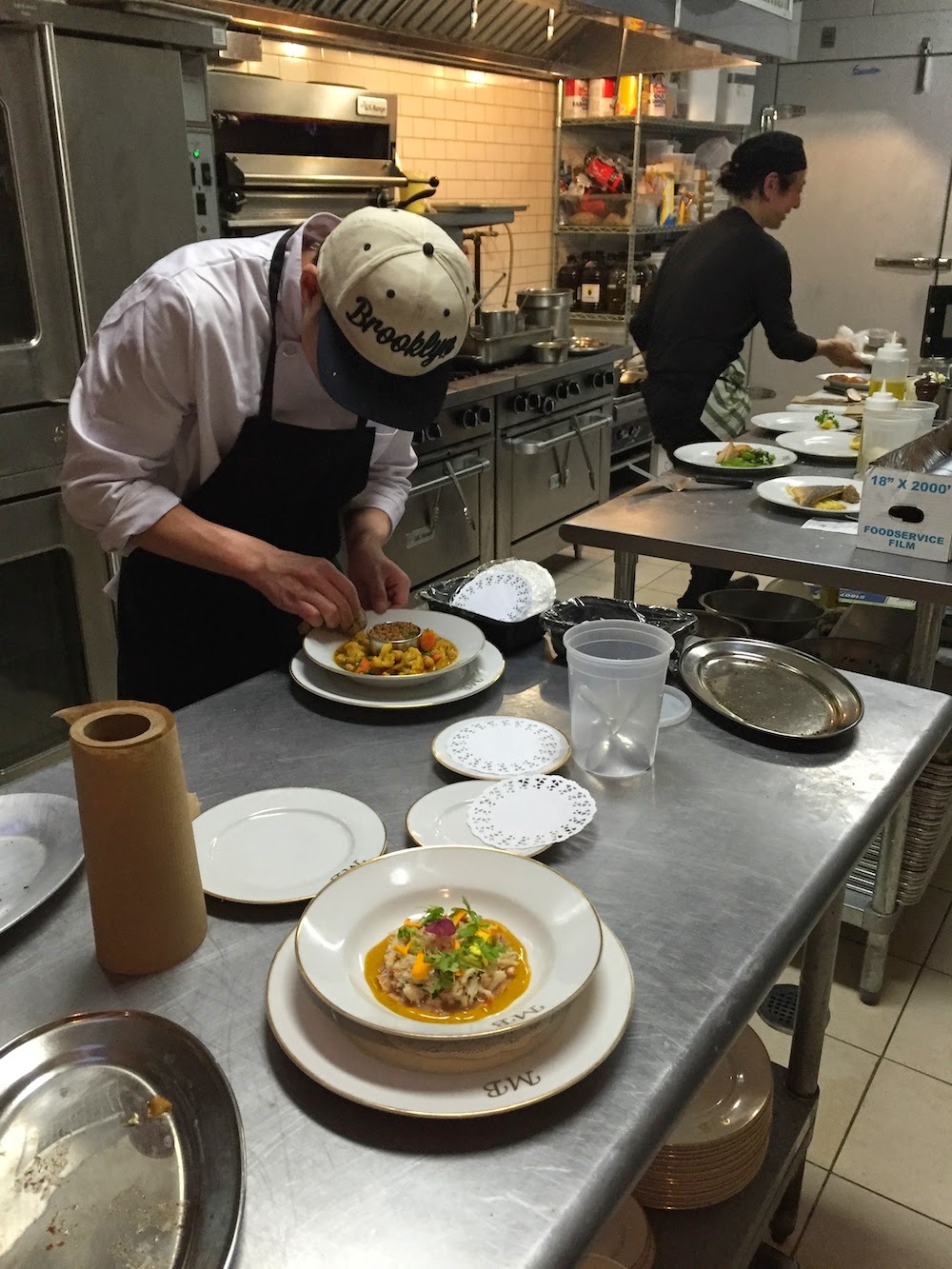