nykeiko plays: The Woman in Gold at the Neue Galerie NYC

The portrait of Adele Bloch-Bauer I is one of the many masterpieces produced by world-renowned Austrian Art noveau and post impressionist painter Gustav Klimt. To see this beautiful portrait also known as Austria’s Mona Lisa, I was so happy to learn that I did not have to fly myself to Austria to be in the presence of this gold beauty.


I found out about the portrait when a friend of mine, who is a fan of Klimt’s work and recently returned from a trip to Austria, mentioned that one of his favorite paintings from Klimt was not in Austria but in Manhattan.  He visited over a dozen museums to see Klimt's work and the one that he wanted to see in person was just a few blocks away from my work.

So, I did the “honorable” thing and went to see the painting for him (He lives in Canada.) (I even mailed him a postcard of the painting from the souvenir shop!) I took advantage of the museum's free first Friday (of each month) and so did over 100 people on a rainy cold night in the middle of winter. After almost an hour wait, I finally made it inside. I asked where the painting was (which is on the second floor) and there she was. I was cold and drenched from head to toe but I didn't care. She was totally worth it. 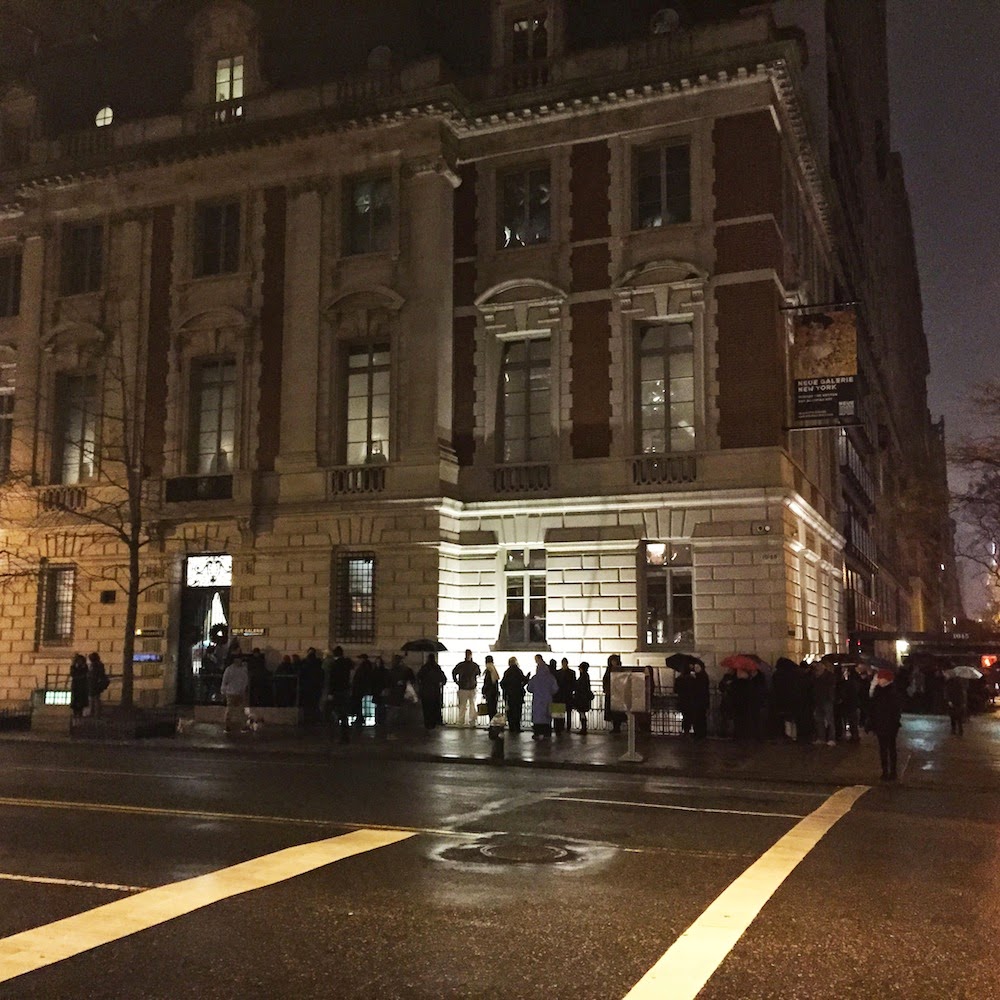 This piece is also known as the 'Woman in Gold' and it has been a permanent fixture at New York’s Neue Galerie museum (http://www.neuegalerie.org/) since 2006. With the release of the movie 'Woman In Gold' featuring Helen Mirren and Ryan Reynolds, which is the story about how one woman fought (in her 80s no less!) to reclaim the stolen painting after 68 years, the popularity of this painting might surge even more. I think that most people who visit the Neue Galerie goes to catch a glimpse of the portrait but since I'm not an art connoisseur, I have a feeling there are a lot more Austrian and German art pieces on display that is worthy of recognition which I have yet to learn more about.
Posted by Keiko at 9:17 AM