So I decided to check out the Chloé sample sale when my husband got an invite to RSVP for the sale via C21 edition's mailing list. I was surprised when he forwarded it to me because I was like, how did you get this and not me? But turns out anyone on the mailing list got it except me cuz I didn't sign up. The sale was originally announced to start on Tuesday May 19th (8 AM to 9 PM) and I thought hmm I could do an 8 AM shopping spree before work no problem. My friend who was visiting from out of town agreed to be my shopping partner and was going to join me. More motivated to wake up at 6 AM for sure. His motivation was getting someone his bf wants. (Pics after the jump...)


A couple of days later, I learned that the sale went from a 3-day event down to a 2-day event and was going to start a day early. Now this is where the confusion begin soon. When you RSVP (on C21 website) you see the sale starts on Monday from 1 PM to 9 PM and Tuesday from 8AM-9PM. The confirmation email got to my inbox at 7 AM on Sunday morning and said the sale was to start in 24 hours. So I thought, wait, that would be 7 AM and not 1 PM as posted. Since the email included a phone number to call for any questions, I called. An employee confirms that the sale would start at 8 AM for VIPs (those who RSVP) and then open to the general public at 1 PM. I confirm this by reiterating my question several time because I was not under the impression that RSVPing on their website would make me VIP since anyone can RSVP. I was skeptical but decided to set my alarm early and make my way downtown by 7 AM anyway. When we arrived at 7:05 AM and saw one lady in a lawn chair waiting since 5 AM, I knew something was wrong. There was no crowd! She told me that she called along with another friend and realize that we all got different versions of the start time. The lady didn't take any chance and came super early to stake her spot. As more people arrived, most of them had similar stories. They called the store yesterday and were told the sale would be at 8 AM. After we spoke to the store manager who was settling up ribbons outside for the line, he finally confirmed that the sale would start at 11 AM for VIPs i.e. Chloé employees and then open up to the public at 1 PM. WTF!

I was NOT counting on waiting for 6 hours. I had to get to work! I stayed until 8 ish just to be extra sure they were not opening the doors and then made friends with the girls in front and in back of me who agreed to save my spot so I can go to work and come back during lunch time. I was grateful. I offered to bring back coffee, water or snacks but they refused! At this point, I wasn't even sure why I wanted to shop the sale so much but I was just curious about the discounts. Well I was also hoping to snatch up Chloé's Lauren's flats I heard so much about (Note: There are NO shoes at the sale except for two pairs I spotted in size 40 for $225. There is also NO perfume collection.)

I returned to the sale just before noon (with snacks!) and there was a semi-manageable line of 40-50 people waiting. I went back to being third in line which raised a lot of eyebrows but I was able to confirm I was indeed here in the morning for an hour since 7 a.m. and my new friends here saved my spot. The line grew exponentially as it got closer to 1 PM, probably around 200 when they started letting people in. I even witnessed a line-sitter who was paid by a lady with a tiny baby in her arms (I later saw her with an armful of bags on her left arm while the other cuddled her child! What a PRO!) 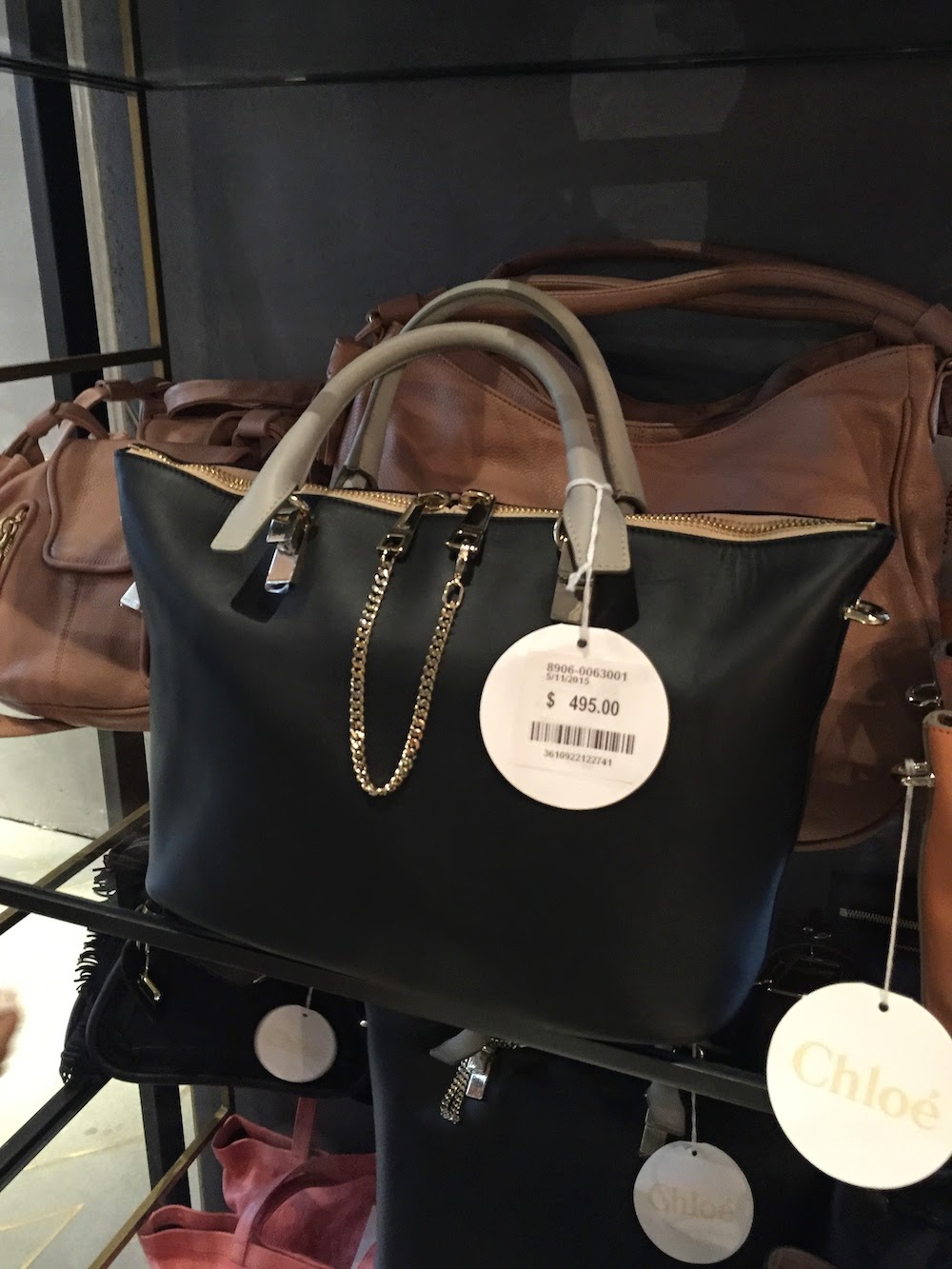 VIPs were ushered in an hour early and women came out with bag full of goodies. At around 12:45 PM, they finally let everyone in. I had already found out from an employee that there would be no shoes at the sale (which was my goal) and so I agreed to stake out some bags for the girl who saved my spot. We looked through the bags downstairs for 2 minutes and rushed upstairs for more bags. She snatched a blush pink Paraty Shoulder bag on sale for $595 (retail price $1990) and a Marcie medium satchel bag in red for $595 (retail price $2,100) for her friends. She found nothing for herself. I looked through the bags over and over and saw nothing I liked but I was probably the only person with nothing in hand as I witnessed women grabbing armful of bags. Either they were hoarders or have a bag problems. Or just have a lot of requests from friends.

The cheapest bags I spotted were 'See by Chloé' bags. I spotted wallets for $50, mini leather clutches for $55-$95, $150 bags and furry bucket bags. Chloé handbags were more pricy and saw bags priced between $495 up to $4500 for exotic bags but many styles were under $1000-$1500. I couldn't take pictures of all the bags because there was a lot of eager girls wanting to grab the bags away. I was told by an employee that discounts on bags ranged between 50-70% off. Clothes were discounted between 50%-90% off.

Many bags were priced as marked so I didn't do the math for all of the styles. I'm not super familiar with the styles neither but I knew the Marcie and Paraty medium satchel bags (both priced at $595) were first to go. Duo color zipper totes and bags were also in everyone's arms but when I was in there, everyone was kind of just grabbing as much as they can.

When you enter, the bags are to your left and 'See by Chloé' clothes is to your right. 'See by Chloé' prices were way cheaper. I saw wide pants for $49 and lots of clothes for under $100. Chloé items are much more expensive, I spotted a black and pink chiffon silk tops for $297. There was also some long gowns marked between $500-$2000.  In the center there some gold statement jewelry. Rings and key lock bracelets priced around $125. The cheapest accessory was a mini chloe leather pouch/chain for $50.

Upstairs, there are shelves of bags to your left, full gowns and dresses and more ready-to-wear to the right. I skimmed through the racks but prices were still too high for me except the 'See by Chloé' collections which I had no interest in shopping.

Since I was in a rush to get back to work, I didn't do a complete report on clothes but I can say there was quite a lot. Most people were rushing towards the bags first and then calmly shopping the clothing racks. 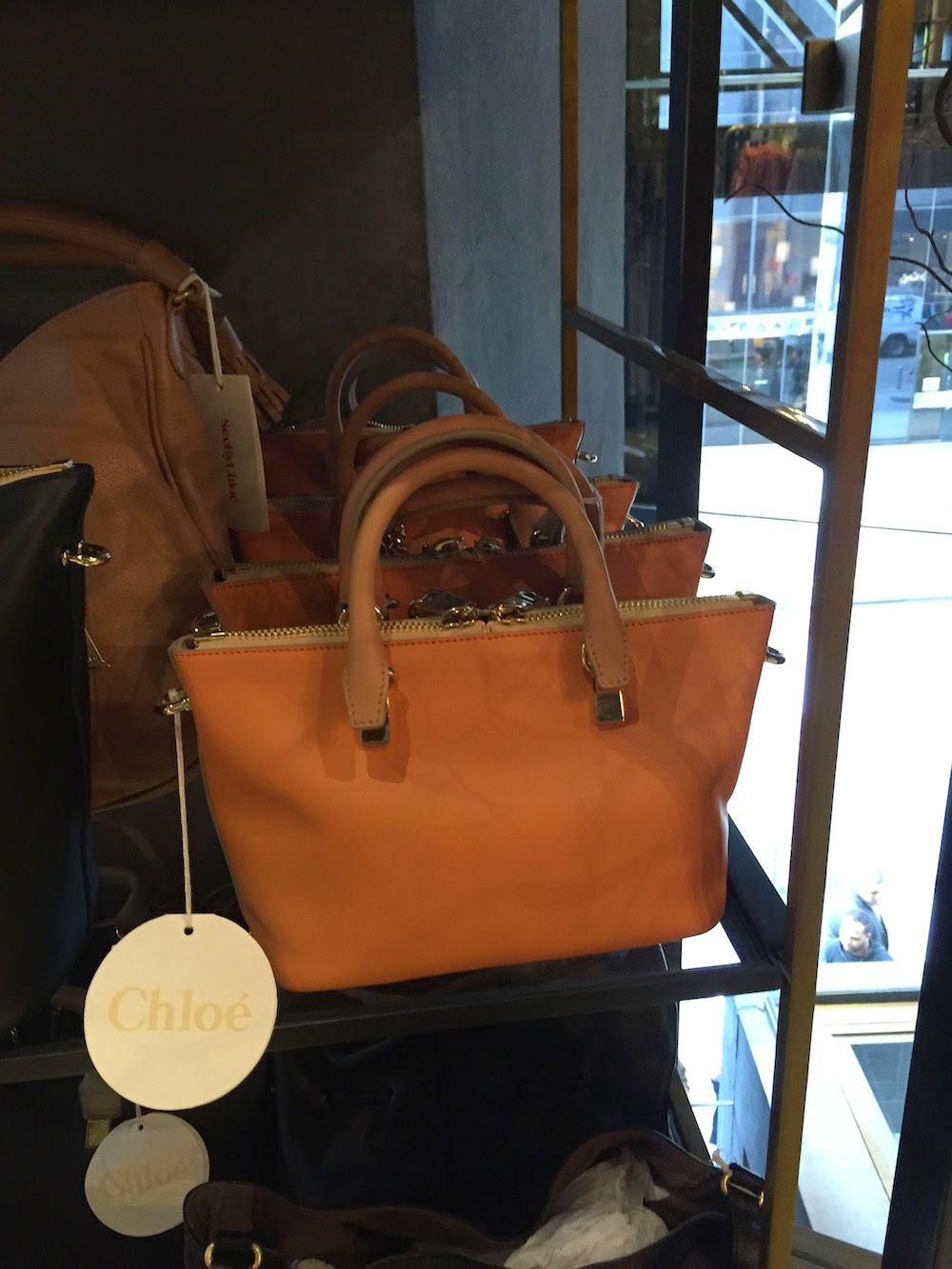 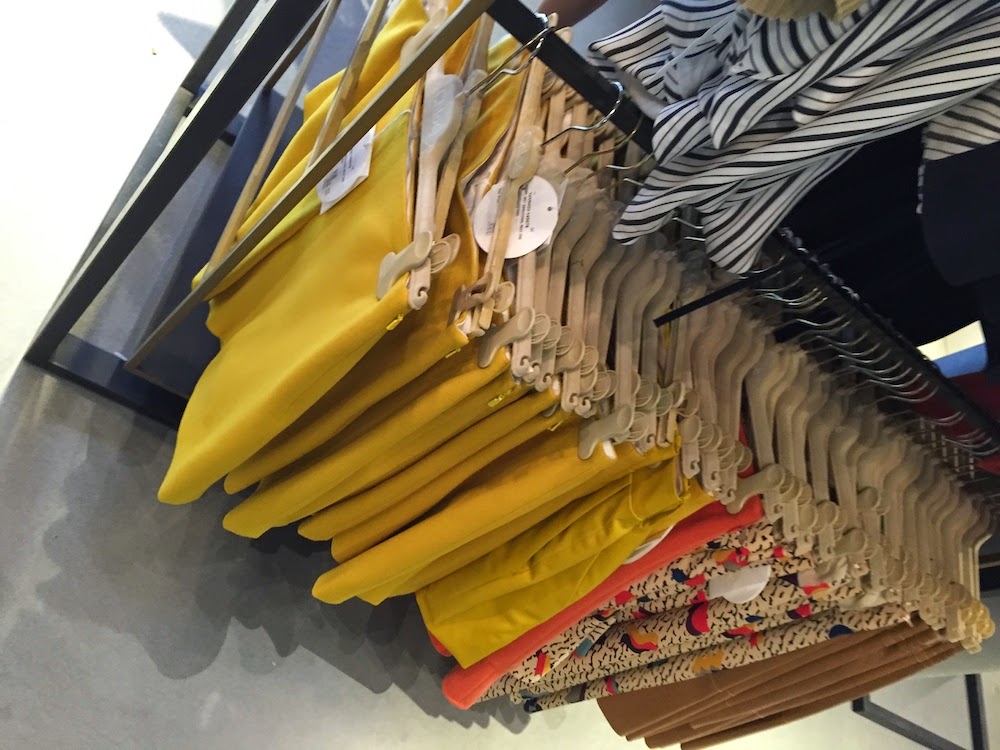 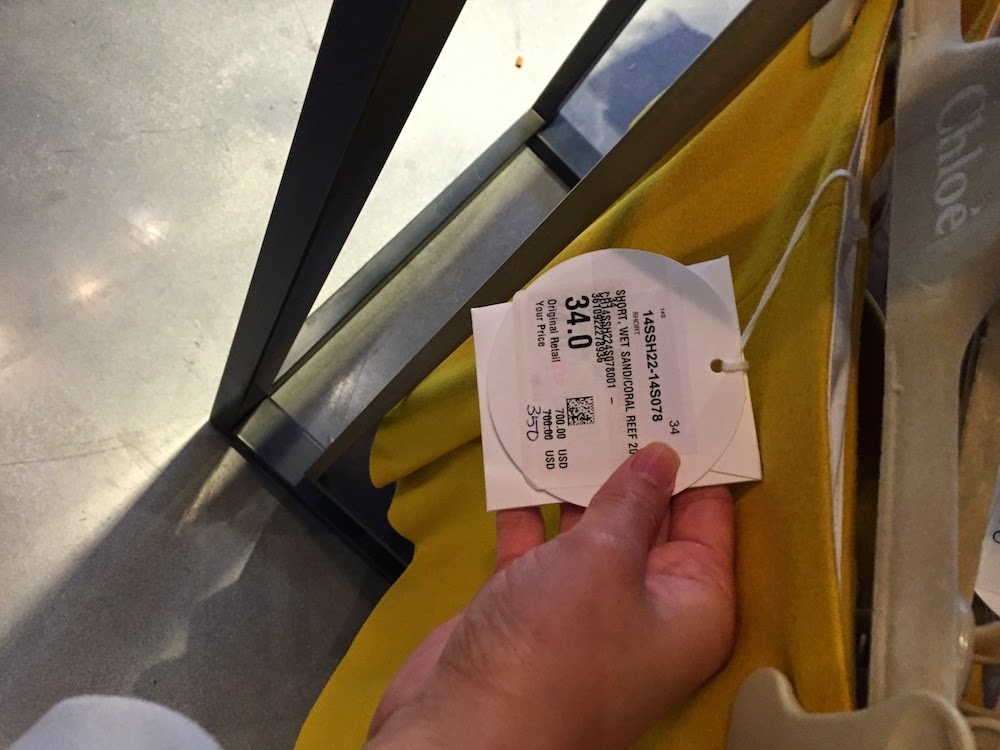 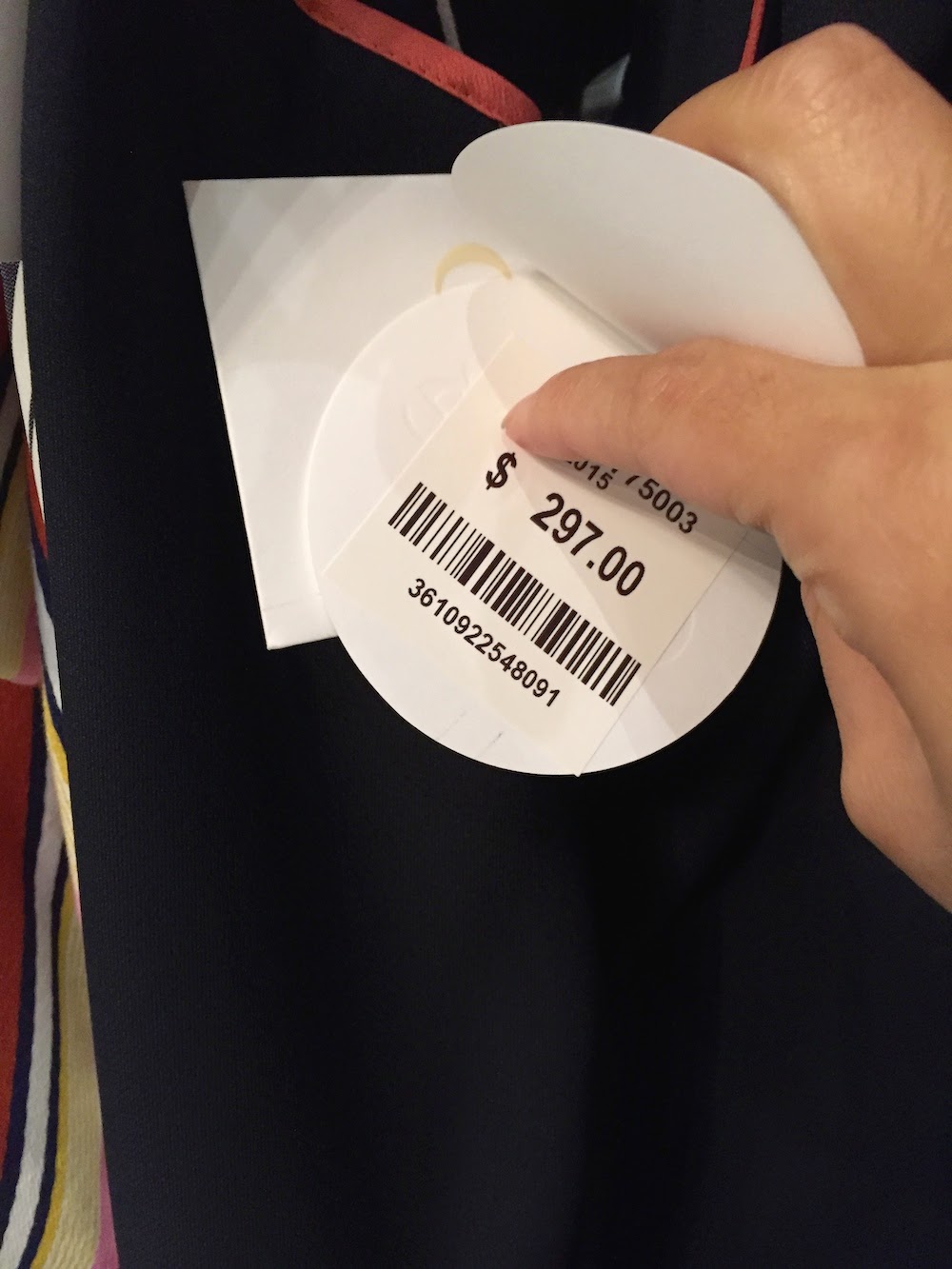 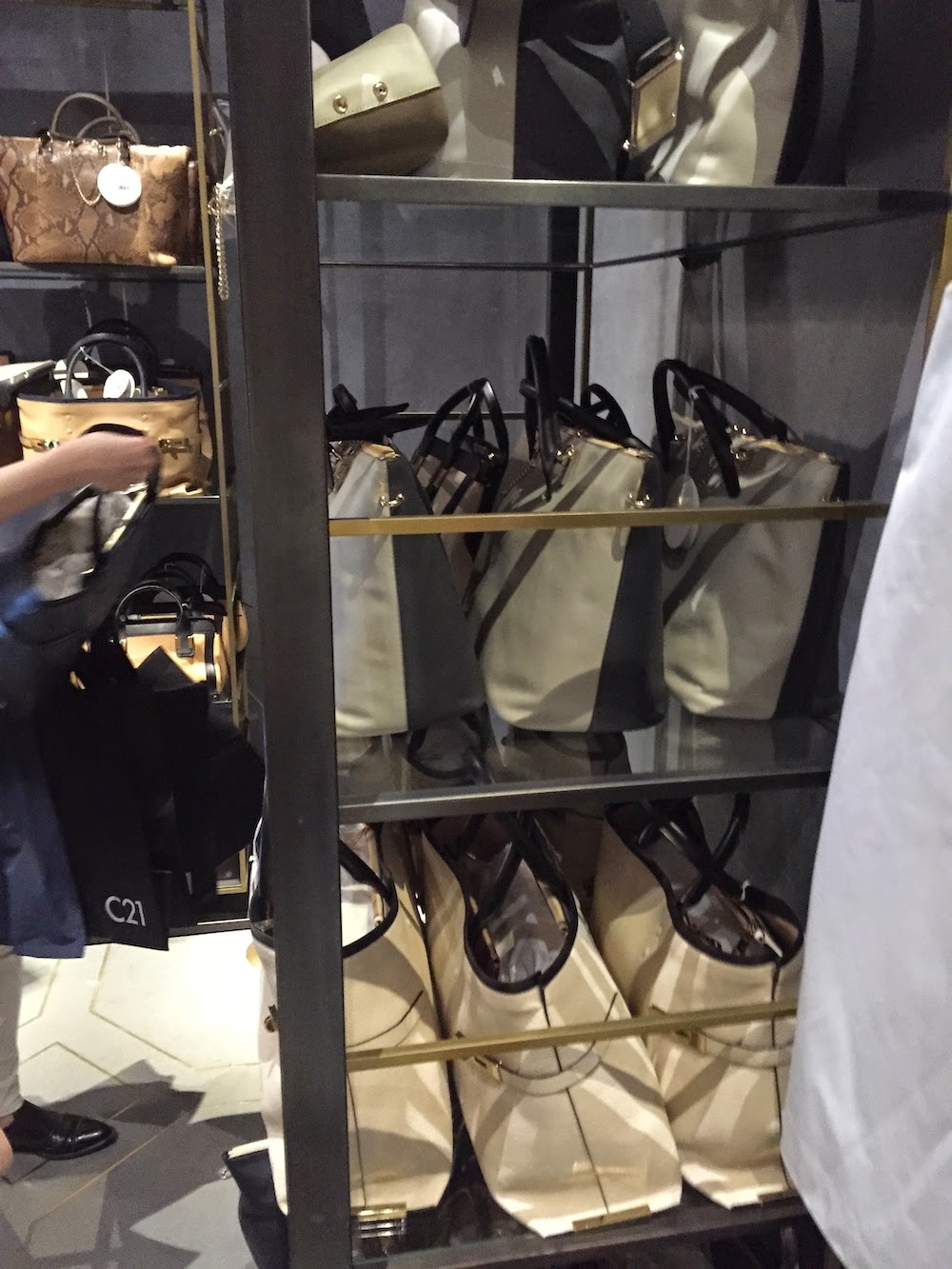 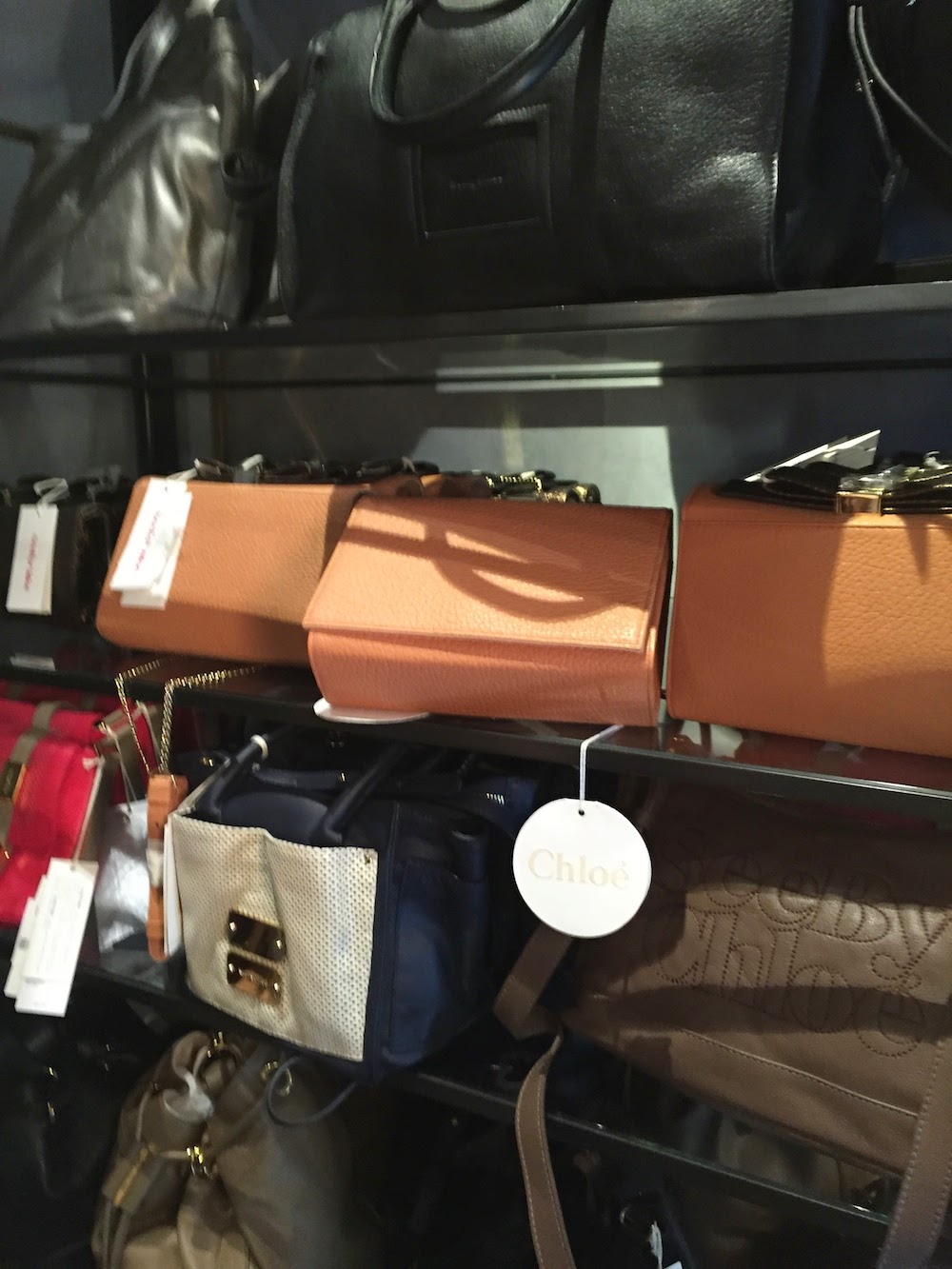 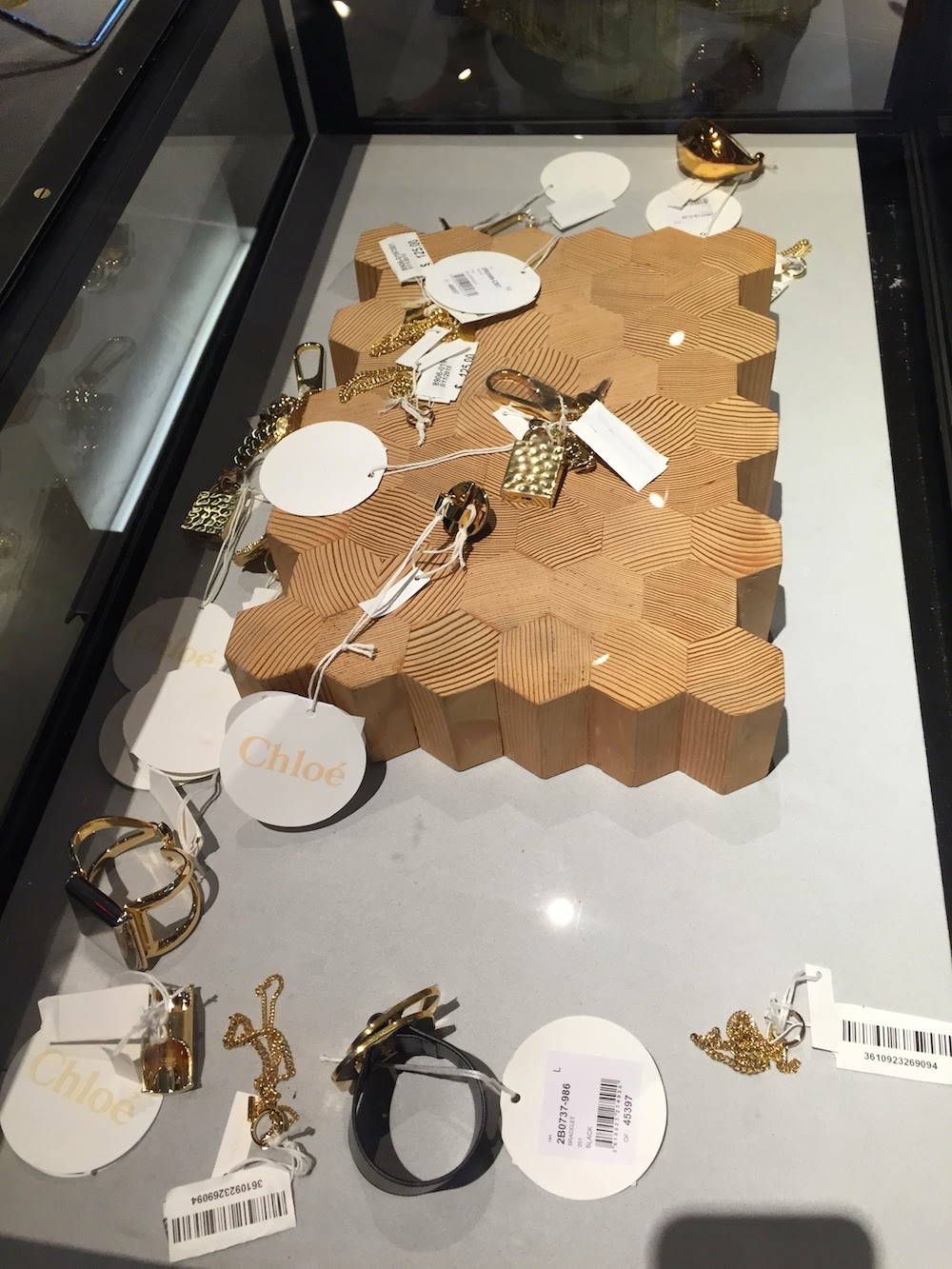 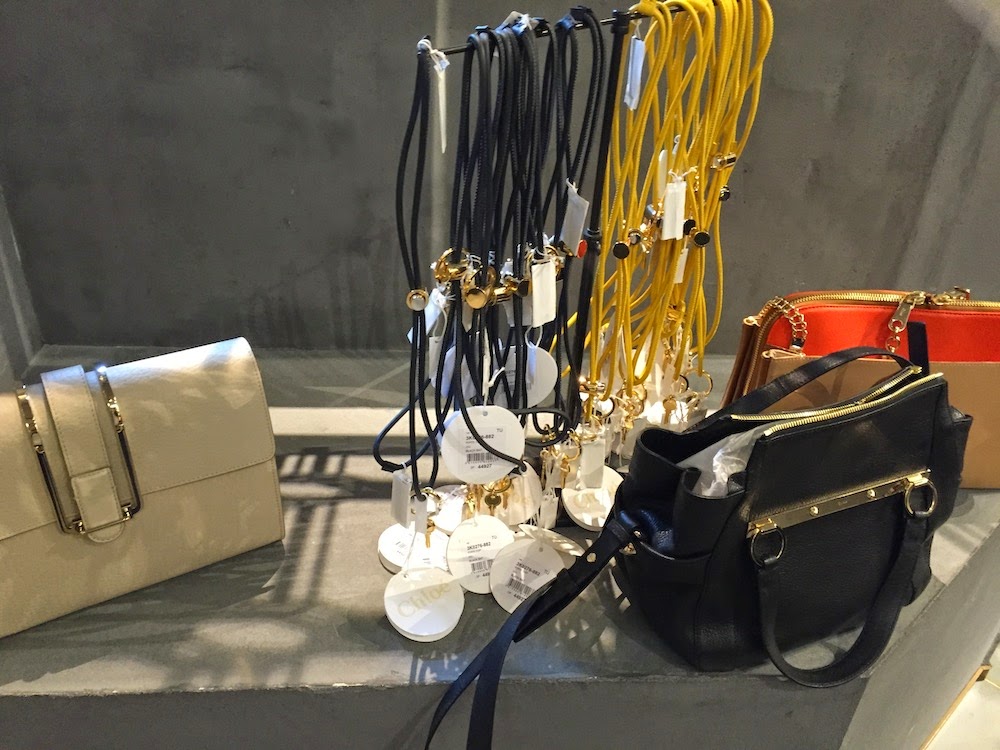 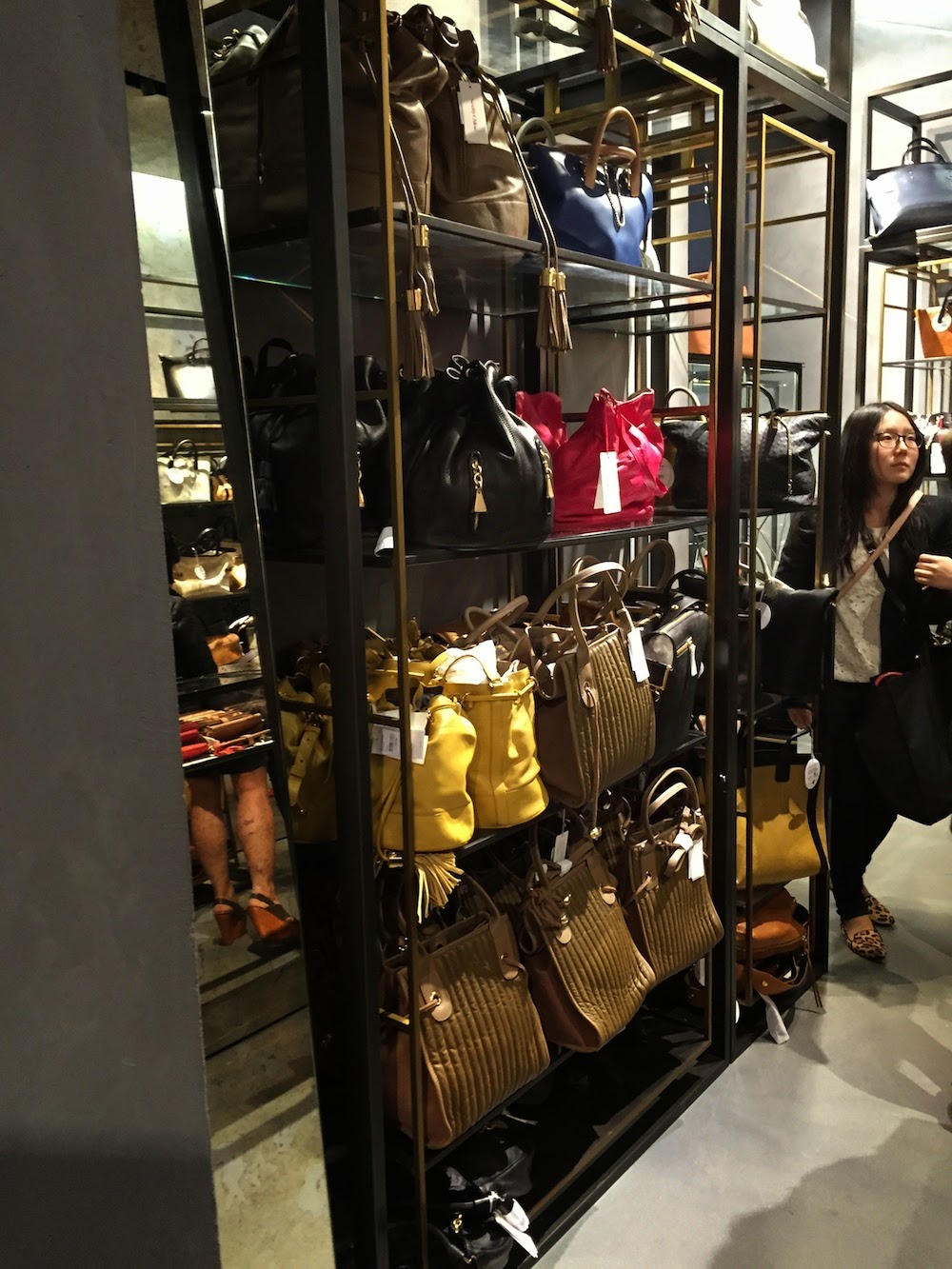 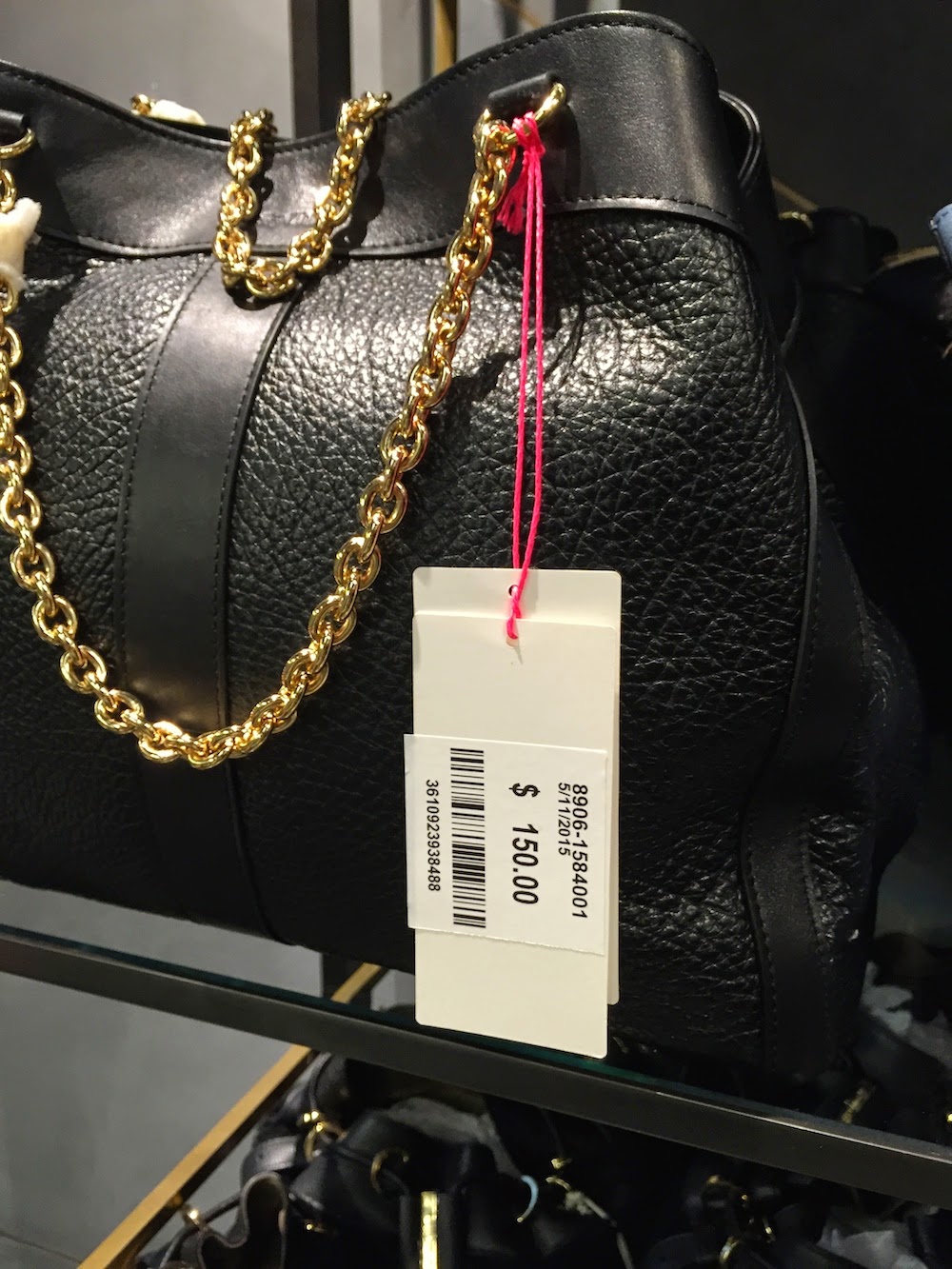 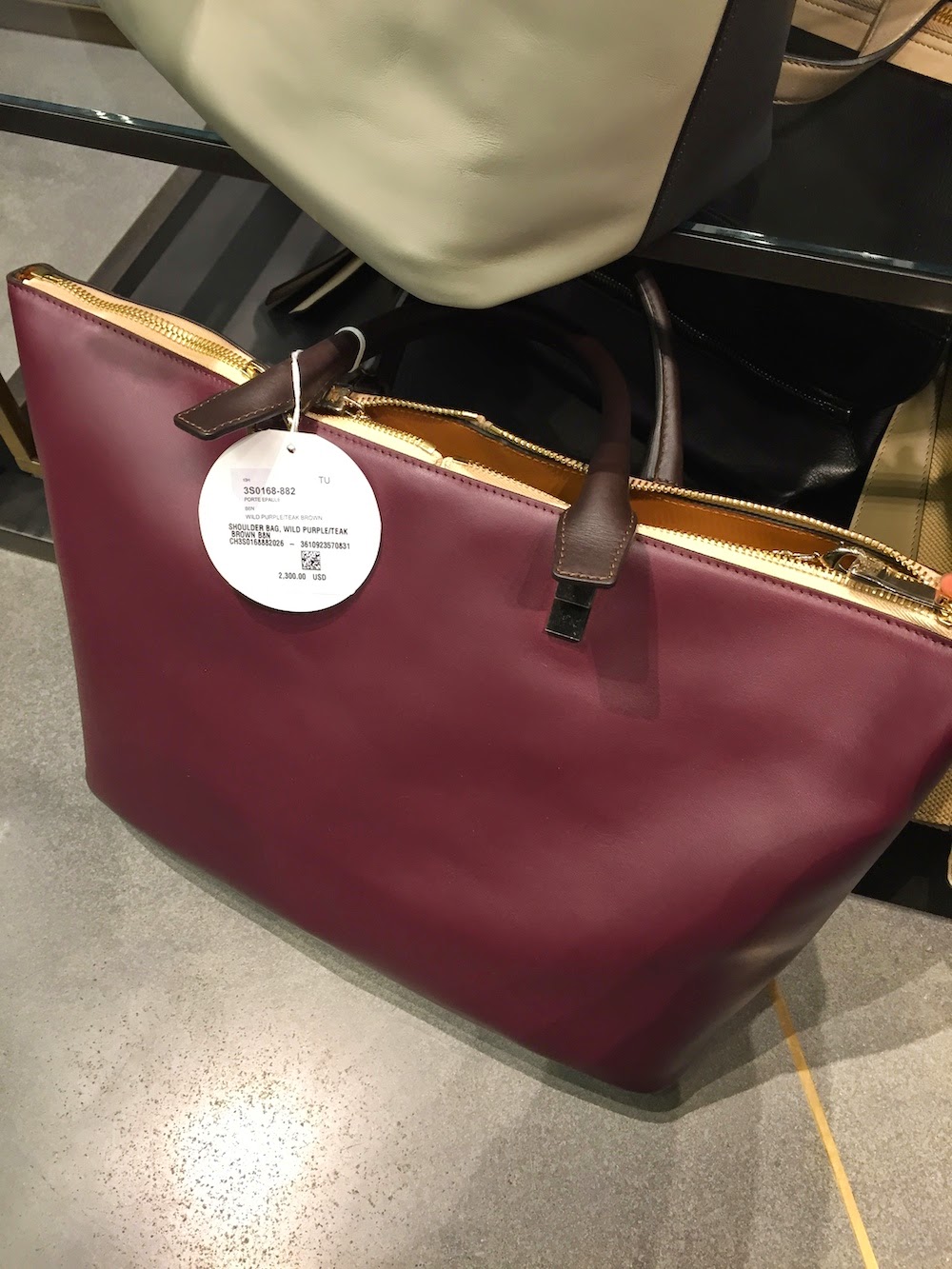 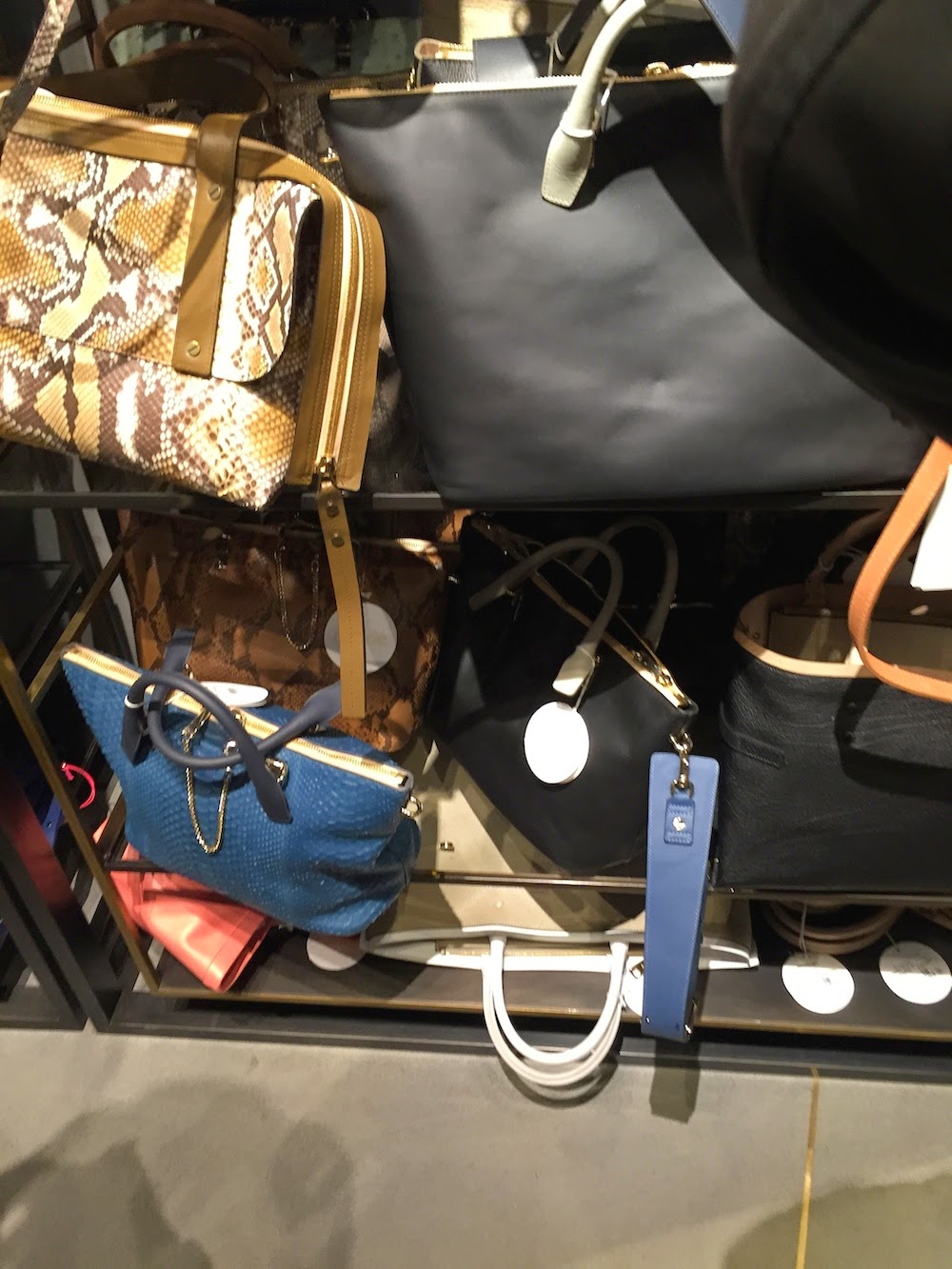 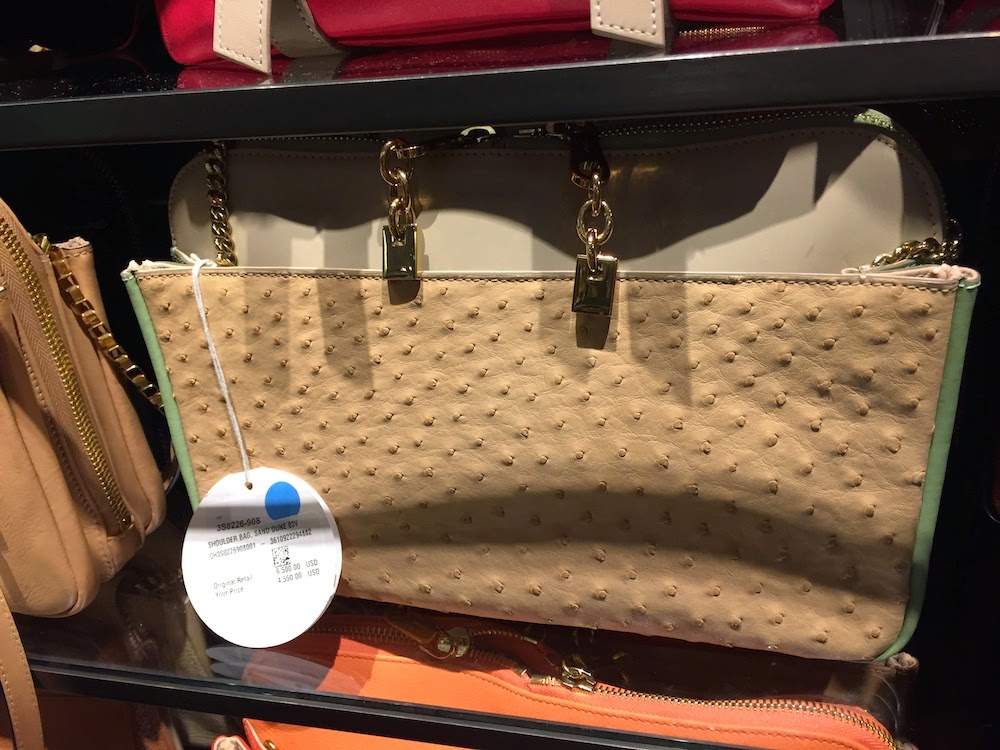 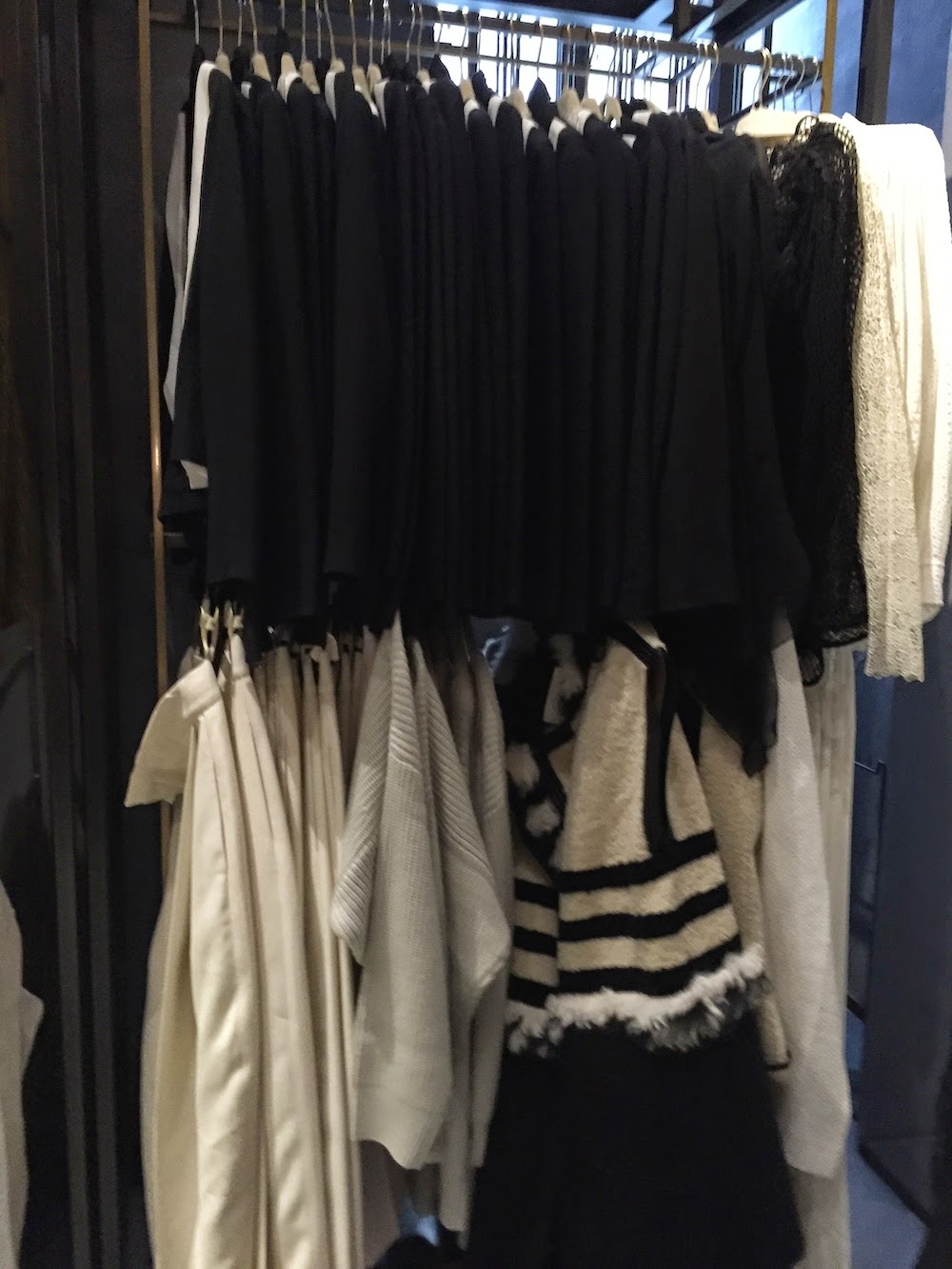 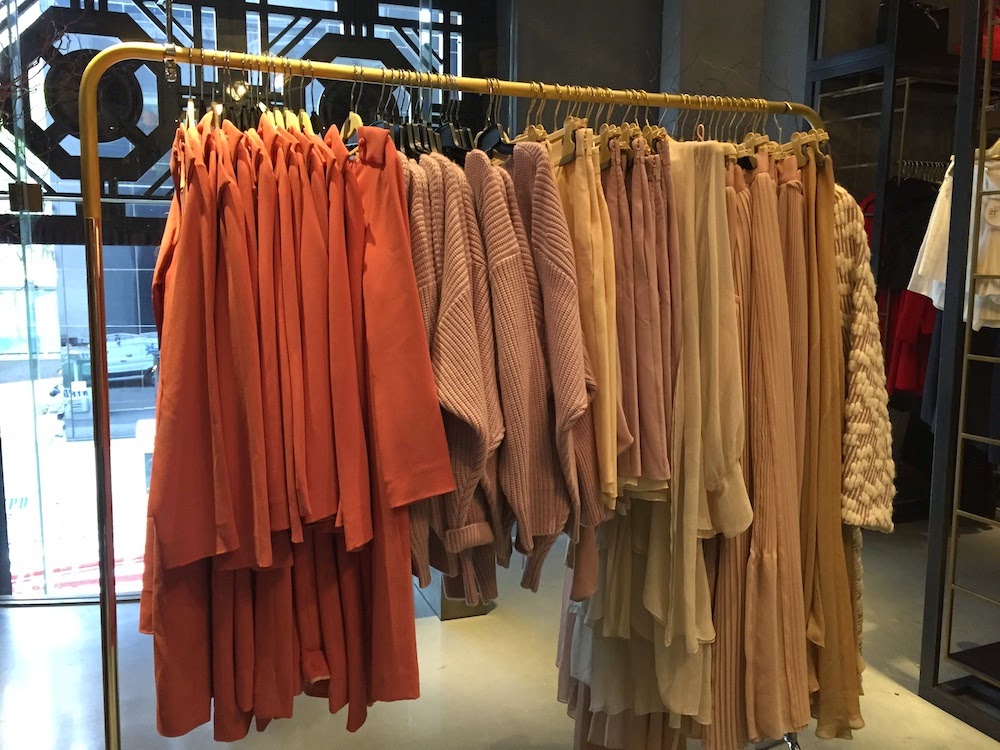 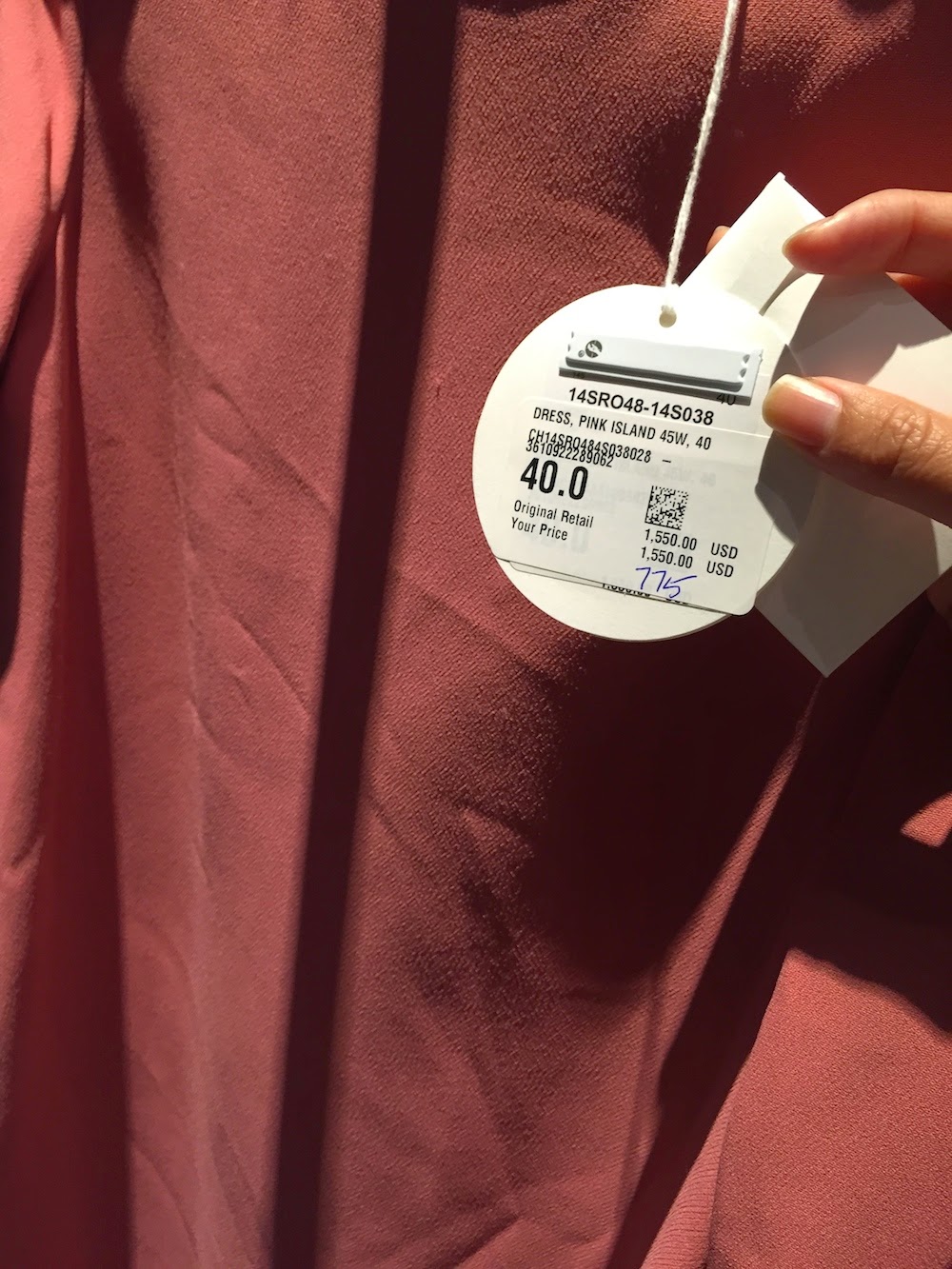 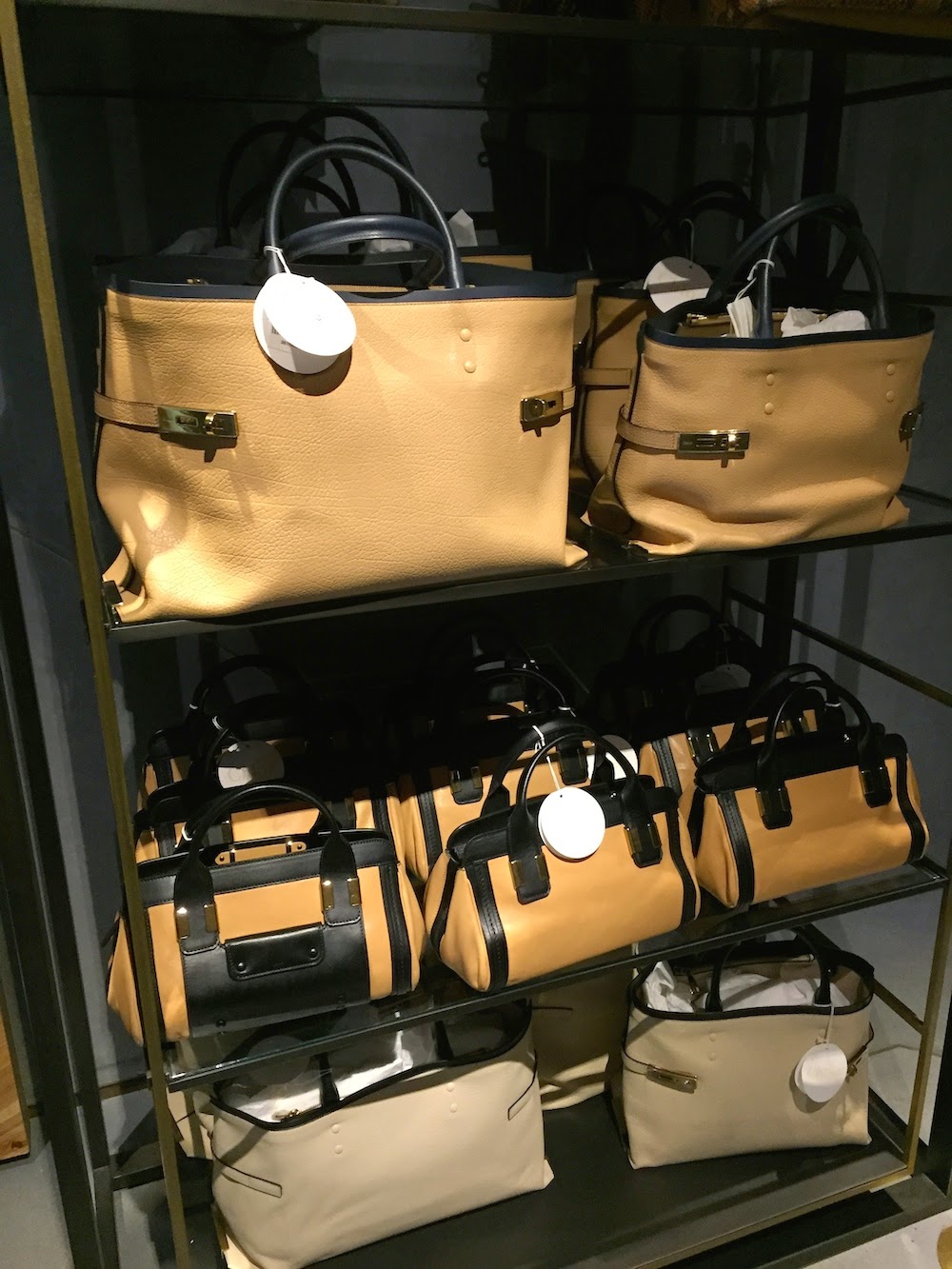 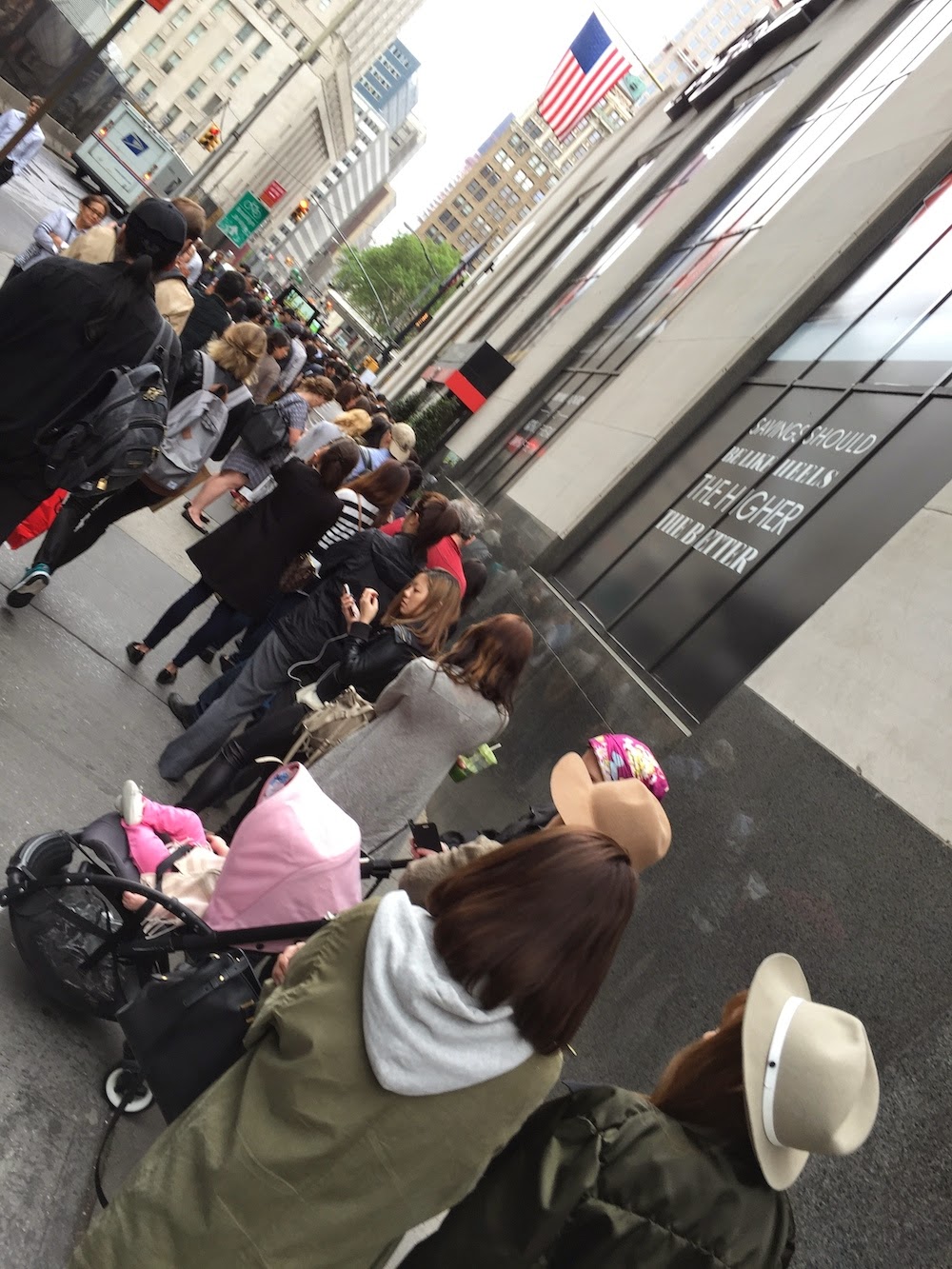 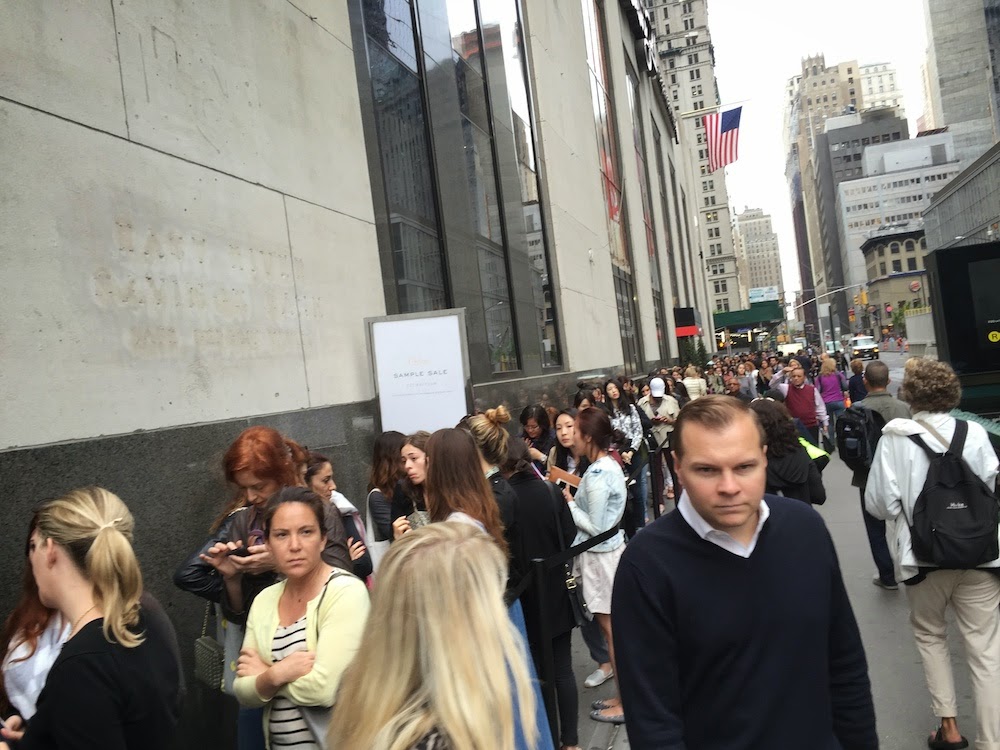