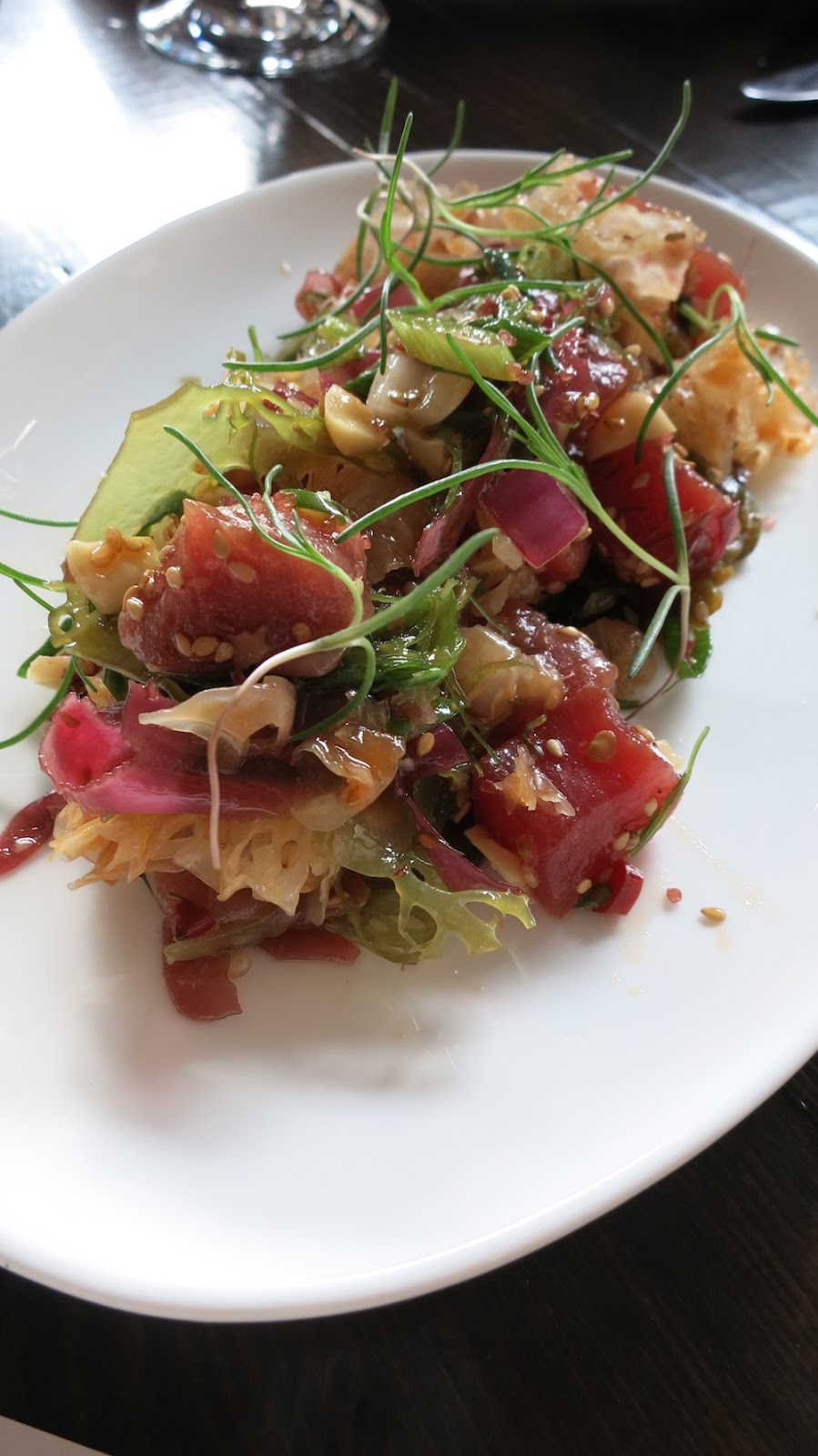 Hawaii! The ocean, the beaches, the turtles, the sand in my butt and the food! I love it all but I'm not there at the moment...
Last month, we tried out Noreetuh, a newly opened Hawaiian-inspired restaurant in the East Village right off St-Marks. We often gush about our homemade tuna/salmon poke so it might why Dave's cousin asked us to join him and his girlfriend at Noreetuh. They mentioned that the restaurant was booked up for weeks and we would need to have an early dinner to secure a spot for a party of five. I have not heard about Noreetuh yet (not like I constantly get alerts for every restaurant opening anyway) but booked up so early in the game? I was intrigued. Well, it helps the chef was once a sous-chef at Perse. Just like the guy from Mu Ramen!
A quick glimpse at the menu and some pictures, it looked exactly what I feared. There was nothing "traditional" about the dishes. It was a modern twist on Hawaiian/Pan-Asian cuisine and I began tpo have some doubts about its authenticity. Just because the dishes look pretty doesn't mean it will be tasty. But, I quickly changed my mind after watching Netflix's 'The Chef's Table' first episode with Massumo Battura which reminds us to be more open-minded about innovative chefs. Massumo's cuisine strayed very far away from time-honored Italian home cooking and was met with a lot of resistance at first but is now one of the world's top restaurants sprinkled with prestigious Michelin stars. Well I know we're not from a little village in Italy and New Yorkers are pretty open-minded about eating every type of cuisine traditional or not so of course Noreetuh is welcomed with lots of praise and great reviews.
Noreetuh is also getting a buzz for its extensive wine list. They offer wine pairing with your meal for an additional $35. They also offer draft beer from Hawaii and sake too. That day, none of us were in the mood for alcohol so I cannot comment further on it but the wine list looks interesting and definitely affordable.
We ordered about 11 plates including 3 desserts to share family-style. We tried for starters, the corned beef tongue musubi (harder to share amongst five but we did it, one bite at a time ;p ), truffle taro chips and the monkfish liver torchon with pickled bear and toast. For mains, we had chow noodles, garlic shrimp, the tako poke and big-eye tuna poke and mochi-crusted fluke. One dish I wanted to try but they did not have was the silken tofu with uni and ikura. Most dishes were perfect for sharing except the musubi. For dessert, we tried the king's hawaiian bread pudding, bruleed hawaiian pineapple and crispy mochi waffles. My verdict? I absolutely loved all the dishes except maybe for the crispy mochi waffles but I couldn't get enough of the peanut butter. Standouts for me was the monkfish liver torchon and the pokes (we love poke!), the mochi-crusted fluke, the garlic shrimps (huge shrimps!) and the musubi was actually pretty nice with the crunchy peanuts! 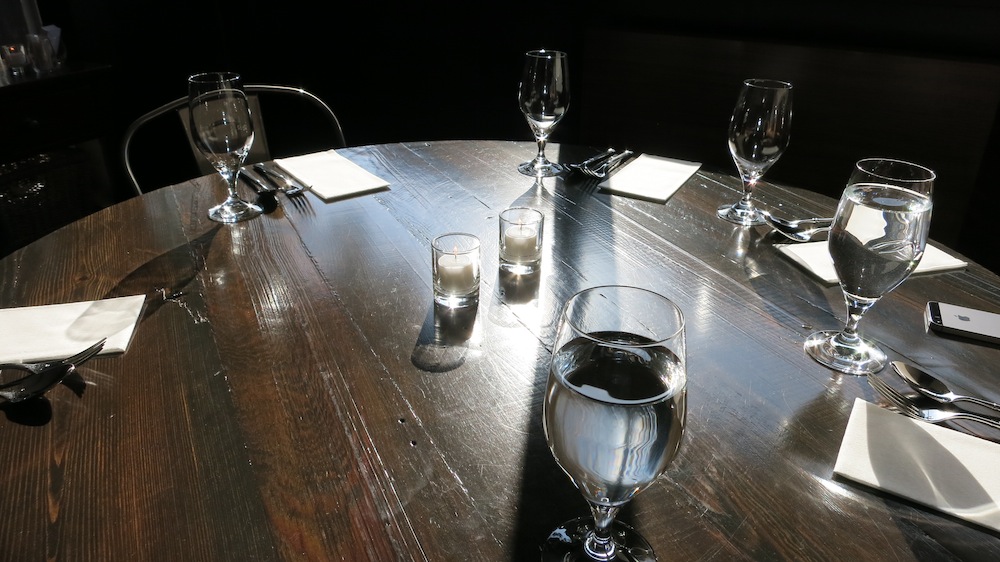 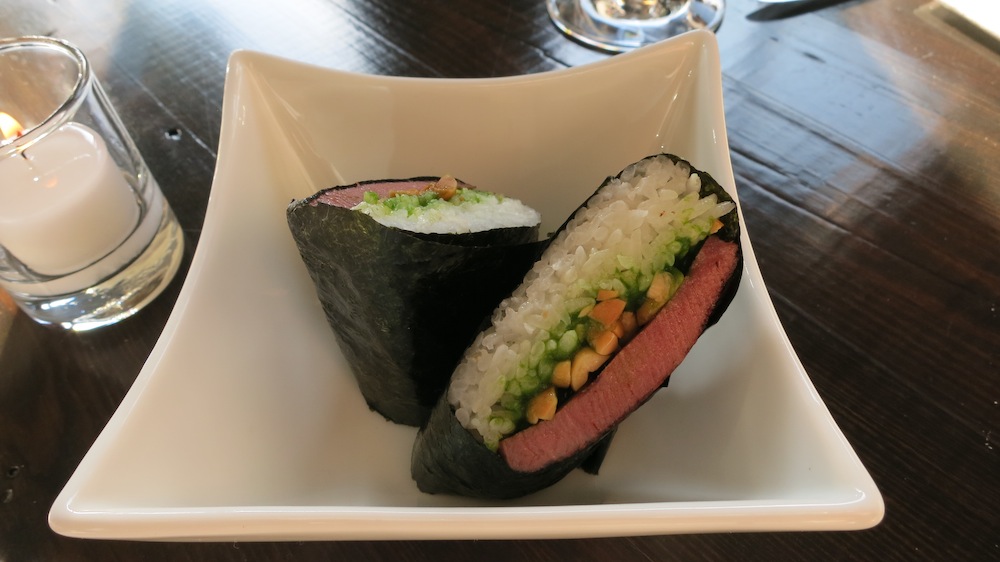 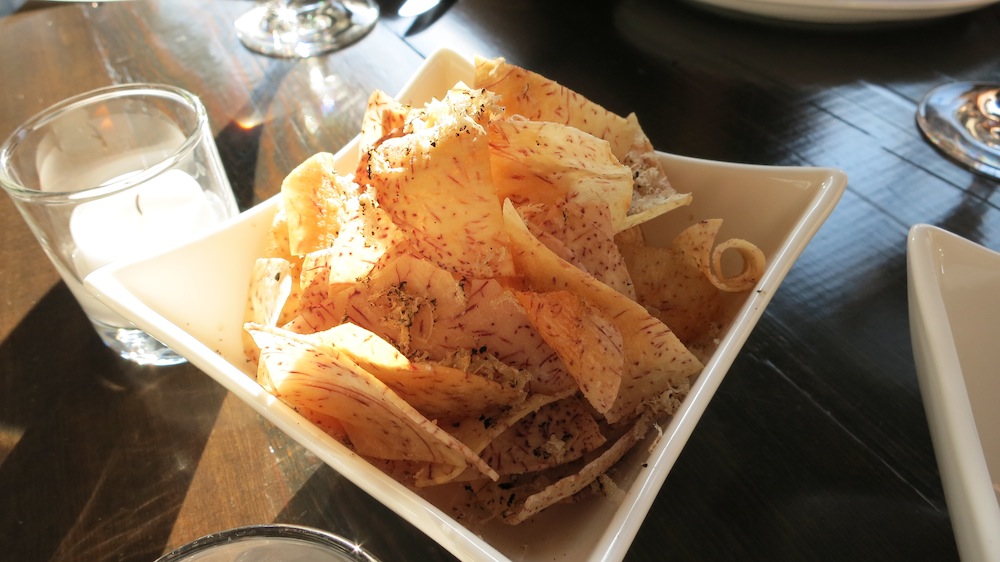 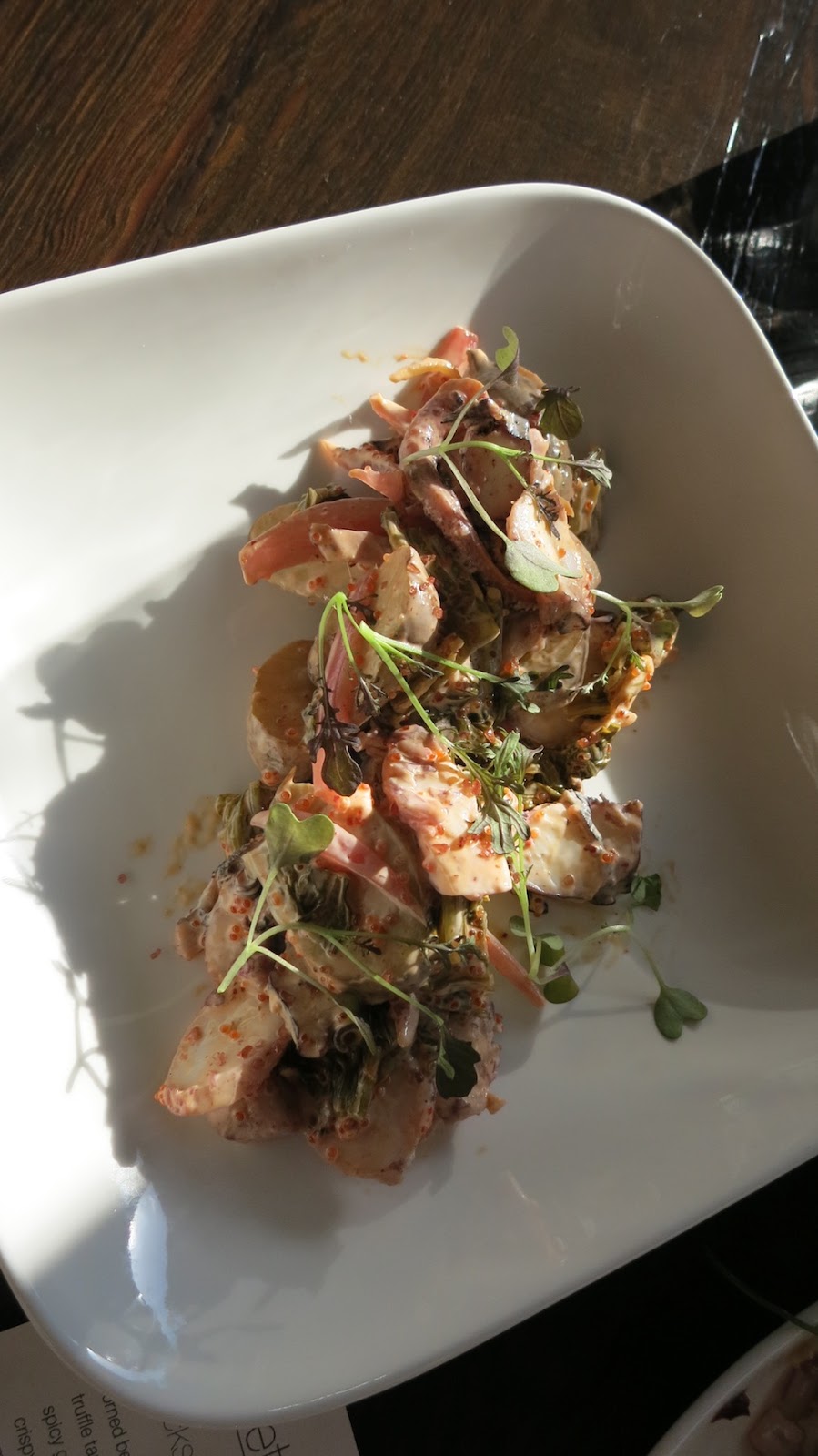 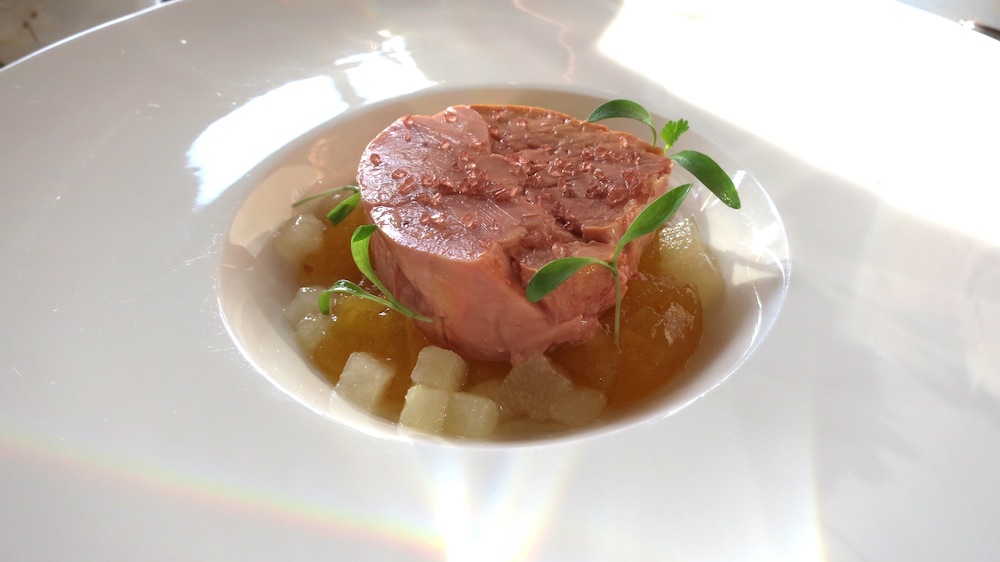 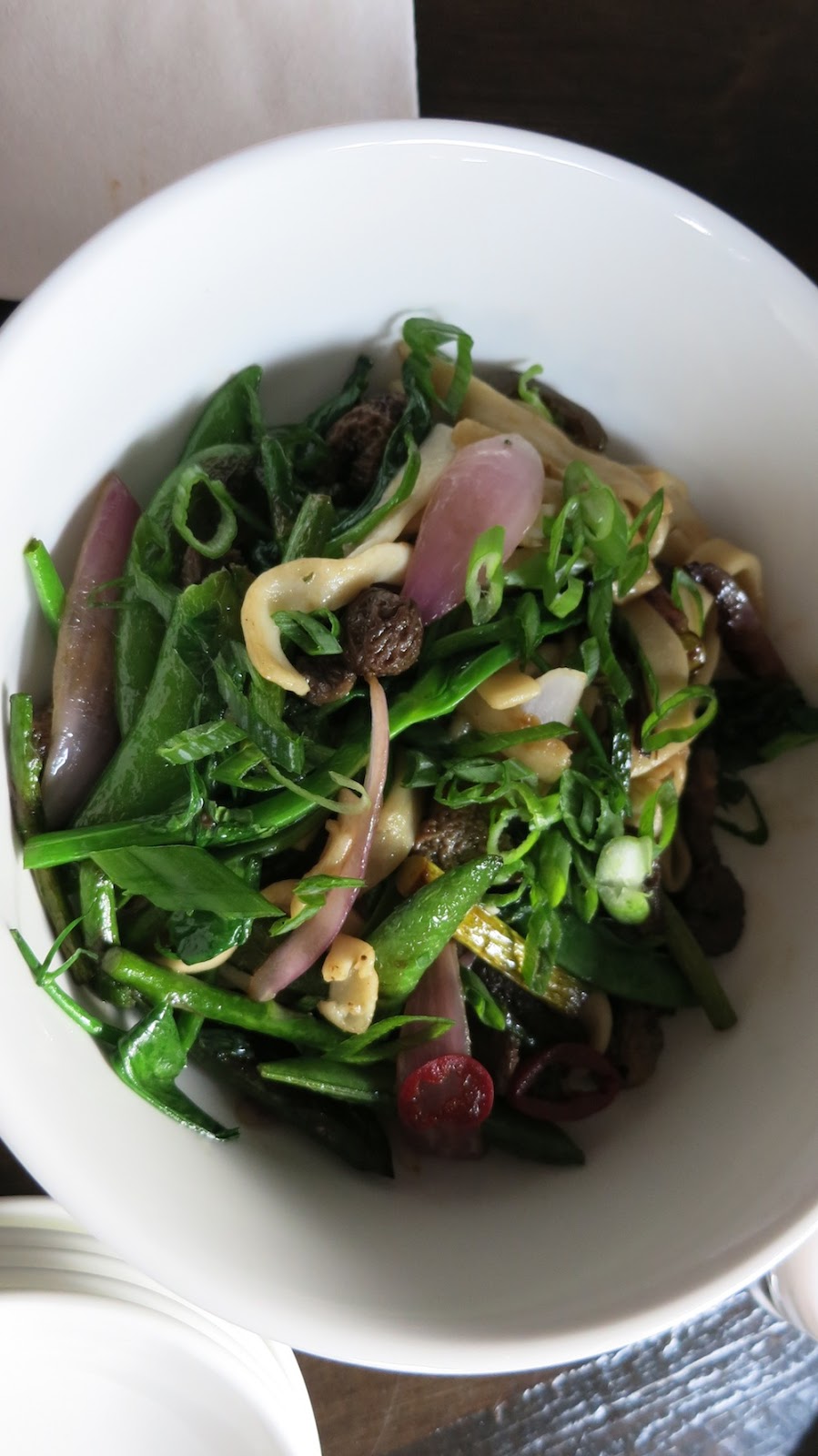 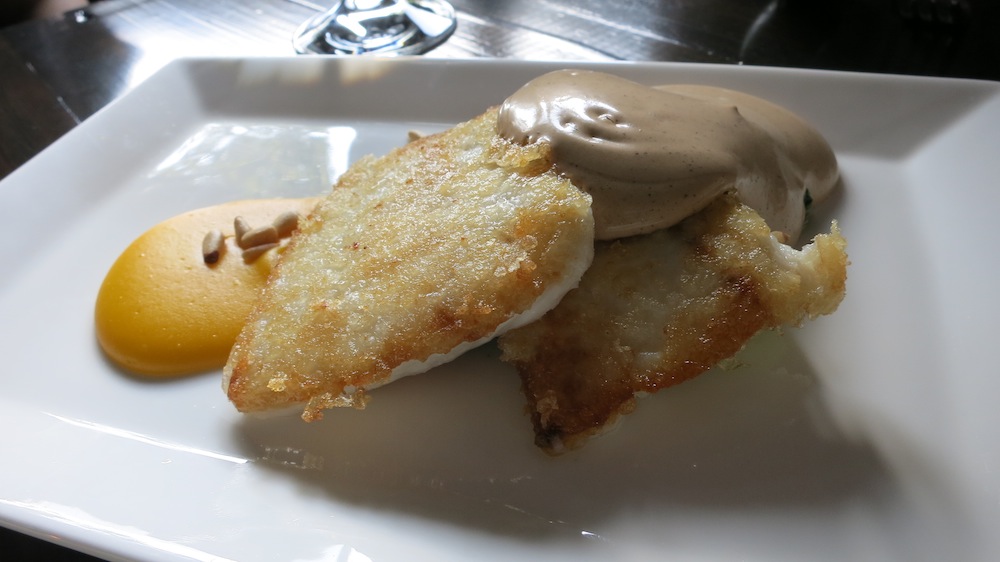 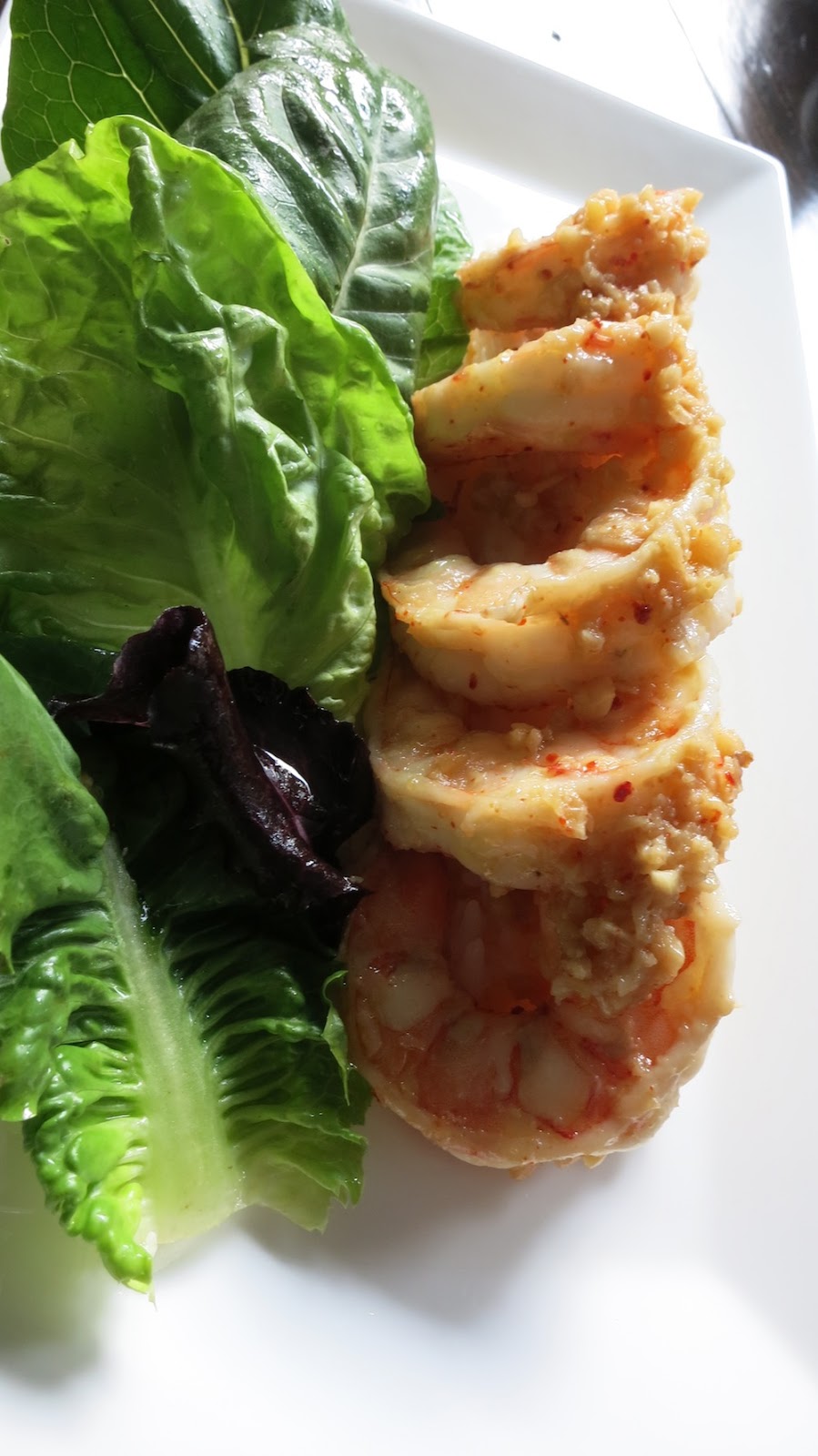 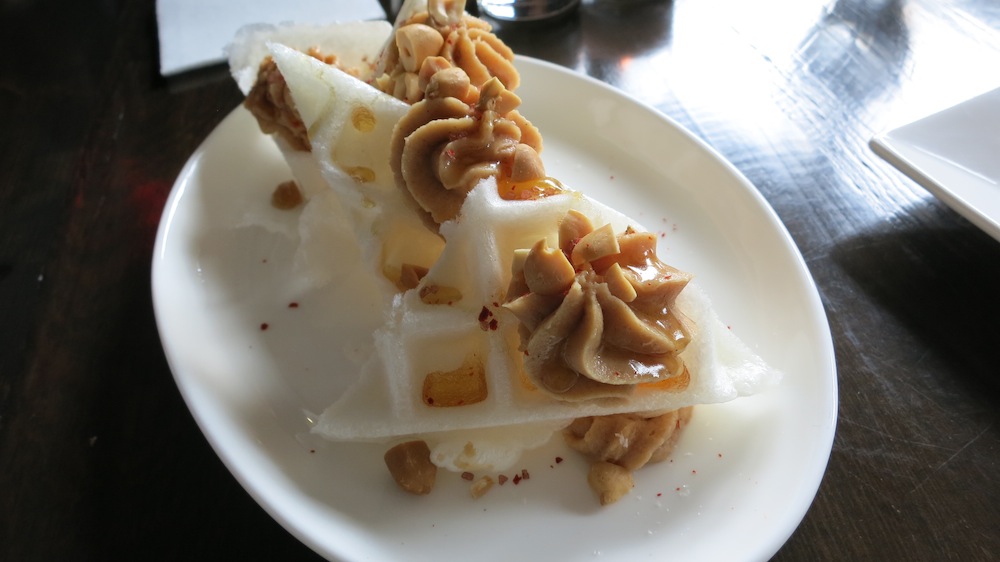 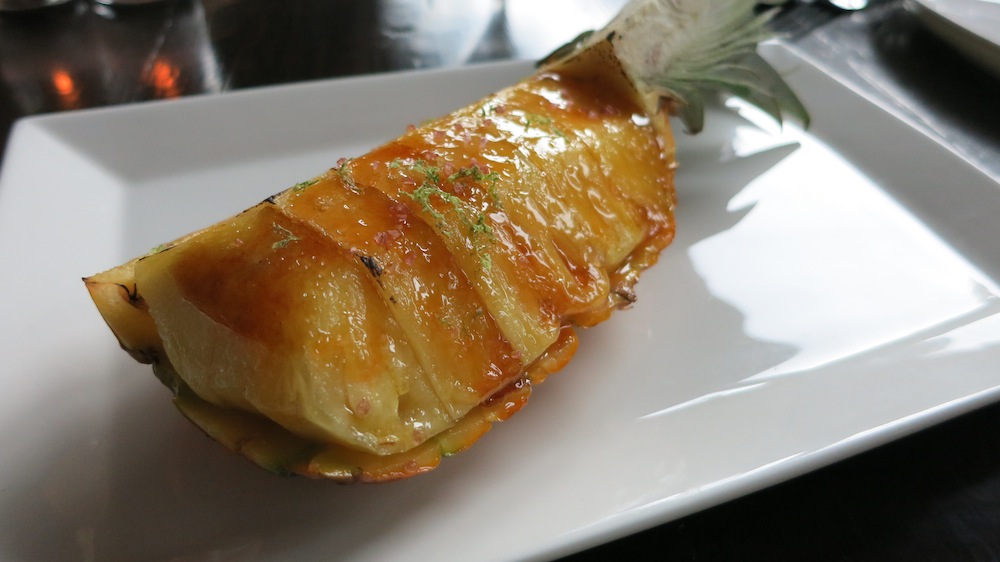