nykeiko plays: Okay, one last show with Jon Stewart and seeing the POTUS!

The Daily show with Jon Stewart ended earlier this month and the new guy Trevor Noah has stepped in! But before Jon bid farewell for good we had a chance to attend yet another show (we have been so lucky to attend a total of 4 shows now).

After every show we attend, Dave wanted more. At first we followed the 1 show per 6 month limit but in the end, Dave didn't give a damn anymore and kept checking for tickets. After the last show we attended, Dave had been stalking the Daily show website every morning to see if tickets would free up. With his perseverance, he managed to easily snatch up reservations for the Monday July 20th show with Paul Rudd. But on the Friday before that show, Dave found out that president Obama would be a guest on the show scheduled for Tuesday July 21. It was game time and Dave began was even more intent on checking up on tickets.


The next day, early Saturday morning, Dave saw spots free up, woke me up to check if I can go (I think I said sure, sure, and went back to bed) and put down his information. When he started getting really excited and practically prancing around the apartment, I had to wake up and share the news with our friends to let them know about the tickets. Unfortunately, no one we knew could go or by the time they saw our messages, it was too late. It's a bit difficult for most people to take a work day off and at least one person had to get there early to line up.  Luckily, Dave was able to take the day off (he might have quit his job if he wasn't allowed I think) and I just needed to ask for a half day because I only needed to show up in the afternoon to pick up the ticket Dave would put aside for me.

This was no ordinary show. Since they had to work around prez Obama's schedule, the show was to start shooting an hour earlier and ticket pick-up would also be earlier. Usually, showing up at 1:30 pm (tickets given out at 2:30 pm) for tickets would be good enough but on that day, tickets were going to be given out at 12 p.m.  Dave showed up at 8:30 am just in case and it was indeed the right thing to do. There was a long line already when he got there and he end up getting ticket numbers 128 and 129. He brought a book and lawn chair to ease the wait. His spirit was so high I don't think rain would have ruined his day. We would not know until they start packing the studio if we would be the lucky ones to get in. Well, we were the lucky ones and I think most people managed to get in too!

The show was great! Jon jumped right into interviewing the president and it lasted about 45 minutes long with some breaks in between. Dave was over the moon about it and I, was of course very happy to be by his side. 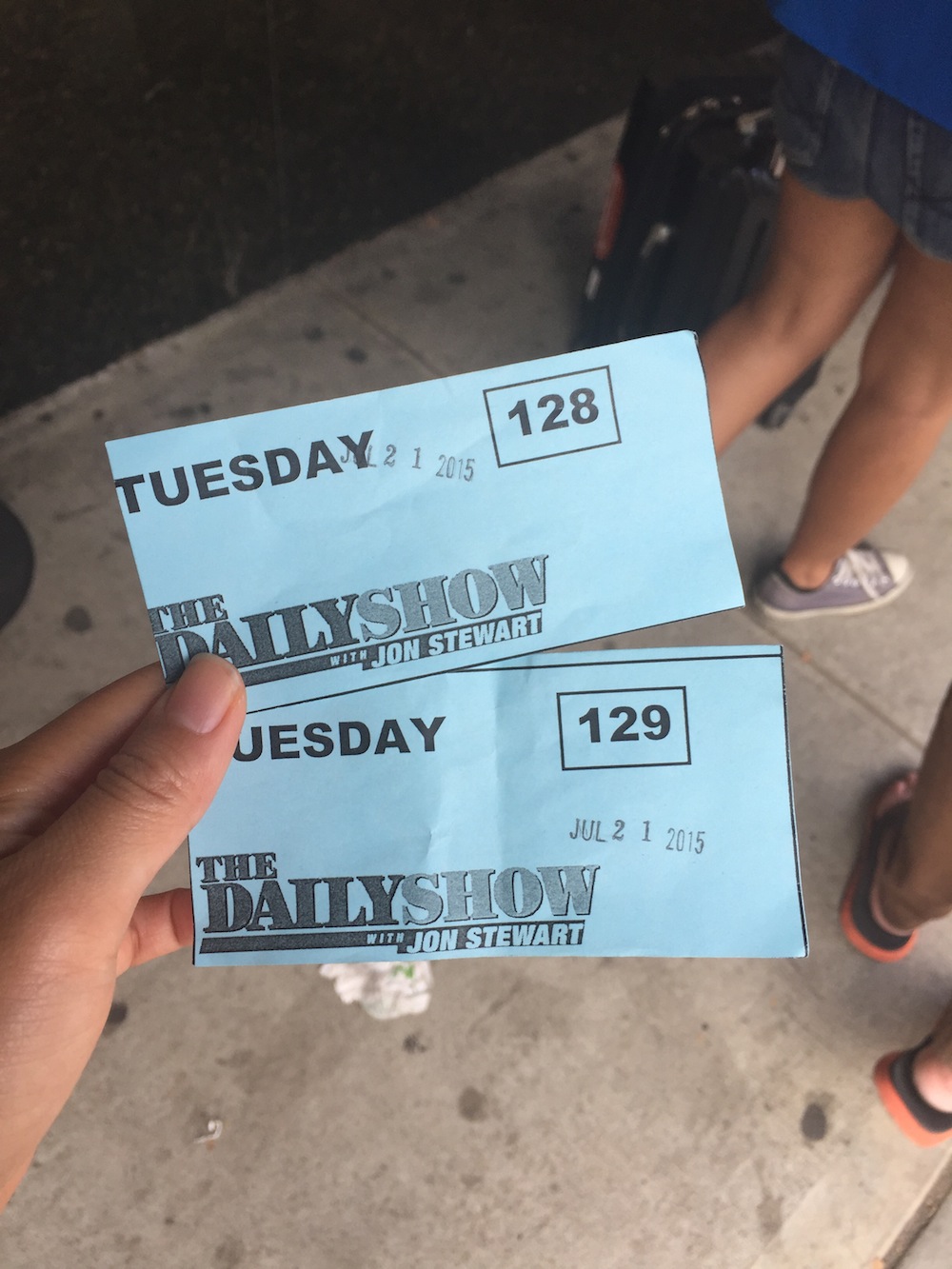 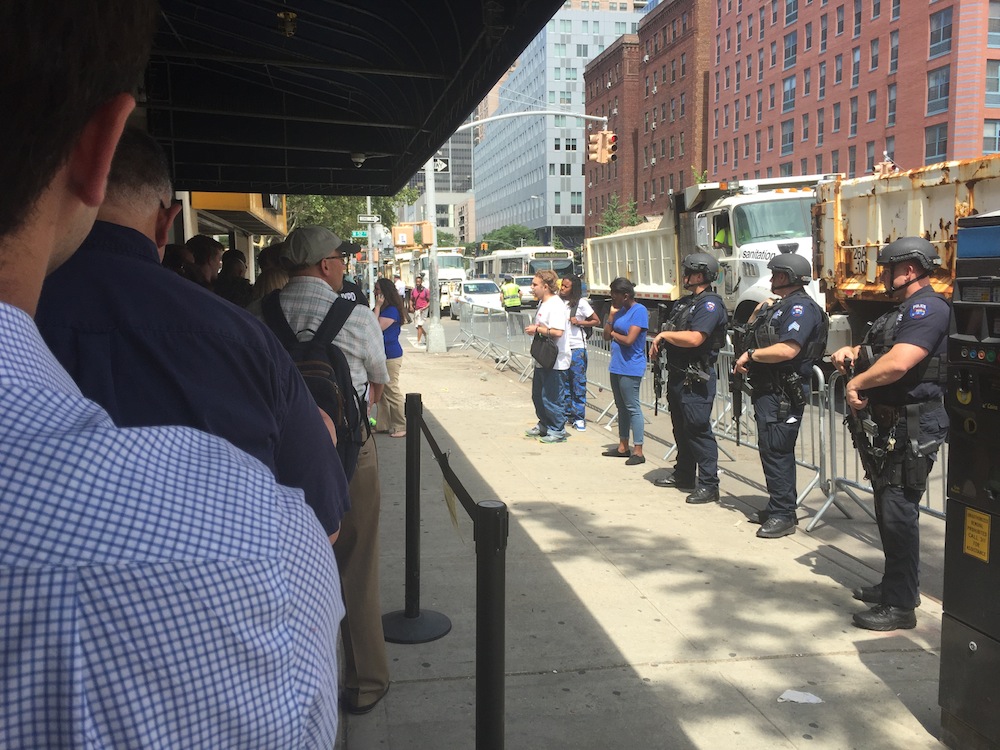 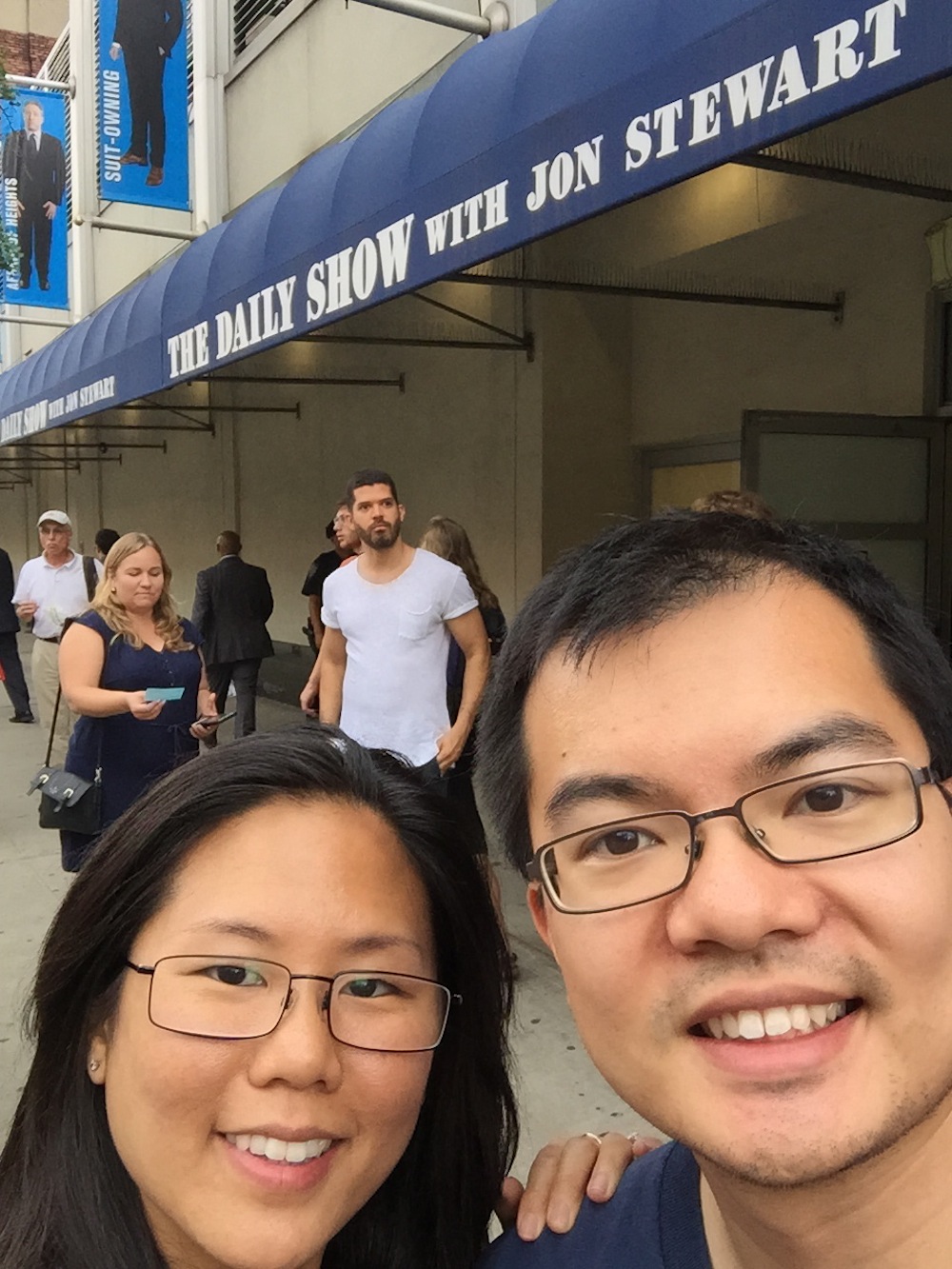