We dropped in Saravanaa Bhavan really by fluke a couple of weekends ago. What happened was we were driving around after running some errands and hunger struck. Dave asked for food suggestions and I thought hmm, we haven't had indian cuisine in a while so we decided to drive to Murray Hill aka Curry Hill aka Indian restaurant row. Dave was driving so asked me to pinpoint a restaurant destination and I went on Foursquare and picked out this place called "Pippali" It had good reviews, high rating and two $$. But we didn't end up going..


We found a parking spot just a couple of blocks away. Our baby had just gone down for a nap and since we didn't want to wake her up, we decided it would be best to drag the car seat along with us to the restaurant. Dave would have to carry her. It was a hot humid day and Dave had trouble carrying the car seat with now heavier baby in it. He slowly wobbled his way towards the restaurant. We then walked by a restaurant that appeared to be popular and slightly crowded."hey, this place looks popular". That's when Dave suggested we eat there. He didn't really feel like walking any further which was understandable. Without any expectations or knowledge of what the restaurant offered, we walked right in and asked for a seat. As we walked pass other patrons (mostly Indians), I noticed most people were eating with their hands (so authentic I thought!) and ate out of metal plates which looked very cafeteria-like. Dave seemed familiar with the food. "I've always wanted to try dosas". What's that? I had no clue what I wanted. As we looked at the menu, we also realized it was fully vegetarian. Fine by me. The problem was, I didn't know what to order. In the end, I ordered an item with the most words in english..something onion, something chili, something potato. I went with a Rava Masa chili dosa. I did see a chili sign next to it (and the world chili) but choose to ignore it. Big mistake. This place seems to cater to mostly Indians that come here for authentic food which means they expect really spicy.

Long story short (already too long), I'm glad I tried this Saravanaa Bhavan. It's a no-frill Indian restaurant, vegetarian, delicious and eating with your hand is always fun! The filtered South Indian coffee 'kaapi' was pretty good too. 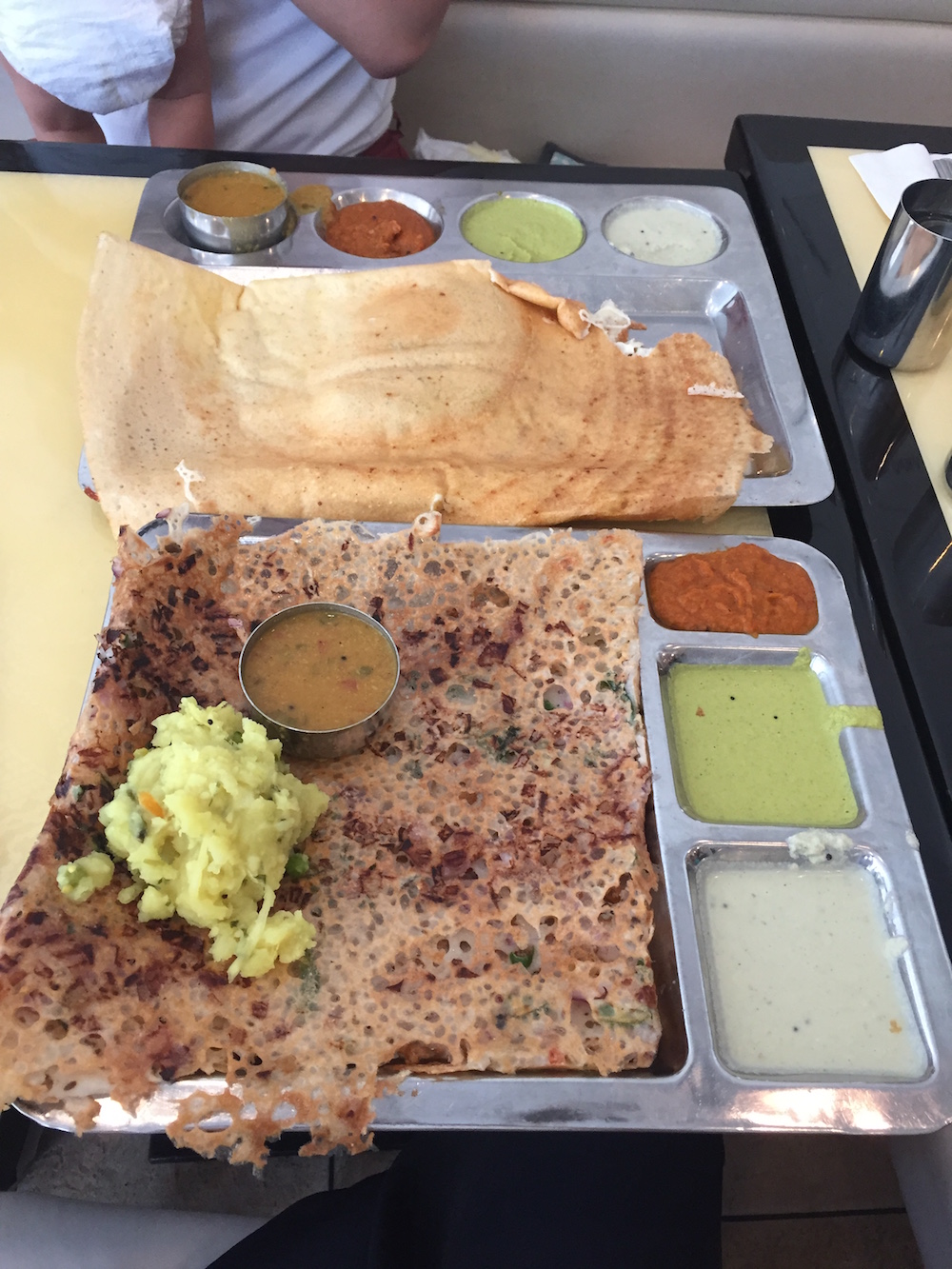 If you like it spicy, they don't skimp on chili here.. 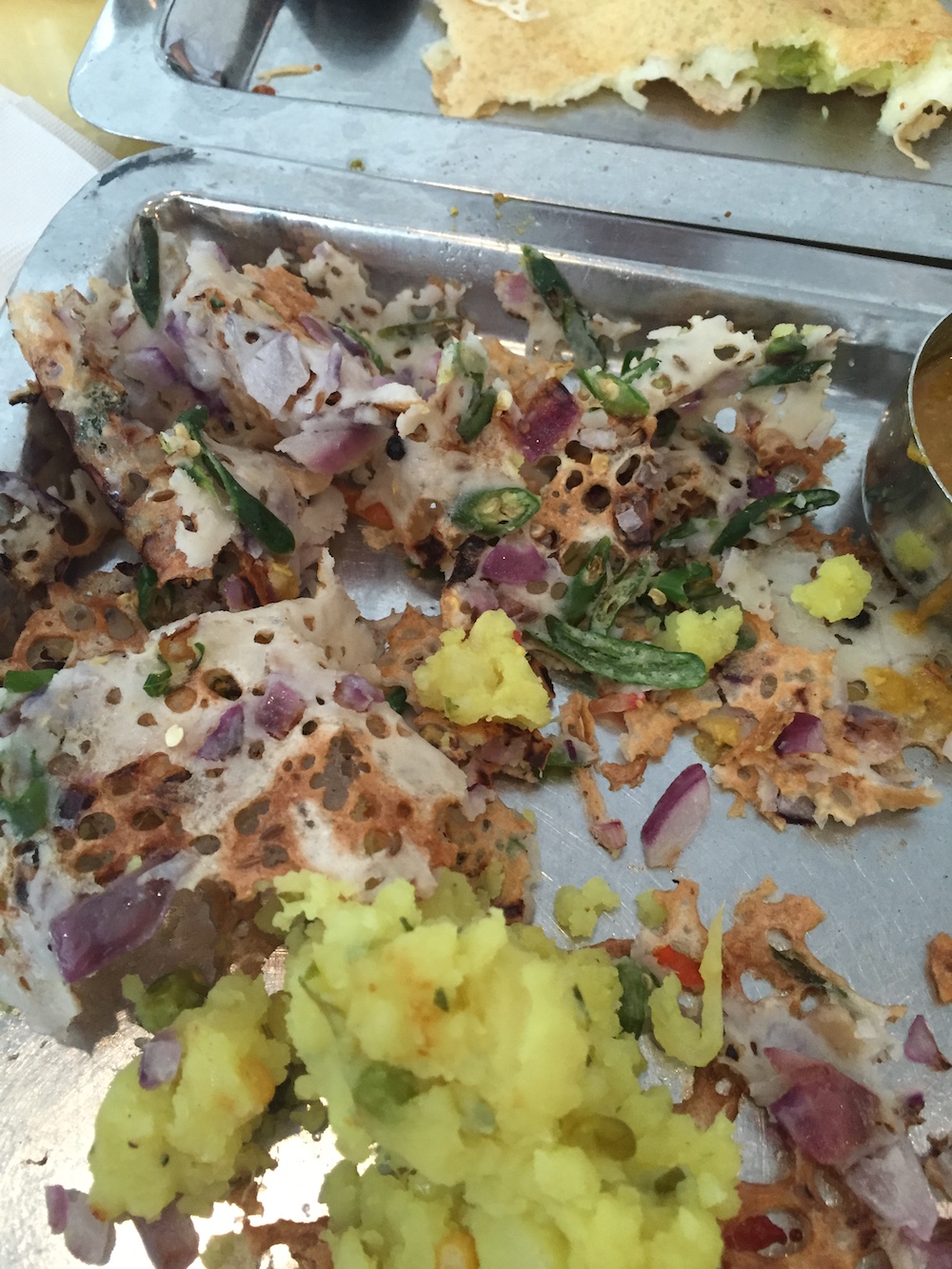