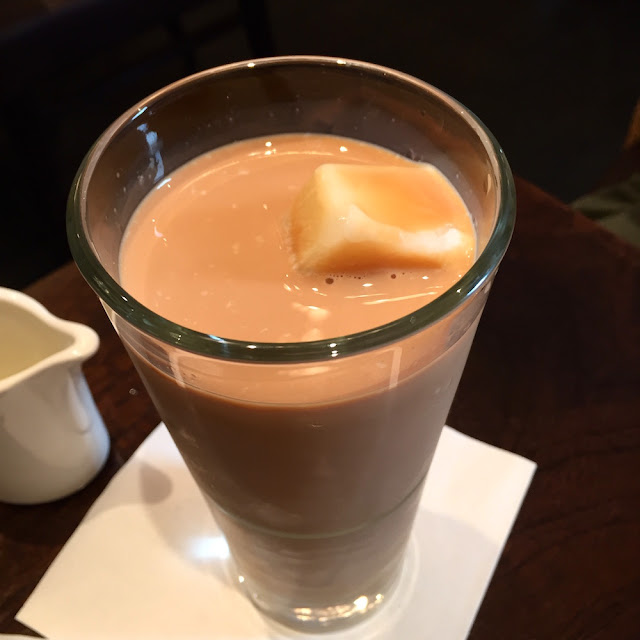 (I had to Google what is the difference between milk tea and Royal milk tea. It's all in the tea making process! You have the ordinary way of making tea (boil water, pour over leaves, add milk) and then the royal way is boiling the tea directly in milk to serve! That's why it's extra creamy!)

We went to HARBS on the upper east side. We met up with Dave's cousin this past weekend and has no specific plans in mind. When we were thinking of things to do, I just blurted out that I wanted cake. Well, someone mentioned cake and I stuck with it. The cousin mentioned there was a new cafe on the UES. He's like "I know this Japanese cafe that serves Japanese cakes and Japanese drinks and ..." He need not say more. SOLD! Japanese sweets! Let's go! I am all in! We even walked 15 blocks and 2 aves with a 15 lbs baby in tow to go taste it.


We arrived and was greeted with air conditioning and lovely cakes behind a glass fridge. Very welcomed on a hot day. We sat down and I was very excited not to know anything about the menu. We decided to order 3 cakes to share amongst the four of us but when one of the cakes we wanted was sold out (the Marron cake), we stayed conservative and went with 2 cakes instead.

We picked this green tea mousse cake (because Dave's cousin said it was a yummy one and we saw a couple devour one next to us) and the strawberry mille-feuille. What's great about Japanese cakes (I know I am generalizing because I haven't tried that many types of Japanese cakes in my lifetime) is that they are usually not too sweet. If you like cakes that are sweet like buttermilk cupcake frosting, this won't be your cake destination. I think it is just the perfect amount of sweetness which is fine but then the milk tea you ordered isn't sweetened which makes you want to sweeten it. Good thing they have nice simple syrup for your tea that will do the trick. I actually didn't order the tea but sipped some from Dave's cousin and his fiance. teehee. 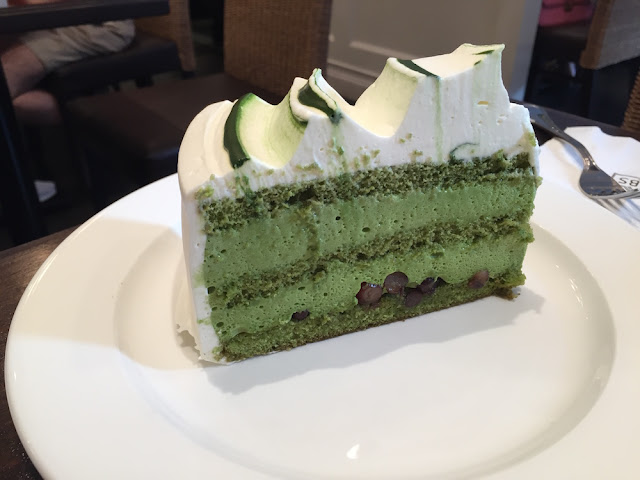 The strawberry cakes are only available when they have the "sweetest, most delicious strawberries available". This is clearly stated on the menu. And guess what, the strawberries were pretty darn good. 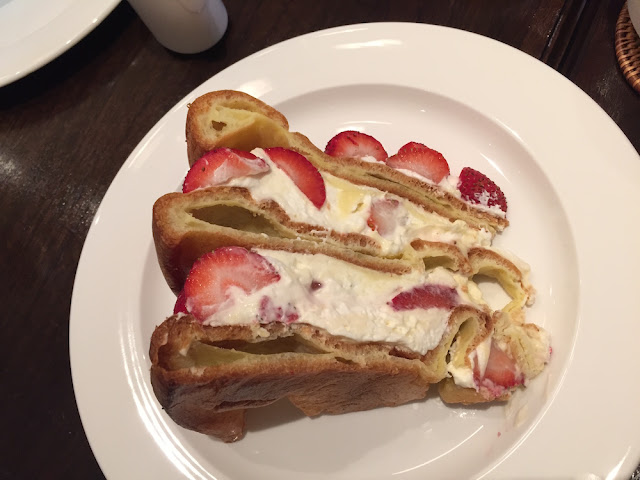 Anyway, I posted the milk tea on my instagram and quickly learned this is Harbs' second location in New York city. I am just surprised I didn't hear about it until now ;p