Last month, Dave and I went to London for 7 days! I'm writing a whole post about it but first, I wanted to share some snippets... 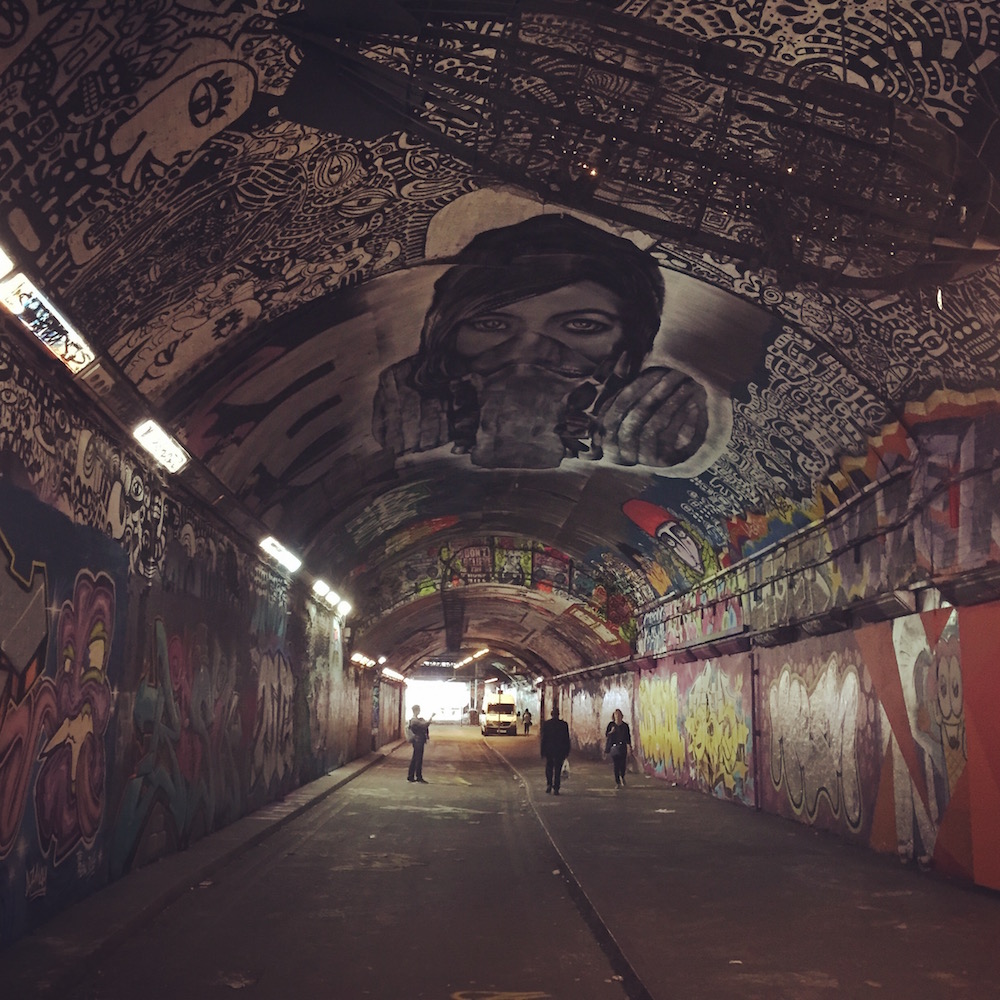 Our plan to go see the London Eye deviated a little when Dave mentioned something he wanted to see nearby. “It’s a hidden tunnel full of graffitis inspired by Banksy.” At the sound of that, I was definitely no longer interested in the London Eye and wanted to check out this art tunnel I knew nothing about. I took a picture of the famous giant wheel contraption from afar and we continued walking.

It is not really a secret hidden tunnel since there is now a Trip Advisor link about it with over 100 reviews but it is supposedly not very popular with locals and not a very mainstream tourist attraction. Just enter “Leake street tunnel” on your Google Maps and it will point you in the right direction.

We arrived after a very short walk from the Waterloo train station. At first sight, the tunnel was dark and stinky. There were other people walking through it and a homeless person sitting dazed in a corner. I wondered for a second why my husband is bringing me to a dark sketchy place? Good thing I am used to dark sketchy places with bad odors in New York City and didn’t mind so much. But as we walked further into the darkness, it all started to come to light. There are murals upon murals of graffiti. Art splattered on all visible surfaces inside the tunnel. There was no space left untouched and everything has been painted over at least once but probably a hundred times over already. Some parts were so colorful and other places a bit dull but everything is unique.

The cool thing about this place is that you will probably not see the same tag or painting the next time you visit. Artists from all over the world constantly stop in leave their mark. What we saw that day will probably not be there anymore. If you go, grab your camera and take a picture of your favorite pieces, as it will probably be gone forever.

Even though it is also known as the “Banksy tunnel”, Banksy’s work has long been painted over but hey, you never know, he might make an appearance again and you might just be lucky enough to catch it before it is gone. 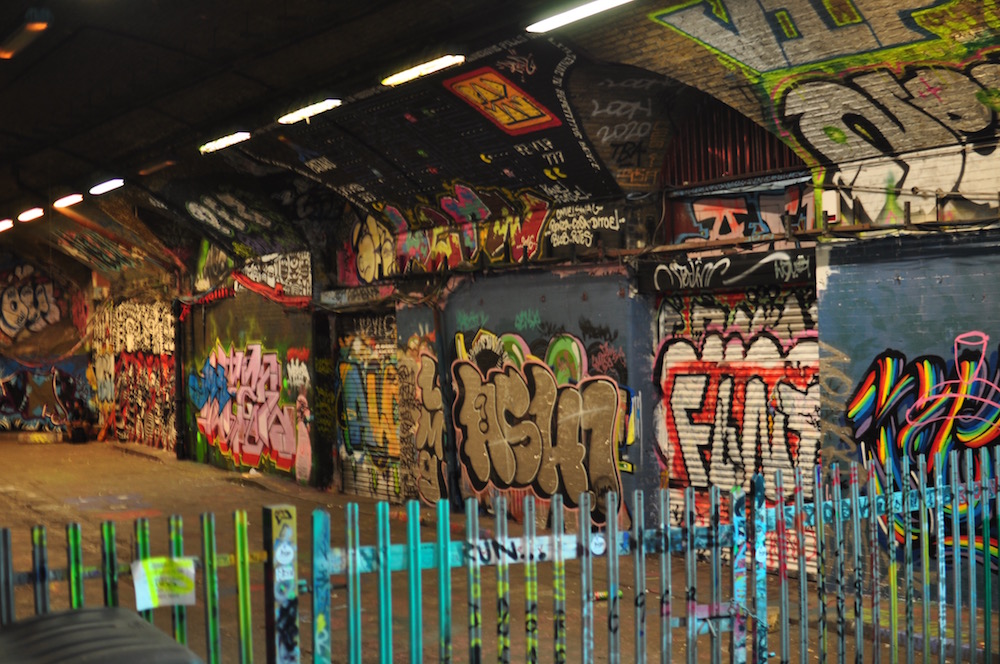 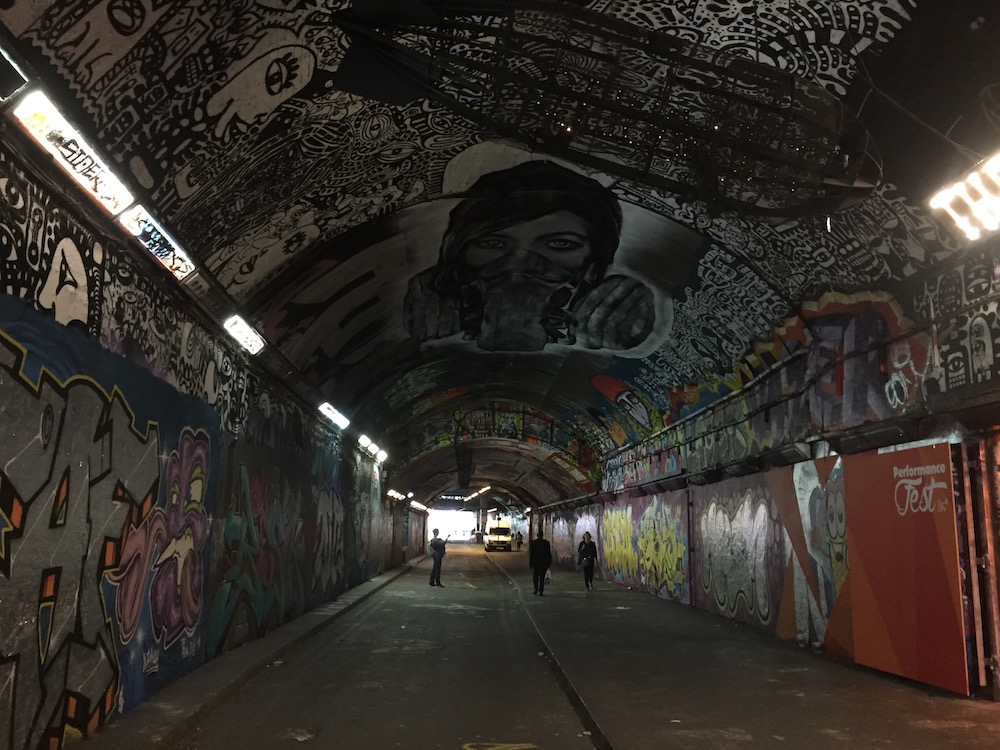 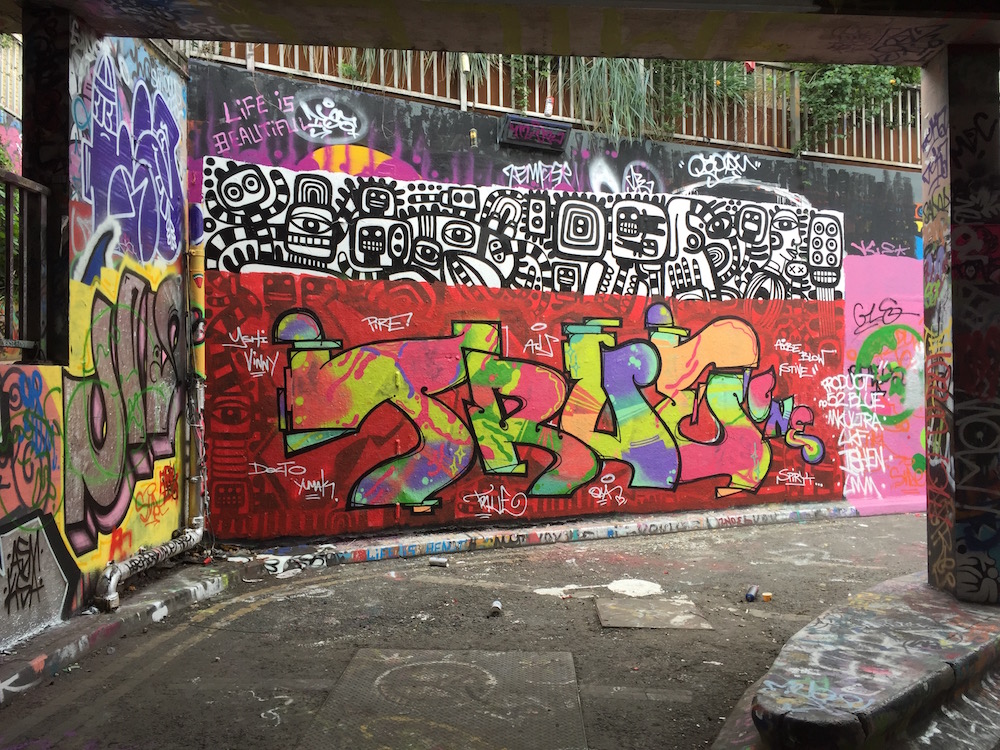 Graffiti tunnel is an open canvas for anyone with a spray can and inspiration.

Maybe you can give it a try too!