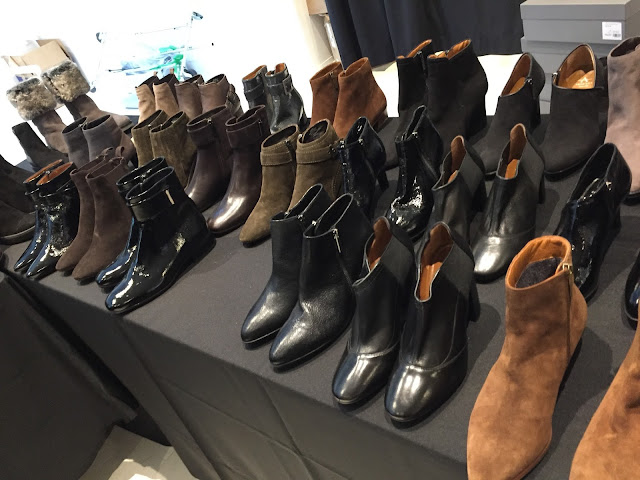 Oh hello! It's me and alive!

Oh you know, just busy with the usual stuff..baby, work and being lazy (but forcibly can't be lazy because I have a baby, work, adult responsibilities). I have been doing some shopping for my new job and I want to share my purchases with you soon. My go-to have been Everlane, Kit and Ace and now looking at MM Lafleur. I honestly rarely buy clothes at full price but I did it this time because I was very particular about my new work wardrobe.

It's been a while but I wanted to write about the Aquatalia sample sale before it ends (ends this Sunday). I attended the sale on the first day so stock was a plenty. As time is now of an essence, I knit pick which sales I go to and I did not want to miss this one. I believe it's the first Aquatalia sample sale in NYC, that I know of anyway.


I purchased these snow boots from Clarks (was on sale for $70) this past Winter when I decided that my rain boots and hiking boots were just not going to do. My previous Winter boots were a pair of tall brown all-leather boots from Hunter I purchased maybe six years ago. I haven't worn it for maybe the last three years or so because the zipper broke and didn't get around fixing it. It was estimated to cost me over $50 to replace the entire zipper and there was a chance it would be a zipper color mismatch to my other pair (like, if I cared, I'd also replace the other zipper to match). So, I just never did it. The other reason was also because the boots were no longer waterproof. Water was able to sip through the stitches which would not make them ideal winter/rain boots. Anyhoo, I am not sure how I survived the last couple of winters without official snow boots but it was a mix of wearing my rain boots and my hiking boots, both did not keep my feet warm when temperatures reached sub zero.  This past winter, I got the boots from Clarks which I picked more for the price than the style. When I think of stylish winter boots, I think of Aquatalia and La Canadienne for some reason but of course, I was never willing to fork out $500-600 for boots. If they last forever then I would say it is worth splurging for but for shoes, they just never last me.

So I went to the Aquatalia sample sale hoping to snatch a pair of their signature tall suede winter boots at a fair price. When I arrived, I saw the posted prices and was a little disappointed. The price range was $175 (for winter booties) up to $250 (for tall boots) which is a good discount for the brand but not the rock bottom price I was seeking. But then I noticed rows of unboxed shoes in a variety of unique styles. They were stamped "Sample, not for resale" inside the shoe. My eyes lite up when the staff said all sample shoes are $75 including boots (like the $1500 black fur boots you see in the picture below). My excitement was quickly extinguished when they said all sample shoes are size 6.5. I'm a size 7 with wide feet. However, I didn't let that deter me. Since these were samples, I still tried on whatever styles I liked in hopes that the sizing could be a little off and fit me. I was able to fit comfortably in a couple of booties and two styles of knee high boots but I did not fit in any of the suede boots that I wanted. I definitely did not want to buy shoes that were too small because I have done that mistake before and my feet did not like me for it (and wasted my money). I end up being able to pick between three booties but went with just one pair because I didn't want to be too greedy. I also went to the sample pump/sandal section and tried on some flats. I found one style in three different colors but only two of them fit me. I was a bit reluctant to get it because it's also $75 and I rather get boots at that price but then I liked the flats so much, I got them anyway. They are suede/snake skin low wedge shoes and they are perfect for Spring. Actually, they are Spring 2017 samples and I think they never went into production :) I'll share pictures when I wear them soon. 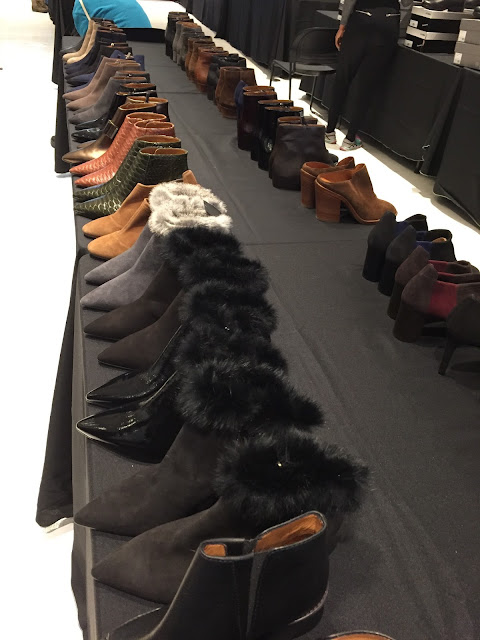 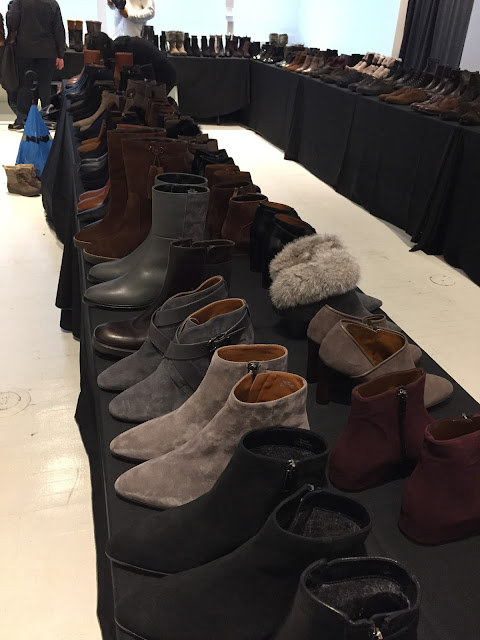 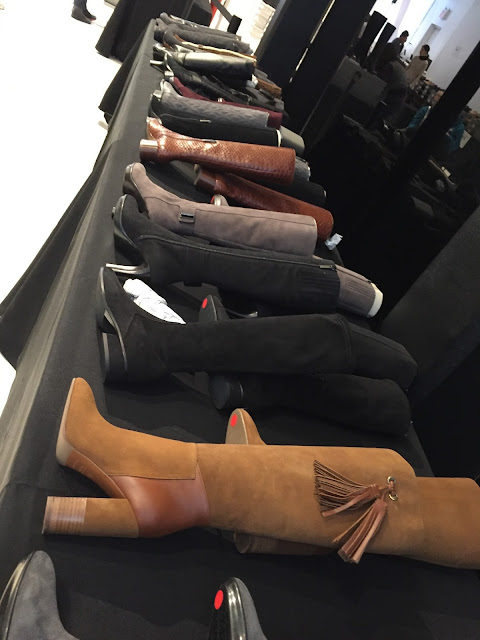 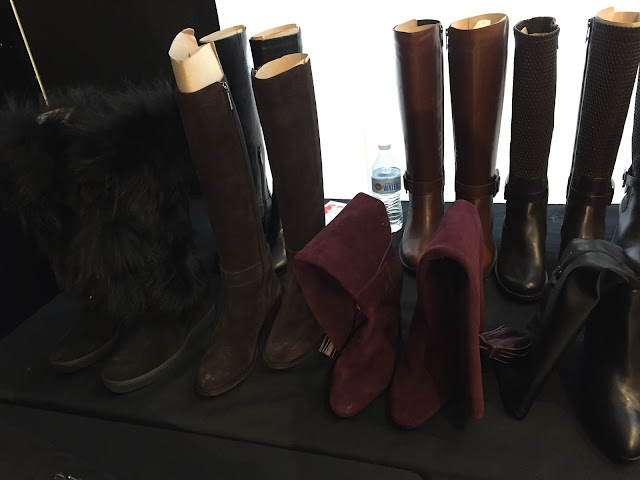 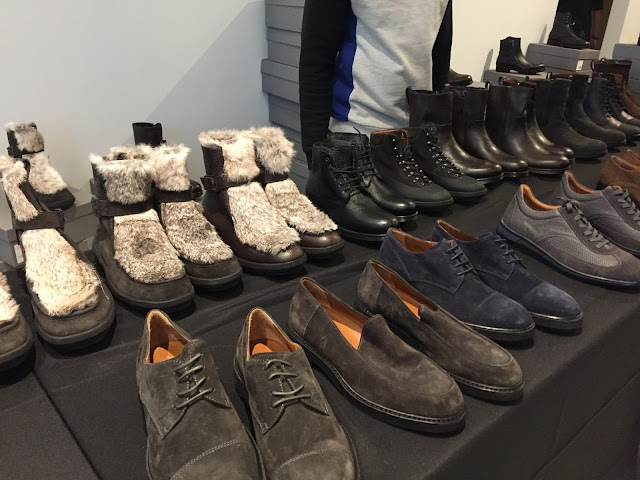 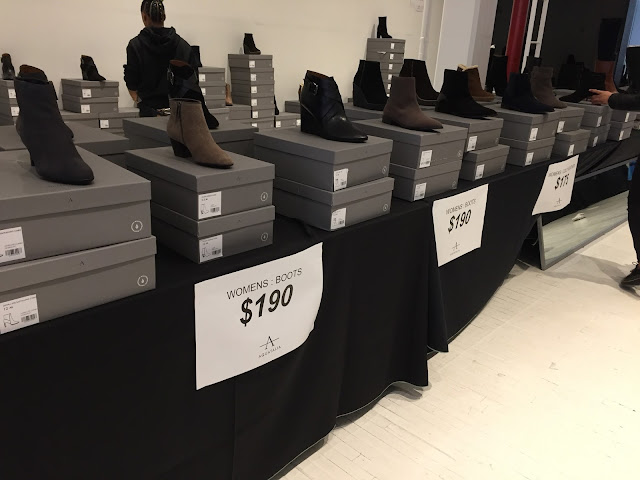 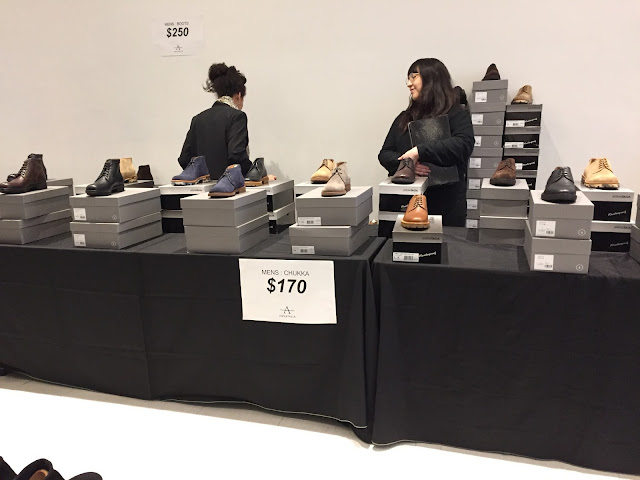 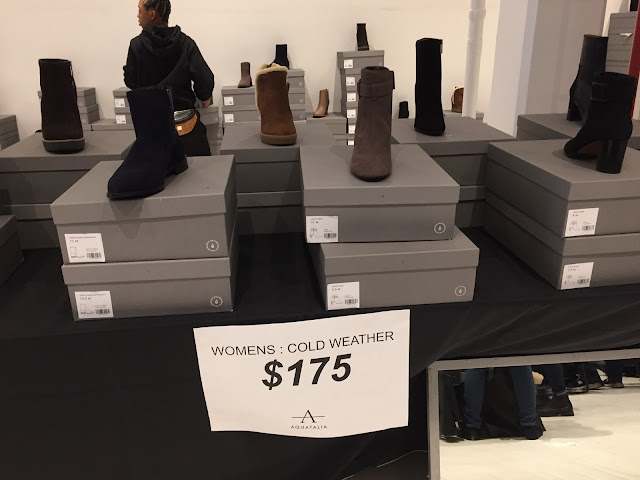 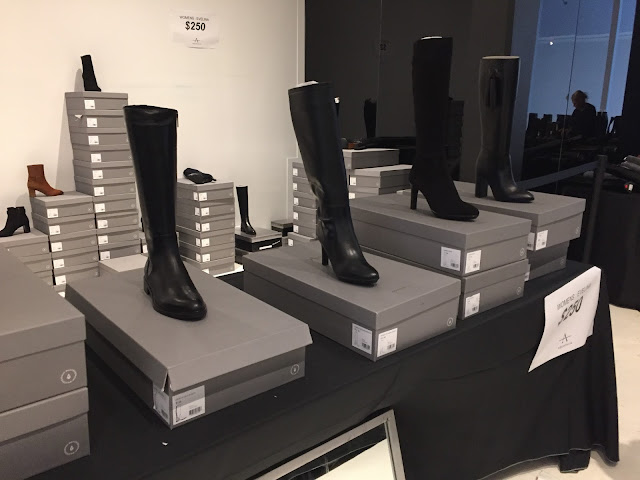 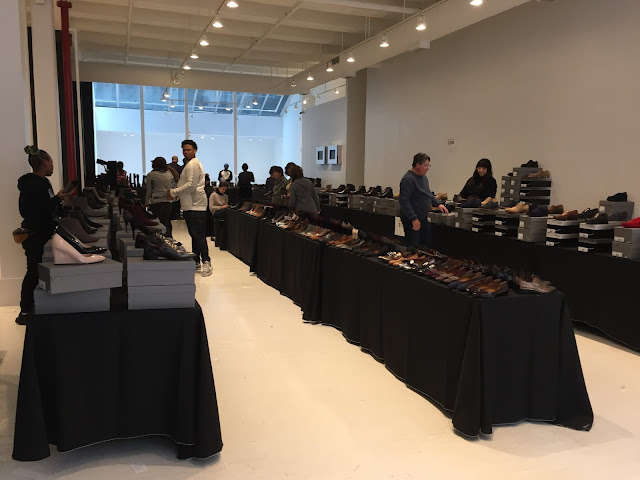 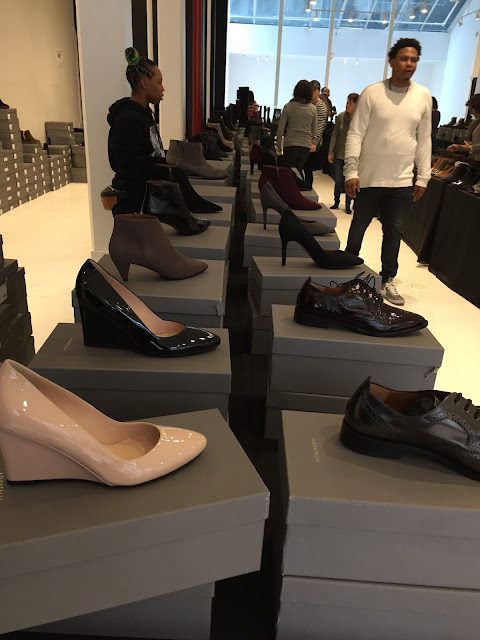