nykeiko plays: ON THE RUN II concert with Beyonce and Jay Z *worst concert experience of my life thus far*

It has been so long. I feel like I owe this space a nice long post and some TLC.  Yesterday on my way back from a work trip, I thought I would have some time to do some writing on the train but the ride was so vomit-inducing, I could not do it.  Instead, I was on my phone and watched Instagram stories for way too long. My total screentime was 7h+ yesterday! 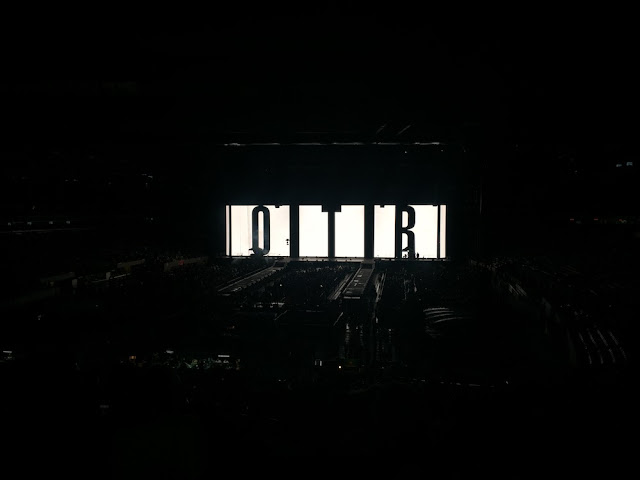 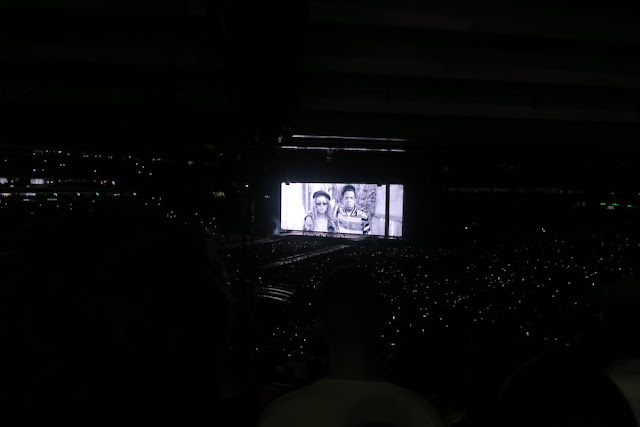 Back in August, we attended our first Beyonce+Jay Z "On The Run" concert and naturally, I was very,very excited to booty shake all night long to my Queen B.
I regretted so much not seeing them on their last tour (because I was a cheapo) that this time, I made sure not to miss out on the pre-sale. Last time, by the time I heard about them having a concert, it was too late and ticket prices had sky rocketed to paycheck eating prices. I could have paid $300 -$400 for nosebleed seats and to go by myself but I really wanted the company but couldn't justify paying $600-$800 so that Dave could join. Plus, he probably wouldn't have wanted to go if he knew I would be paying a plane ticket to Asia worth of ticket.

This time, when I heard the tour announcement, I signed up for the Beyhive and set up reminders to buy pre-sale tickets once it went live on March 14. Of course, the moment the tickets went live, regular tickets were unavailable and the only VIP bundles were left at over $1000. I love Beyonce but I love my money more. Both Dave and I kept refreshing our Ticketmaster app minutes after the tickets went live. Whilst Dave gave up because of a meeting (and he doesn't love Beyonce THAT much but maybe Jay Z more) , I kept clicking on refresh while simultaneously writing emails and after maybe 15 minutes, tickets finally popped up. I couldn't believe it when I saw the price was only $130 per ticket! People said tickets cost an arm and leg but $130 is one fancy dinner for two we can skip out on. I was willing to get nosebleed seats as long as I got tickets but it was in the last row of section 121 which wasn't bad at all.  Without a moment of hesitation, I snatched up the tickets. Total: $310. 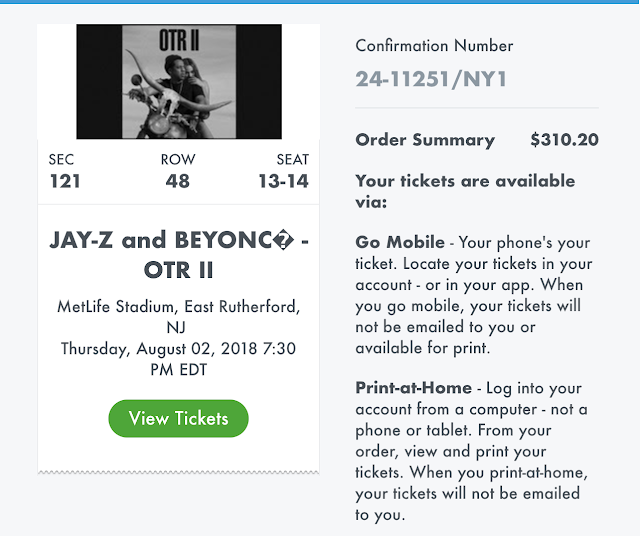 Not too long after the tickets went on sale, they announced a second date for the concert. If I had known earlier, I would have opted for the Friday night show because you know, who likes going out on a "school" night. And after my poor experience,  Friday could have been so much better. Of course, a friend of mine went to the Friday night concert, splurged on last minute floor tickets for only $300 and had the most amazing time ever!

I had fun but there were just too many factors that night that made it one of the worst concert experience ever. First, the concert was at Metlife in New Jersey which was a longs way for us to get to. A thunderstorm / tornado watch delayed the concert for hours. The concert ended around 1:30 a.m. and we got home after 3 a.m.! And to make matters worst, I got my period in the middle of the concert right before Beyonce sang my fave songs "Girls We Run The World" and "Formation" which I had to listen to from the bathroom. Not only that, I didn't have any pads on me and basically panhandled coins to buy a diaper (= 25 cents sanitary pads) from the spider-web clad dispenser. No one carries money anymore (like myself!)! Even the vendors didn't carry coins because all the food were rounded prices.  And don't get me started on the price of a water bottle which I would have gotten if they didn't pour water from a plastic bottle INTO a plastic cup to then serve. That's way too much plastic being used for water! Anyway, concert was great but I was pooped. I wanted a do-over!

Here are some pictures. I found out on the day of that my neighbor was also going to the concert with a few friends so we all went together. I think she said they paid $500 for her tickets... 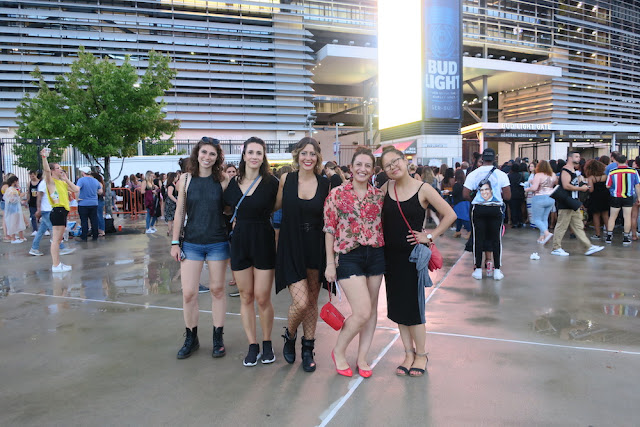 Chloe X Halle opened the show followed by DJ Khaled and a bunch of guest artists we did not know. 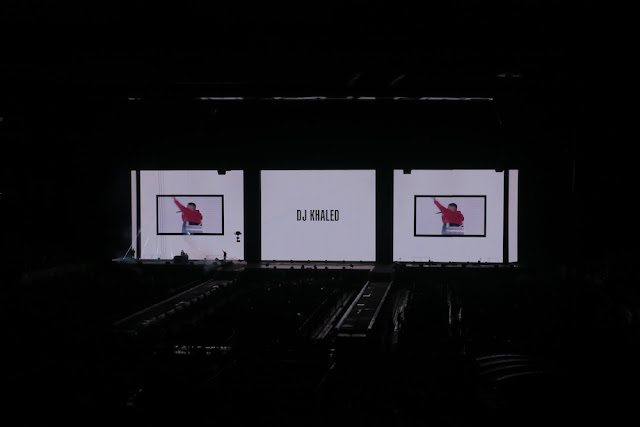 I captured more things on video including the stadium evacuation but is too big to upload here.

10:15 p.m. The stadium was evacuated. Everyone had to seek shelter until the storm passed. 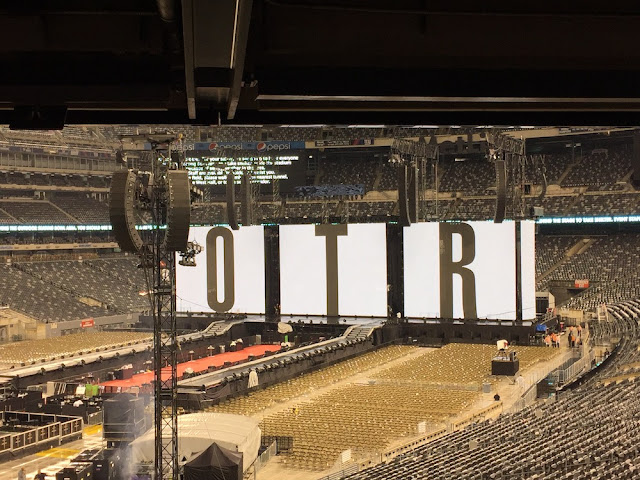 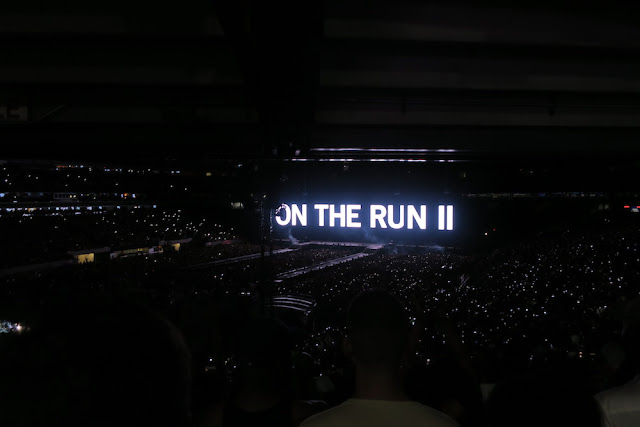 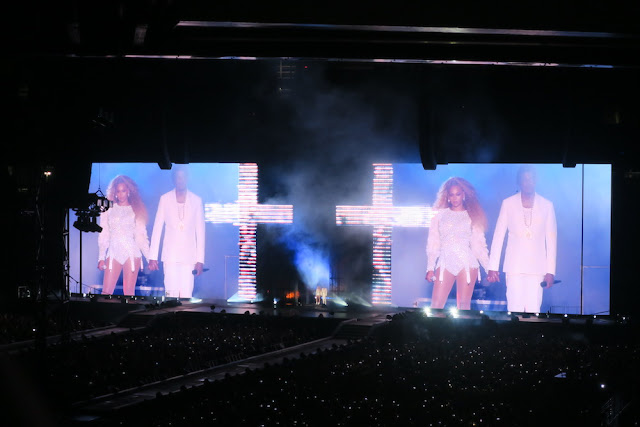 We left before they finished the last song so that we could catch the train before the mob. We still got home ... 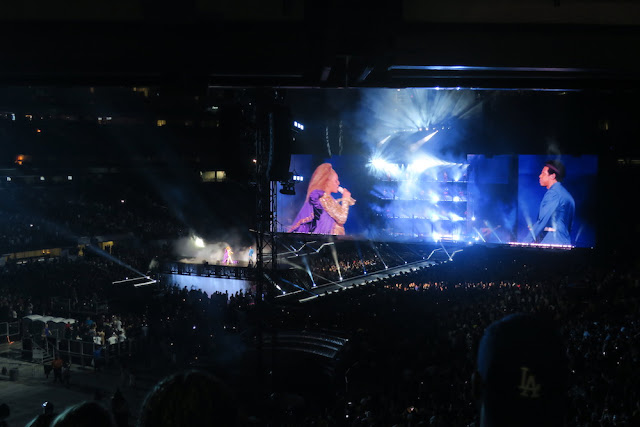