Oops, another late post. Meant to publish this in September when I went to the sale on September 15th 2018.

As you may have noticed, I do not go to as many samples sales as I have done in the past. Lately, I just go to the ones where I know I can score nice deals or just to pick up some closet staples. I haven't been to a Rodarte SS in a while but that one time I did, I picked up $10 collab shoes (which I wore once and resold for $75, super soft tees I also resold and a hoodie I still wear to this day. They host a sale once a year and skipped one last year I believe. As always, you have to RSVP and then they tell you the location of the sale via email. This year, I was aiming to arrive an hour before the sale started at 10 a.m.  on a Saturday morning. In the past, the lines were long and painstaking long. You also want to be one of the first ones to enter so you can find the limited deals.

I arrived maybe around 9:15 a.m. and to my surprise, I was first in line. There were only 3 of us when doors opened at 10 a.m.. This sale definitely lost its popularity. 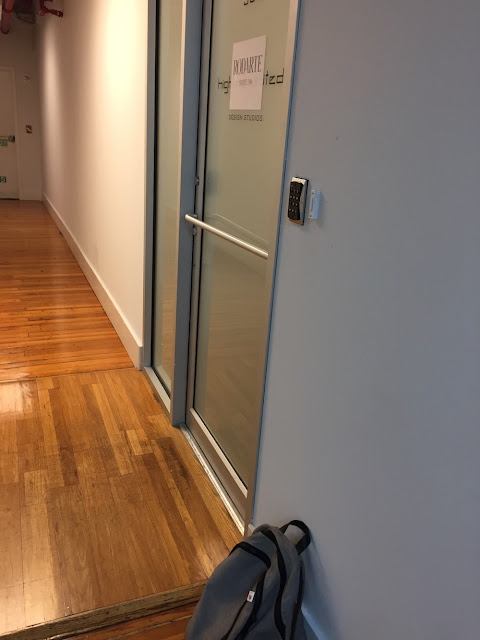 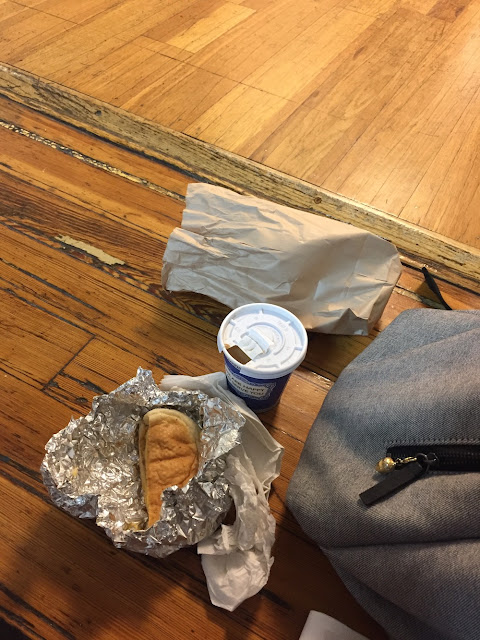 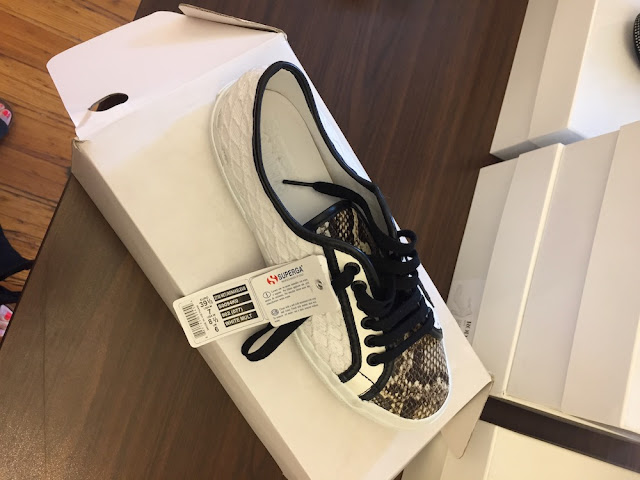 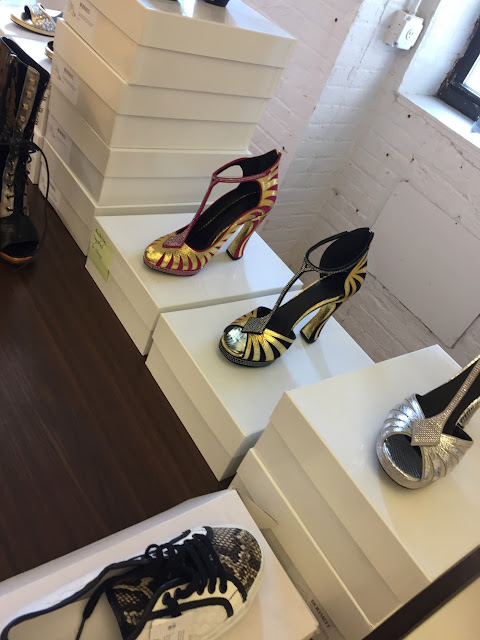 There was one bargain bin which was filled with $20 tees. I don't believe I've seen this at past sales. $20 tees are based on color (teal, red, green and blue) while standard colors (white, black, navy, grey and pink) were $65 (similar to past sale prices). Rodarte tees usually retail at $110+.
Sweapants and hoodies are $90 while tank tops are $45. There was a seperate table for pants, knits and accessorices which were all price as marked. Studeed belts in black and white were priced at $375. Denim are $50. I spotted one large gray Coach X Rodarte leather purse for $500. Considering the collab over and sold out, this could be a coveted item. No one touched it.

By the cashier, a spread of $50 jewelry (earrings, necklaces, bracelets, brooches) was laid out across the table. There was one pair of teal Oliver Peoples X Rodarte for $100.

In all you can find some great deals if you take the time to look through the racks and lone pieces. One lucky shopper who checked out before me found a $7 silky lingerie top. 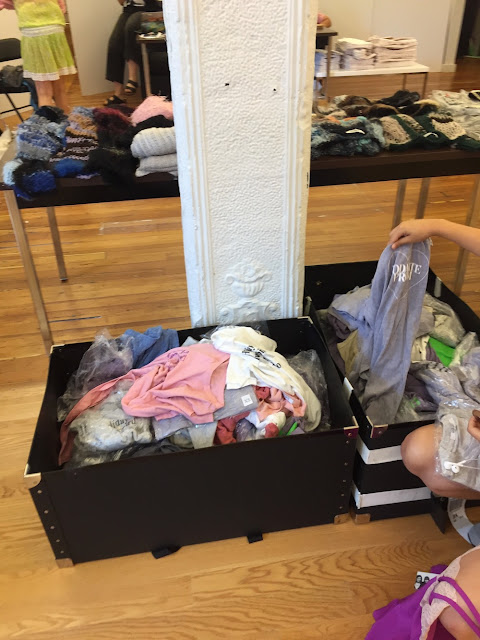 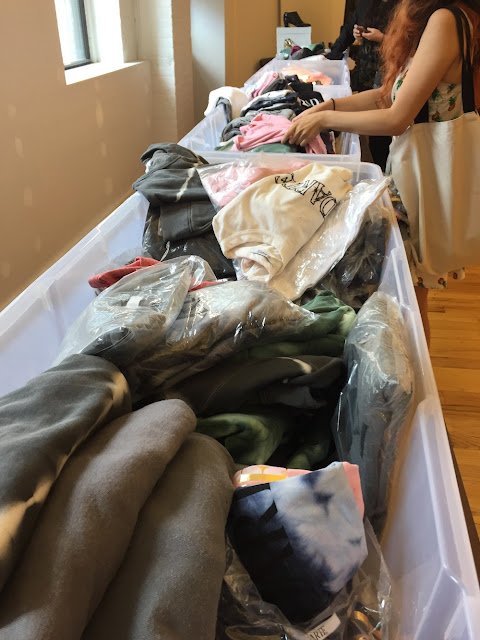 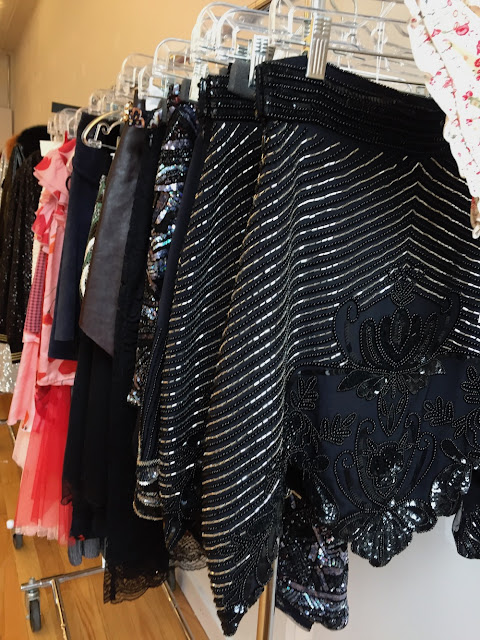 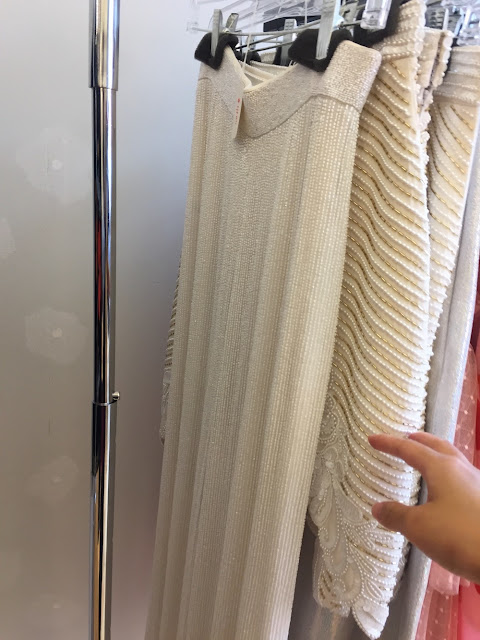 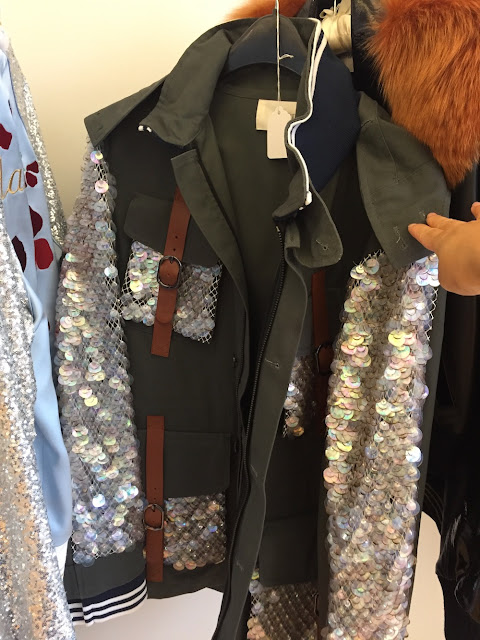 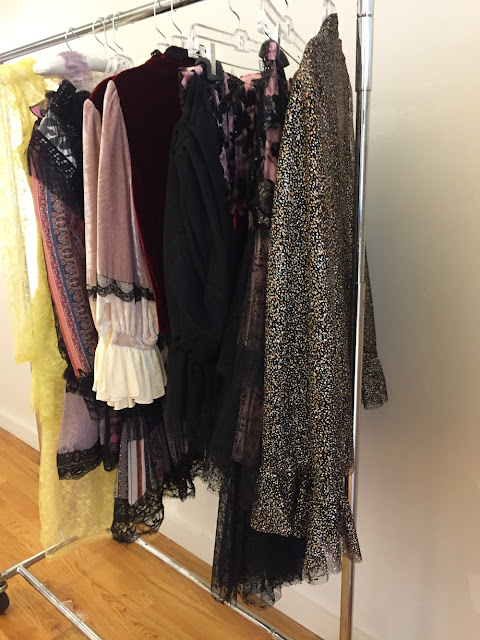 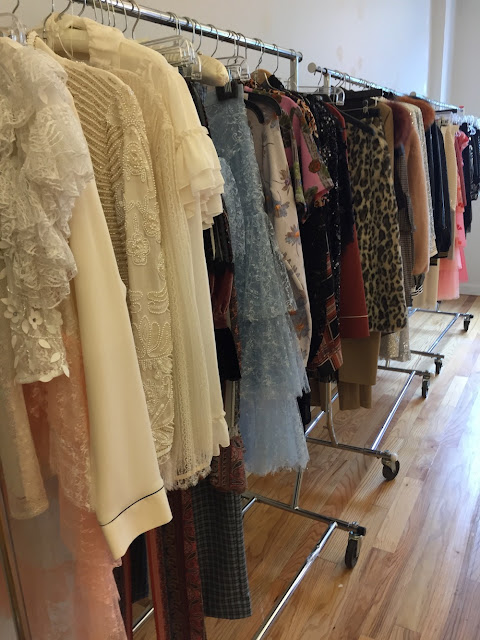 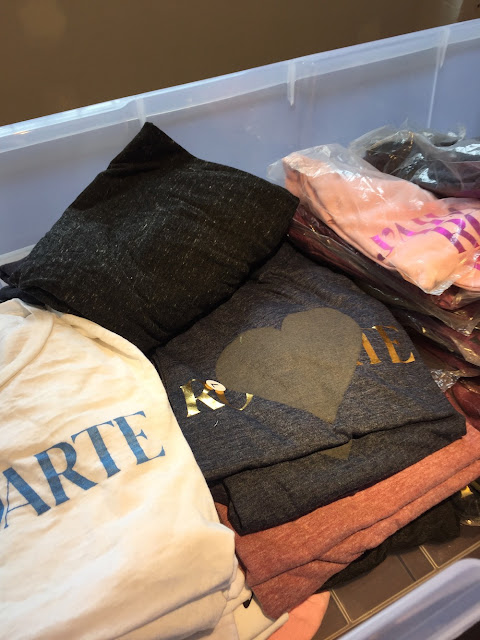 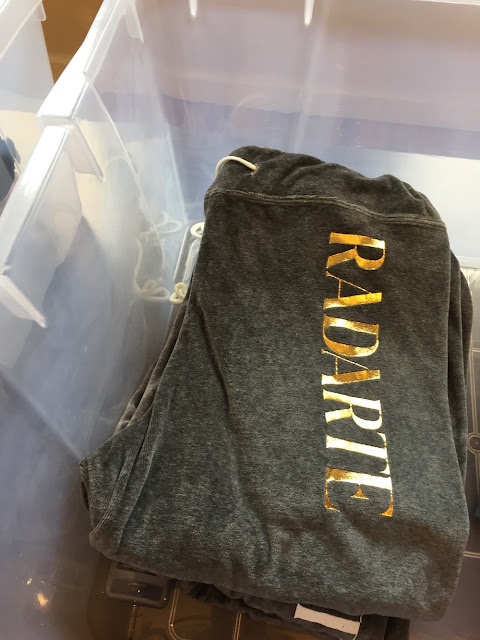 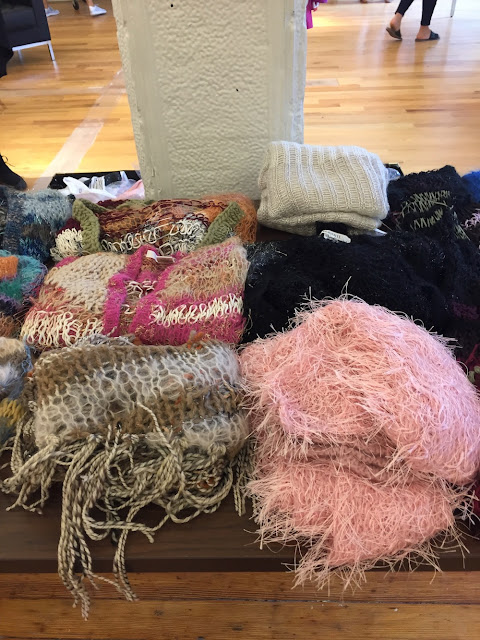 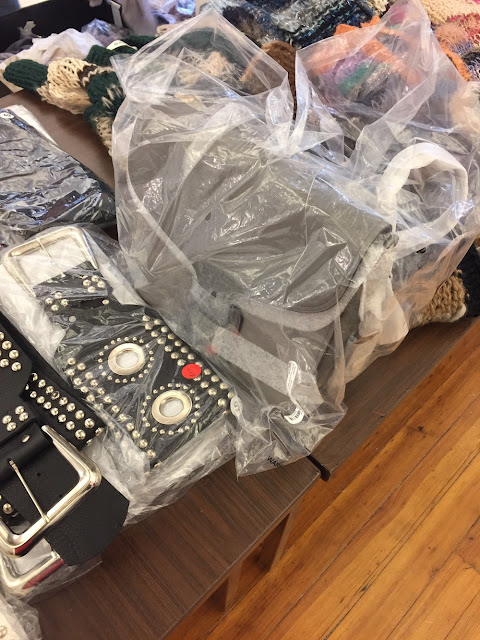 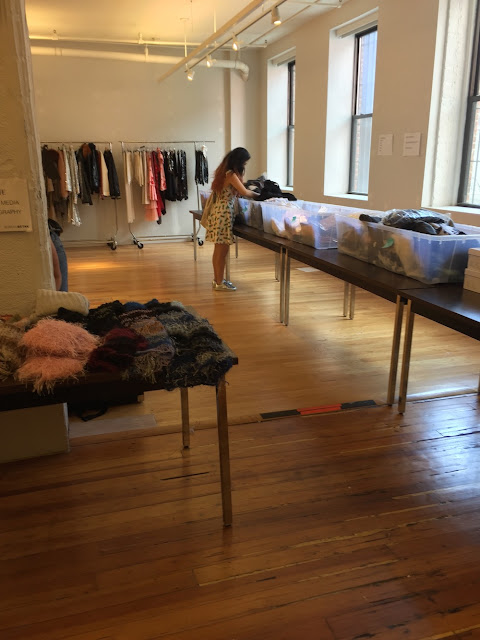 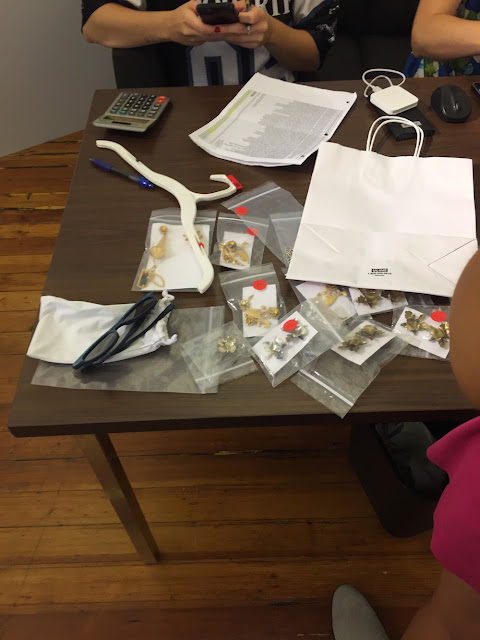